To the informed, 2018 has shaped-up to be the year of the full frame mirrorless, with Nikon, Canon and possibly (as of this writing) Panasonic and Pentax joining the ring which Sony currently holds reign , and many have asked:

“Will Fujifilm launch its own full frame mirrorless system too?”

As Fujifilm’s beliefs go, this does not seem to be the case for the foreseeable future and Fujifilm is clear about its focus on both APSC and Medium Format with the recent X-T3 release and now….

Firstly, I am not going for the argument by Fujifilm that APSC X-Trans can match full frame as of course simple physics will tell anyone the depth of field alone does differ. To answer this, I will simply say,

“why go full frame which is a small jump from APSC when one can have medium format which is 70% larger than full frame?” 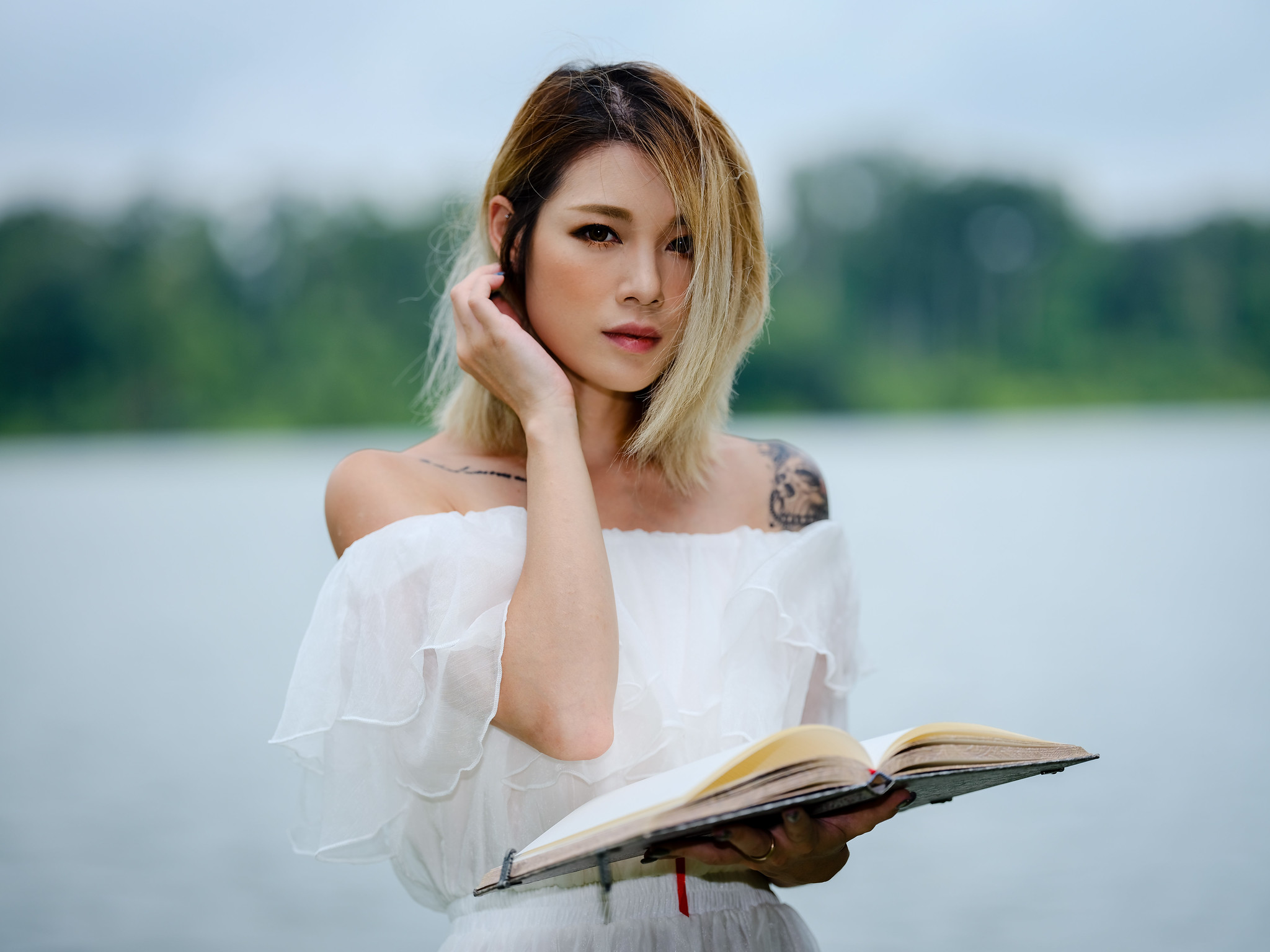 Not just any medium format, but one that’s more affordable and portable and Fujifilm’s focus becomes clearer in developing two competent systems across both ends instead of joining the now overcrowded full-frame mirrorless fray.

The GFX50R, where the medium format mount can swallow a lego figurine.

Here’s a scaled quick comparison of sensor sizes for those who cherish every single millimeter square of extra potential. (source: Petapixel) The GFX50R’s medium format sensor is larger than a full-frame sensor by approx 70% and the APSC sensor by approx 300%.

My first experience with medium format was the Fujifilm GFX50S and GF63mm F2.8 in 2017 (review here) and of course from there it got slippery quick with the GF110mm F2, GF23mm F4, GF45mm F2.8 and more recently, the GF250mm F4. (links to respective reviews on the lens models) 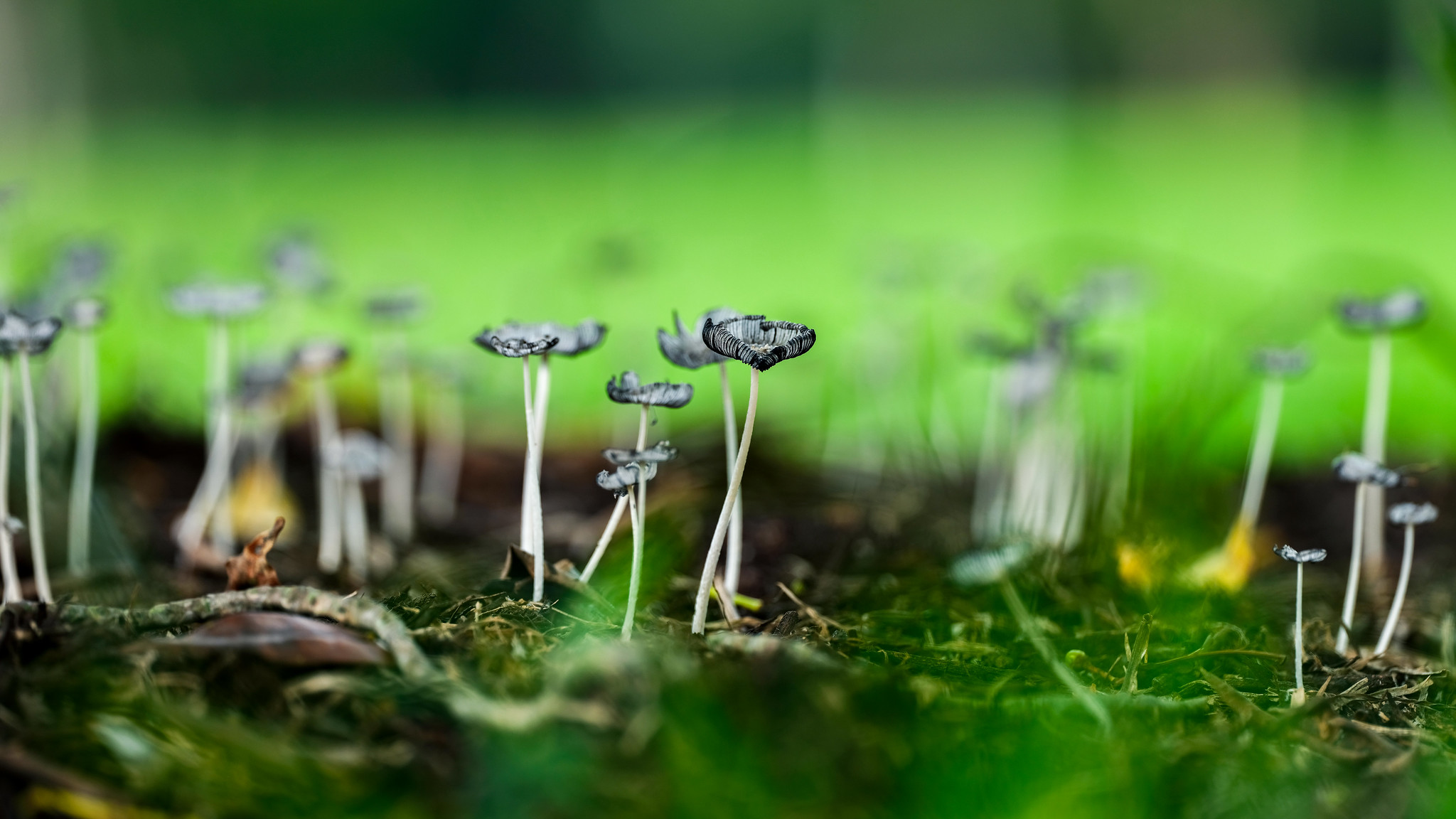 And let us take our attention to the GFX50R now.

Unboxing the review set of the GFX50R, I was initially taken aback with the similarity of the design and form with the Fujifilm X-Pro2 and X-E3 and this seems to be really the case with the design of the GFX50R’s form.

On the LCD side, one is provided extremely convenient access with well-placed buttons for the standard array of functions plus 3 mappable Fn buttons, with the 5-way (depressing it works for selection of options in the menu) joystick ensuring easy access to adjusting focal points in a jiffy.

Gone is the large cooling box that used to give extra thickness to the GFX50S, and the GFX50R now measures 161mm x 97mm x 66mm in which is very similar to the Hasselblad’s X1D’s official dimensions of 150mm x 98mm x 71mm.

On the top panel, we have the dials for Shutter Speed, Drive mode, Exposure Compensation and yes, the ISO values can be changed either using the dial under the shutter or using the Fn button next to the Shutter speed dial so there’s no loss in access.

The beauty of this design is that it has been pared down to the basic necessities of photography, showcasing one of the strengths of Fujifilm’s design, which includes direct access to Aperture adjustment, Exposure compensation, Shutter speed and of course ISO values.

On paper I was told to expect the exact same camera just in a different form since the GFX50R shares the same sensor and imaging processor as the GFX50S but then to me personally that’s no issue as this sensor/processor duo basically still stands it own ground even in 2018.

(note, for a while Fujifilm has stopped providing spec sheets to minimise leaks, so pardon me if the list below contains mistakes and I will rectify them immediately if that is the case)

So… what does this numbers mean for image quality? See below. 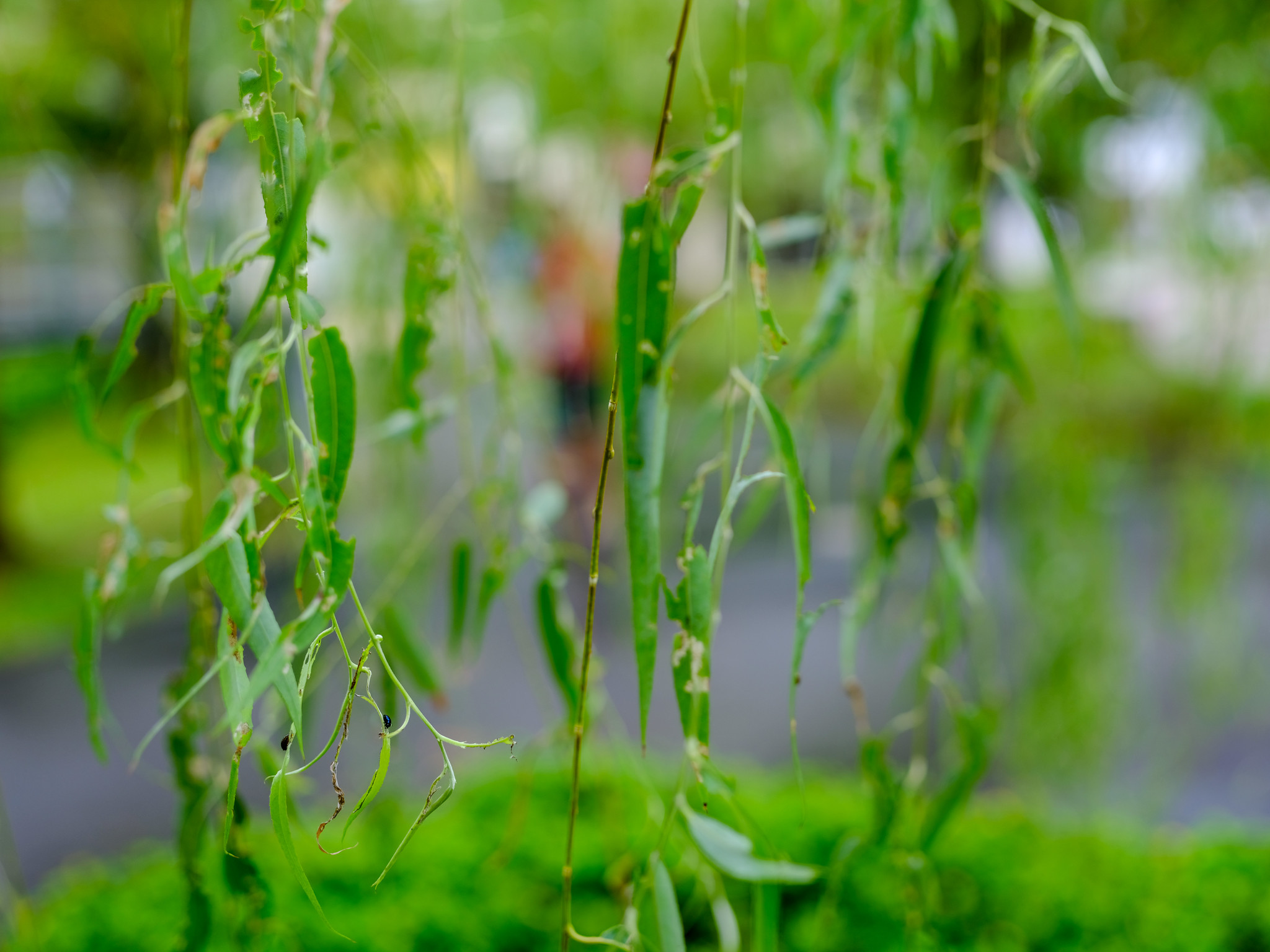 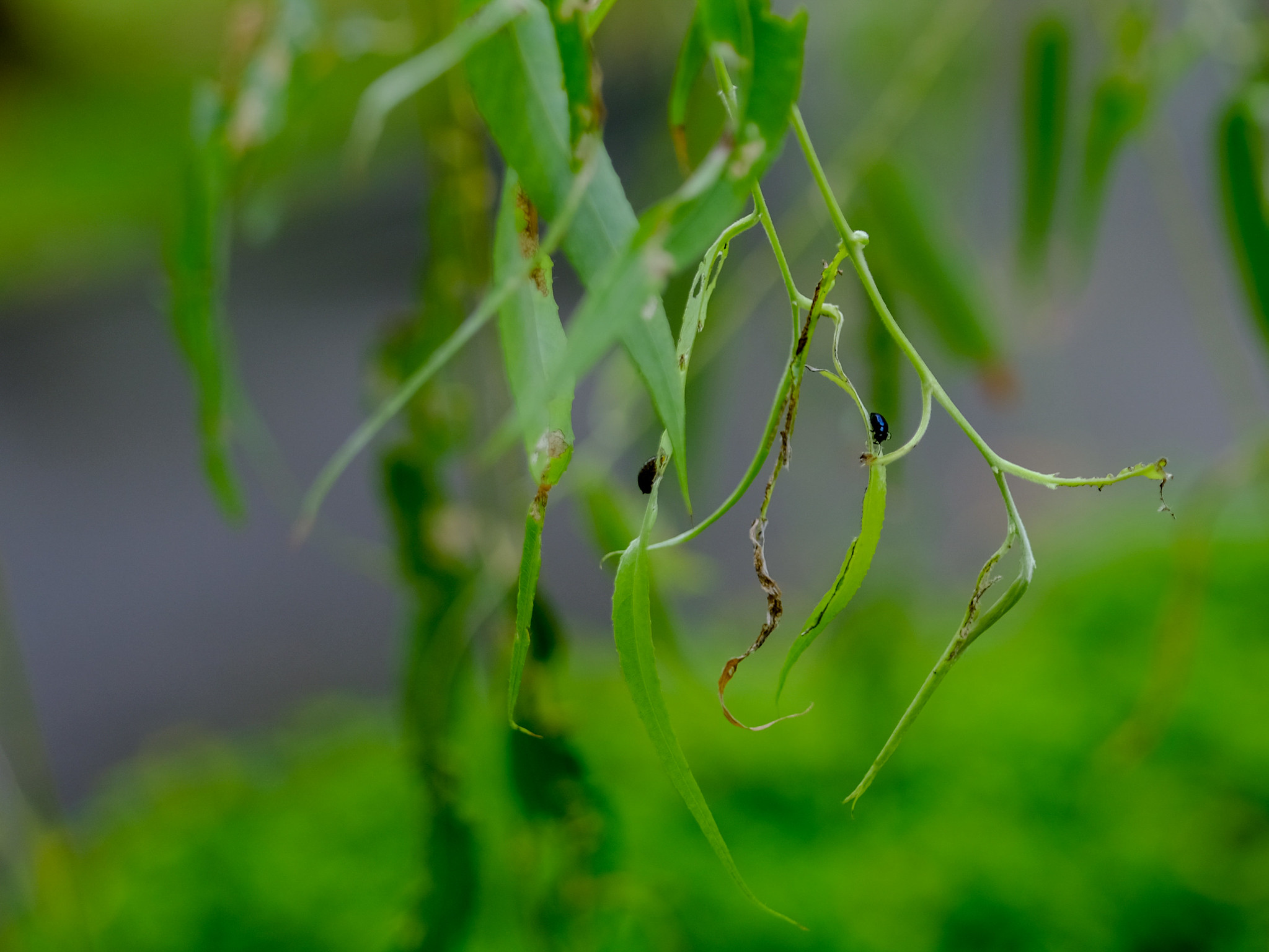 Top original image , bottom image is crop of the bottom left corner to show the sheer amount of details one can work with.  Yes, that’s a drop of dew on the bug on the right you see.
GF45mm F2.8 @ ISO100

and yeap, all the shots you will see here in this review are handheld, not shot on tripods.

After using the GFX50R for the short 4 days I had, the GFX50R came to feel as very different camera from the GFX50S through the numerous design refinements.

Fujifilm has taken note of what’s important to the users and have made improvements to them in little but noticeable ways, for example the on/off switch that is now more robust and ensuring that one still gets dual UHS-II SD support even with a slimmed down GFX50R design.

Running contrary to X-Pro2’s design, the GFX50R comes with a handy 2-way tilt LCD screen for the awkward angled shots. The LCD screen is touch-enabled, with useful gestures for zooming in and even Touch-Af and Touch-Shutter.

The charging port, USB-C port have all been placed at the bottom too, ensuring no loss in any functionality. A mini-HDMI port and one for remote is quietly tucked away at both the top corners.

And not forgetting the electronic viewfinder, which is … awe-taking beautifully immersive and bright, which in my experience was brighter than the GFX50S’s. One thing to note though is if one wishes for an articulating EVF, the GFX50S is still the way to go with its own EVF tilt-adapter.

The grip area emphasises the slim profile of the GFX50R, making this a most svelte camera design, but of course a possible issue is it does get a bit front heavy when fitted with the larger GF lenses such as the GF250mm F4.

Of course, one will want visual comparisons of the GFX50S and GFX50R side by side.

Visually, the GFX50R is very slightly longer than the GFX50S but makes up for this in the much cleaner top profile and significantly reduced thickness.

Handling the GFX50R is simply put, one of the biggest improvements over the GFX50S. I do recall one of the design intents of the Fujifilm GFX system was to allow one to bring the medium format camera out from the confines of the studio and yes, the GFX50R is the iteration that makes this dream a reality. 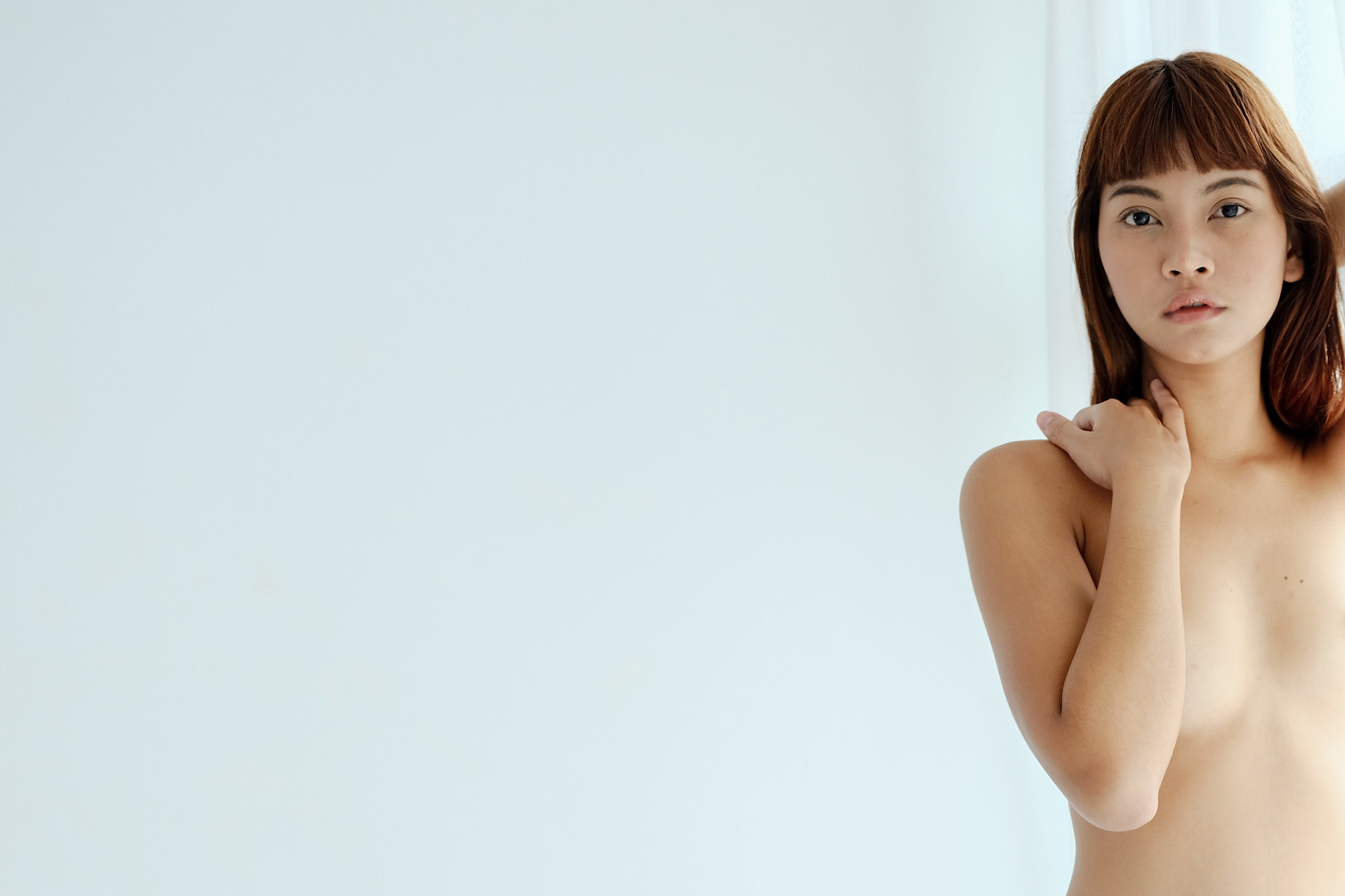 I was told the GFX50S and GFX50R would differ in form only but digging in I found 2 key improvements worth mentioning.

As always, even though both GFX50R and GFX50S share the same sensor and image processor, my belief is no decent review should be devoid of sample images shot by the reviewer and I am glad to share some samples – especially for the readers new to the system.

before anything else, pls allow me to share my standard disclaimer.

1. This review GFX50R set was provided by Fujifilm Asia Pacific for 5 days and was returned at the end of the review period. I did not receive payment in any form for this review.
2. This GFX50R in the review is a pre-production model and hence the final production model will only perform better.
3. All images shared here were either shot with a GFX50R or a GFX50S.
There is no raw support yet for GFX50R files in LR CC as of today.
4. A majority of the shots were with the GF45mm F2.8 as to me handling wise, the GFX50R body will go best with the GF63mm and GF45mm.
5. The GFX50S and all lenses used for the images were not loaned and belong to me.
6. I shoot my own product photos and the ones on this review were all shot with a X-Pro2 Graphite and XF35mm F1.4 setup. I have never liked the idea of doing a review with ‘borrowed’ official product photos. 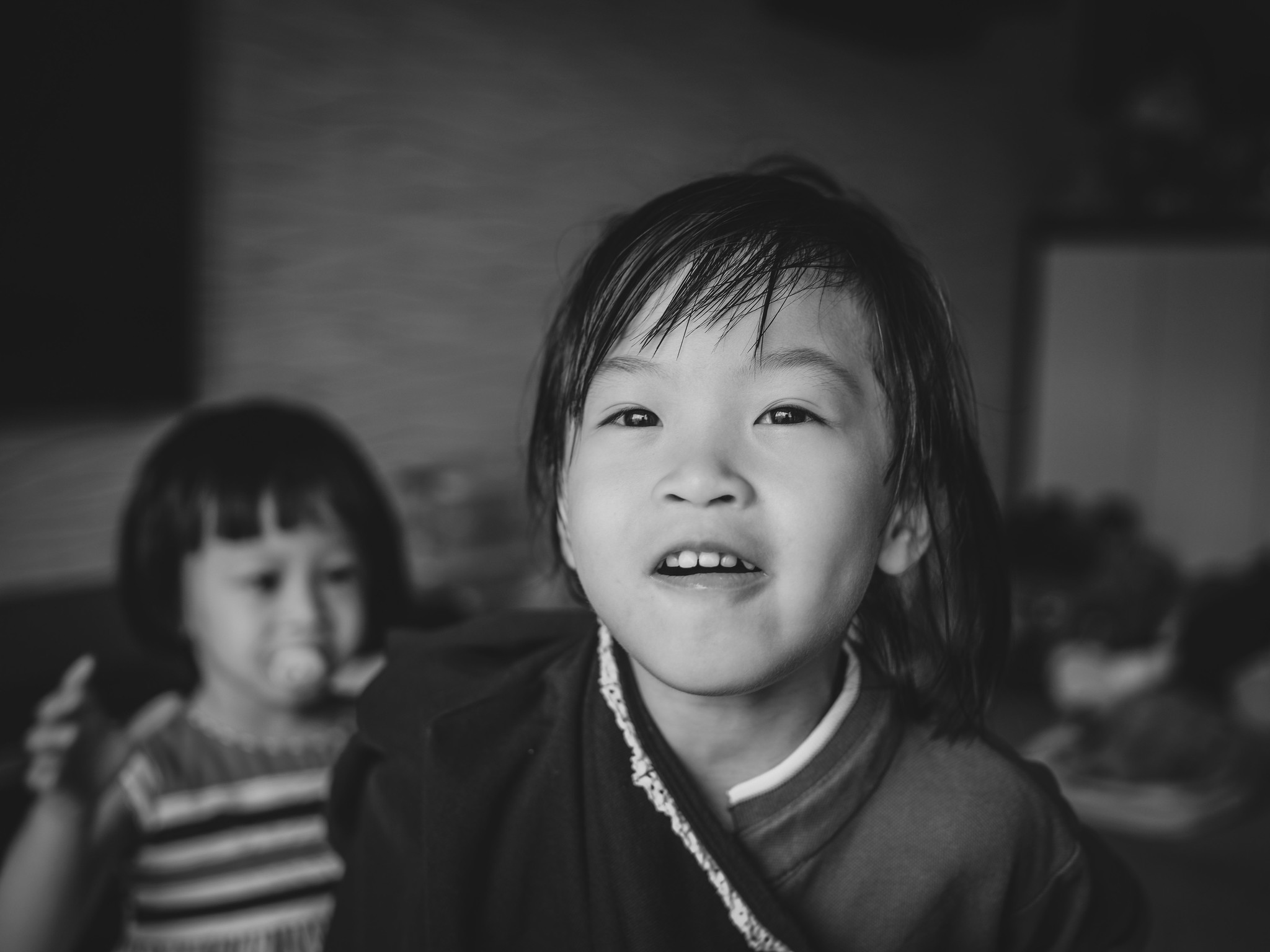 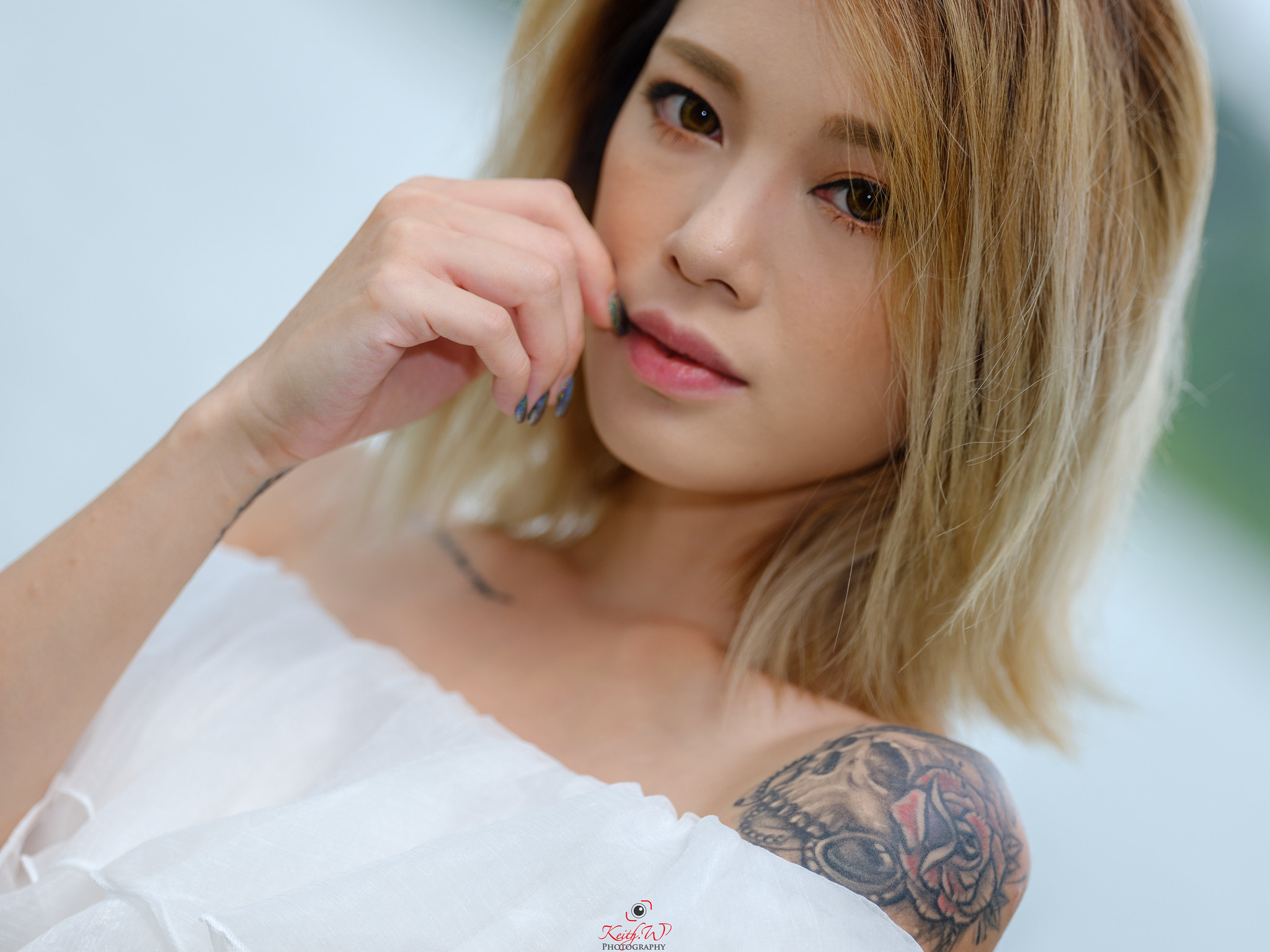 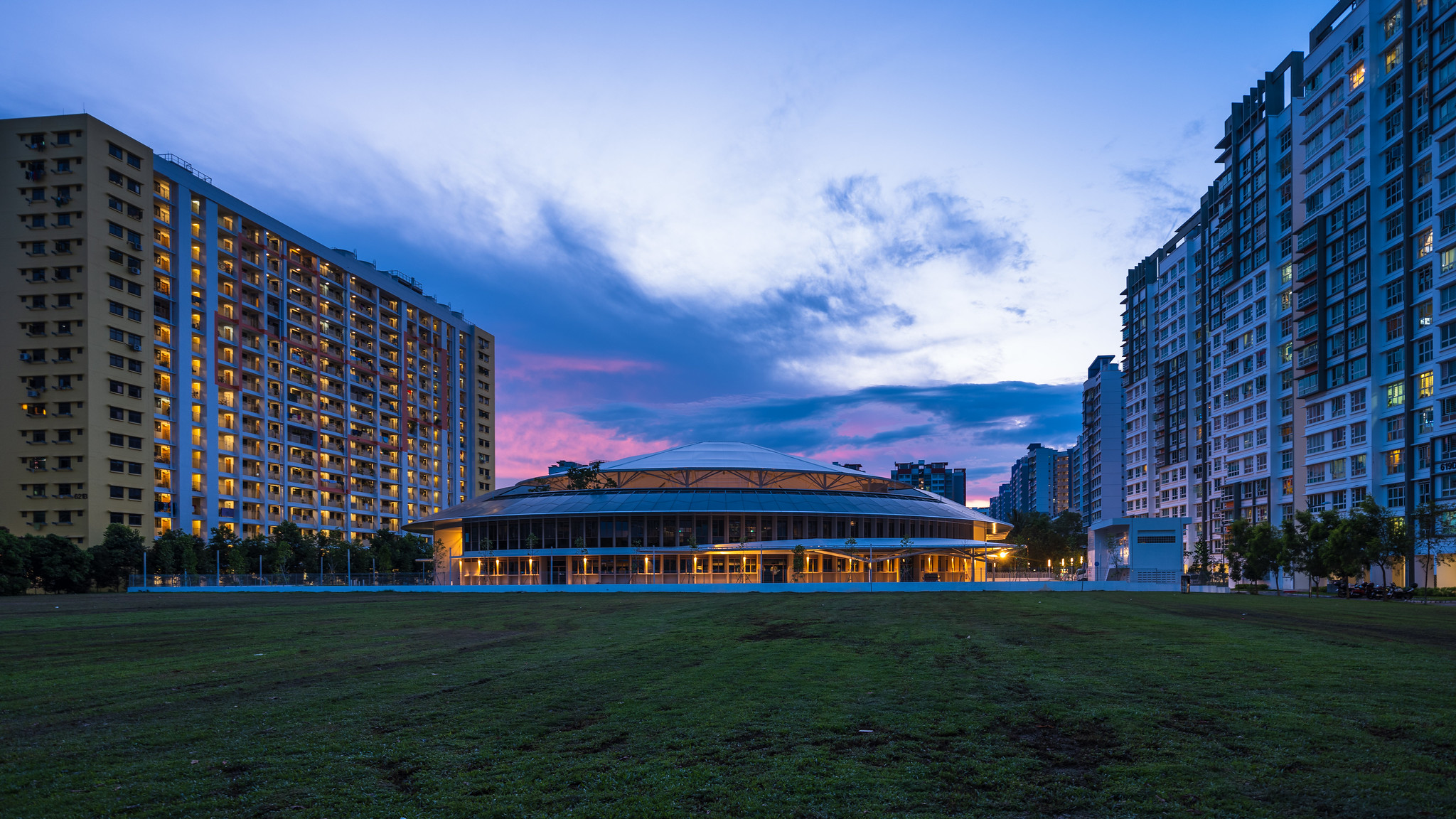 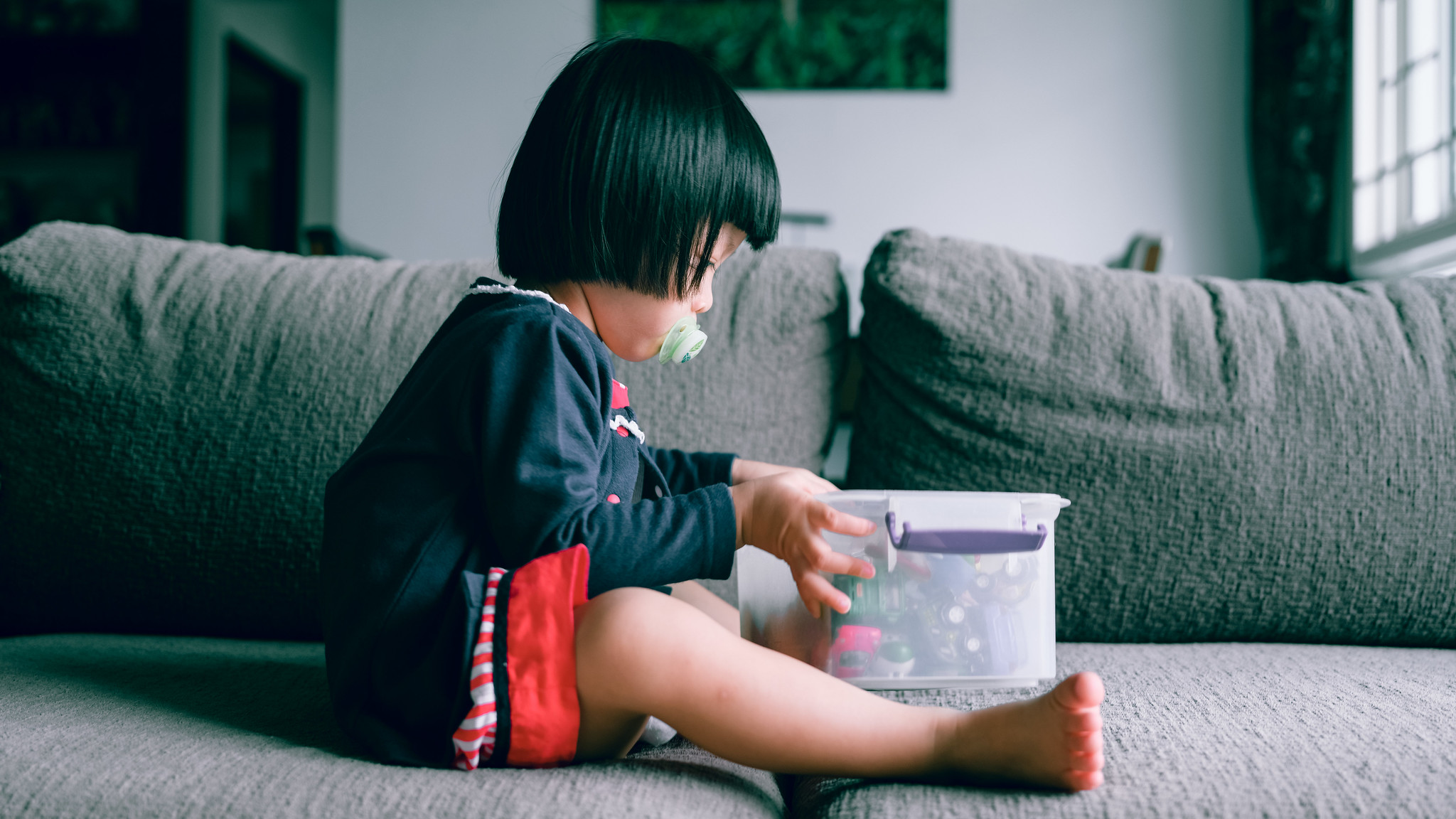 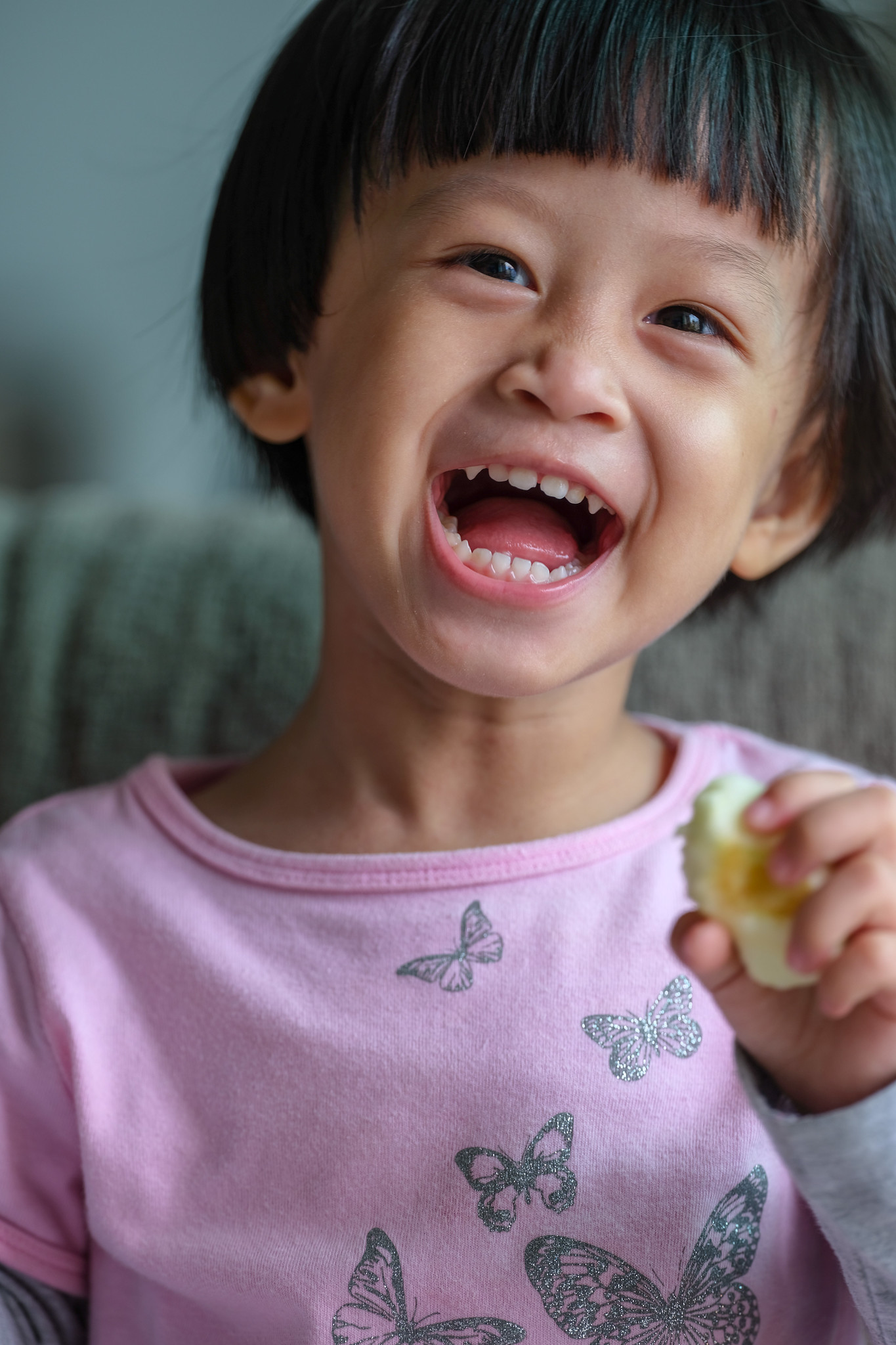 The top was already a cropped image and bottom shows the details the GFX50R easily captures with a full in crop of the shop at bottom right. 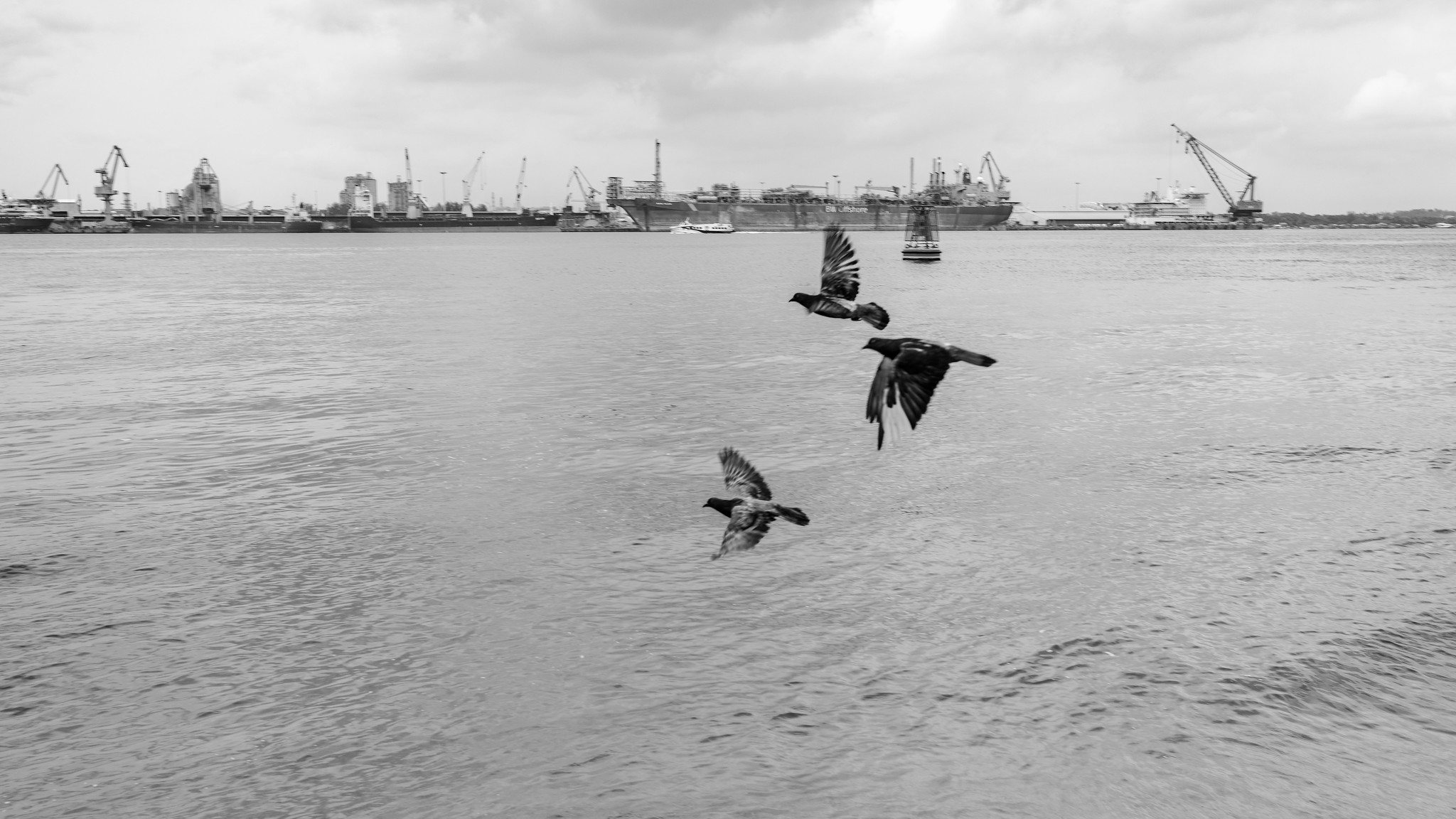 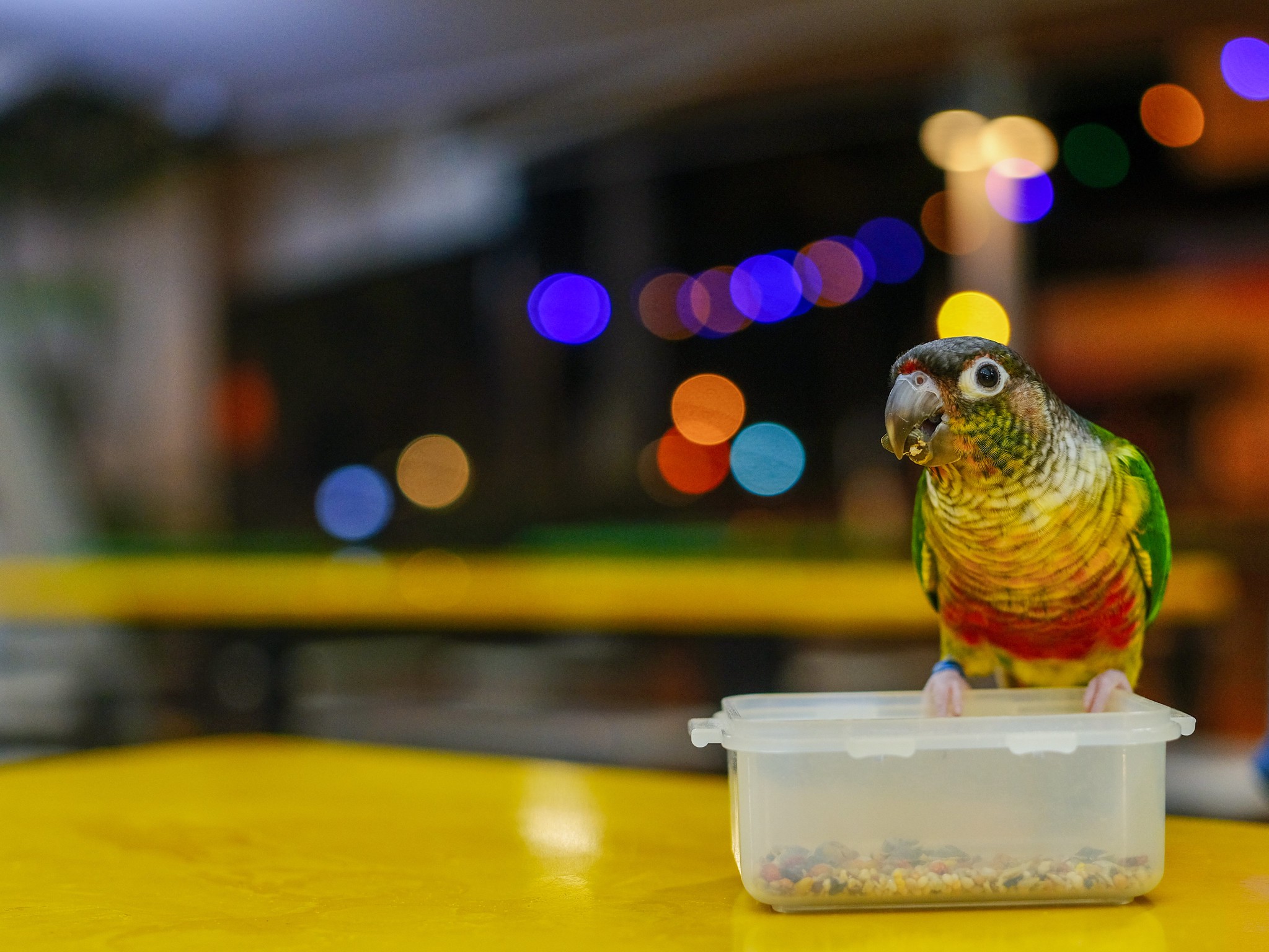 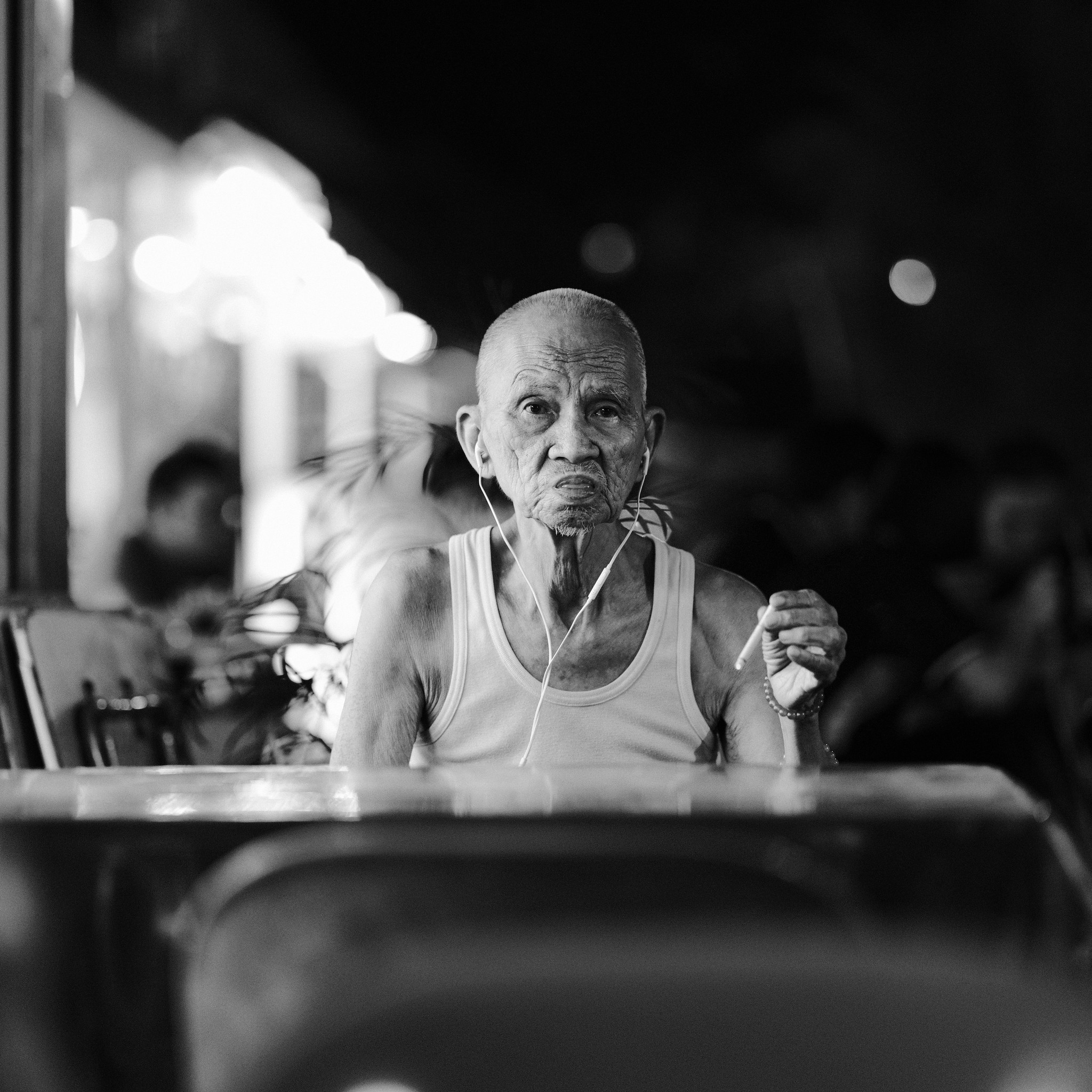 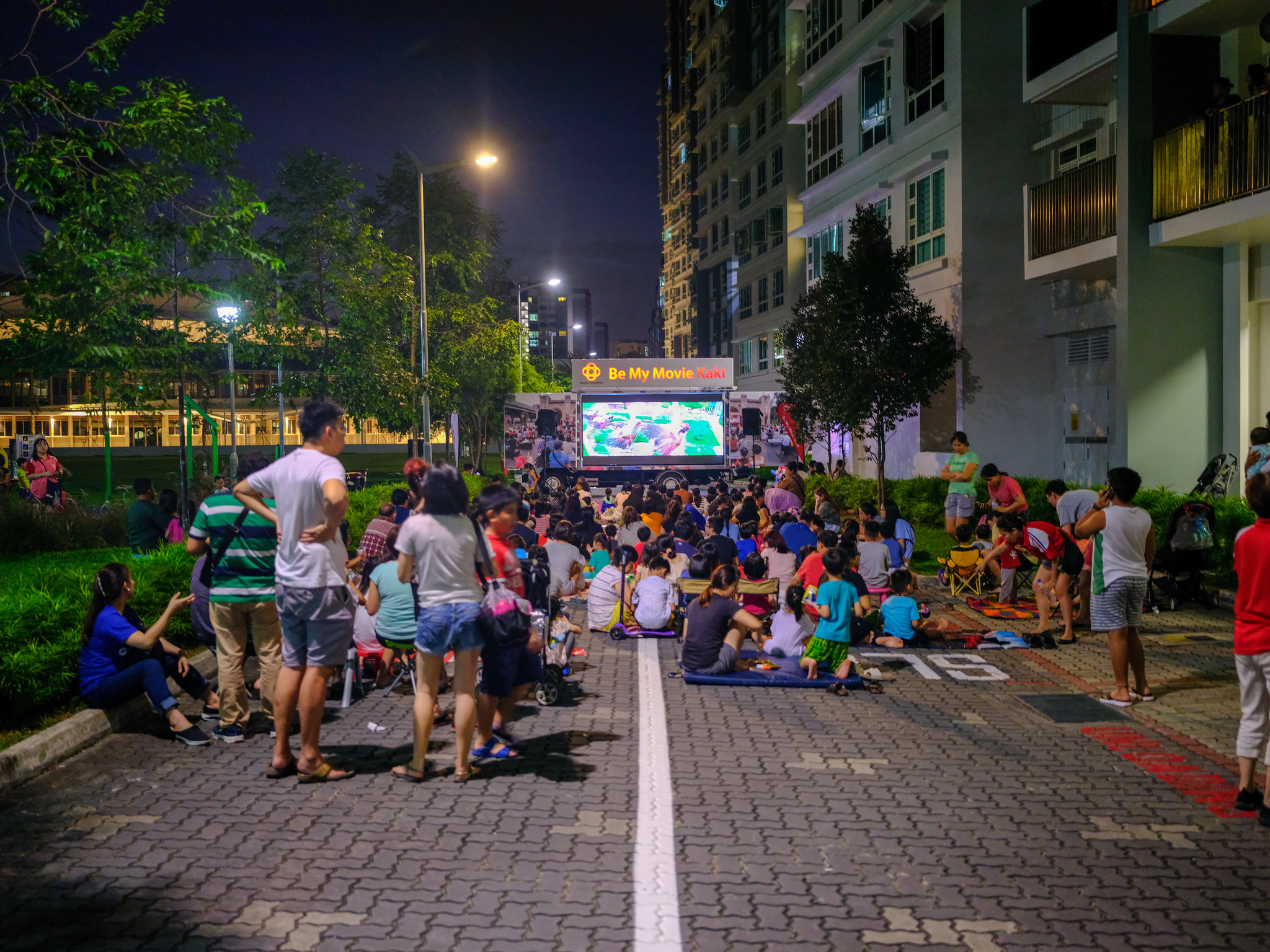 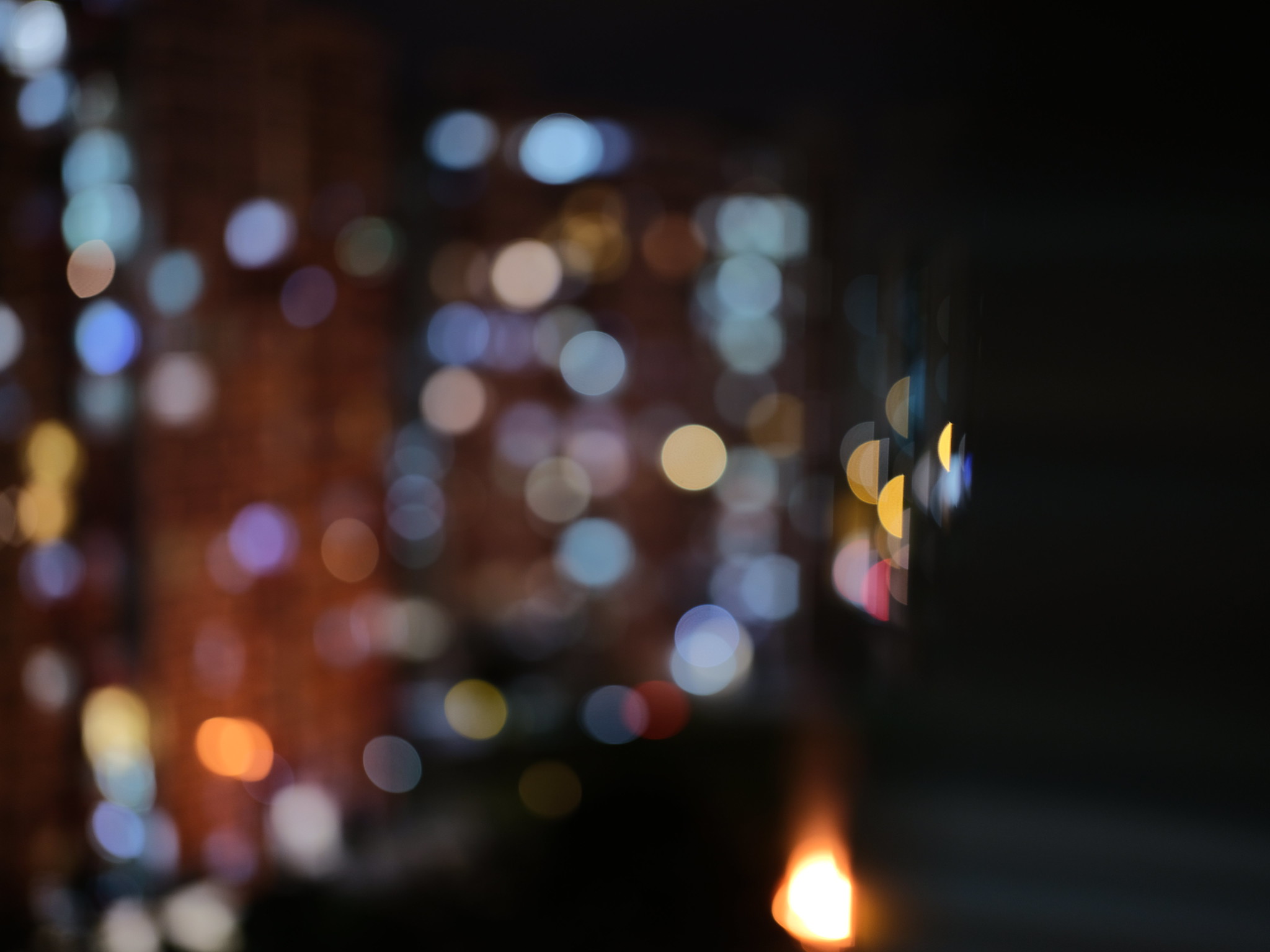 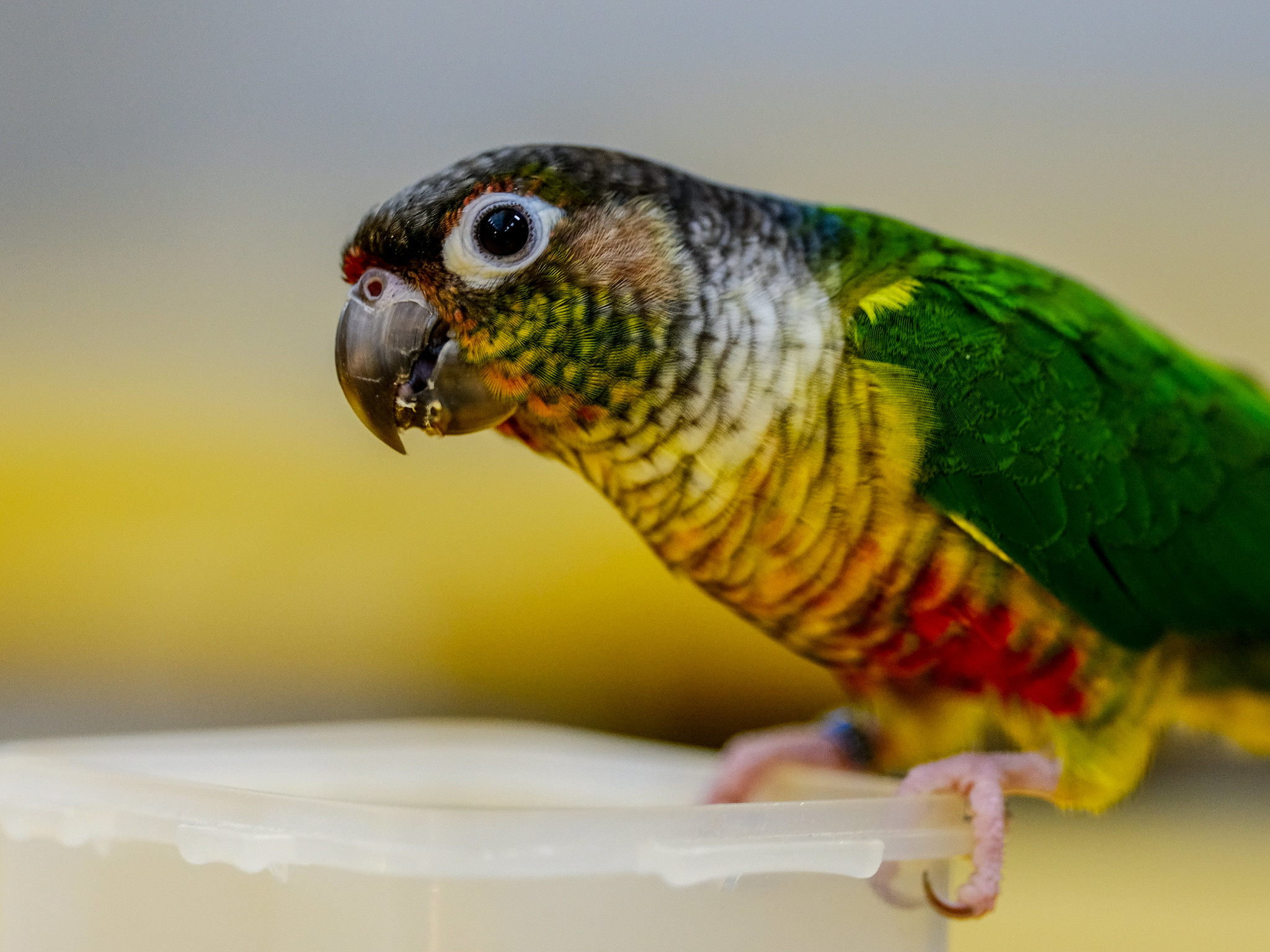 Like all medium format cameras, this format is still probably unfamiliar to most users in that most users don’t consider it within their budget or usage. Here, the GFX50R is an unique camera in that as you use it and learn to work it it, it grows on you in its own attractive ways, from the handling to the lighter form to even the rangefinder design of it.

Remember, medium format cameras are meant for pushing the boundaries of imaging quality, not for ‘speed’ shots such the the Fujifilm X-T3 with its mad 30 FPS. This said, the GFX50R and GFX50S’s AF speed and even startup times still leaves their nearest competitor from Hasselblad firmly behind.

Just like the X-Pro2, the GFX50R gives an unique form of attraction towards it, the form which makes you want to pick it up and take it for a spin now and then. Fujifilm has taken what was already great with the GFX50S and designed another character-wise different camera with it.

Ever imagine a medium format camera this compact? One that’s actually lighter than some Full frame cameras?

Now its a reality.

Even though on paper it reads that the changes are in form only with the GFX50R sporting the same sensor and processor as the GFX50S, but then with the changes in form and the multitude of meaningful improvements, we now have access to an evolved form of the medium format GFX50S, one that’s designed to be more portable, with a slight bump in AF performance and yes, lighter on the pocket and weight to bring medium format to more users.

In fact now, I see medium format as the new full frame.

14 Replies to “A Review of the Fujifilm GFX50R – Medium format in evolution.”