With the resurgence of film and related cameras, (I’m still wondering how the prices of Contax T3 can go up 300% in 4 years and still climbing) I’ve been curious about going back to the basics of photography where every shot counts and has been for the last year experimenting to see what makes film film.

And that’s probably the reason why for the past year I’ve tried out a few classic film cameras and films and its been a really engaging experience so far.

For example, if you are interested, a few of these links are:
Leica M6 with 35 Summicron with Provia 100F slides,
Yashica T4 with the Kodak Portra 400 and Fujifilm Industrial 400

and after the Leica M6 and Yashica combo, (the M6 still proves to be in a league of its own), I managed to obtain a brand new mint copy of another cult classic, the Ricoh GR1v and here’s my sharing on it. 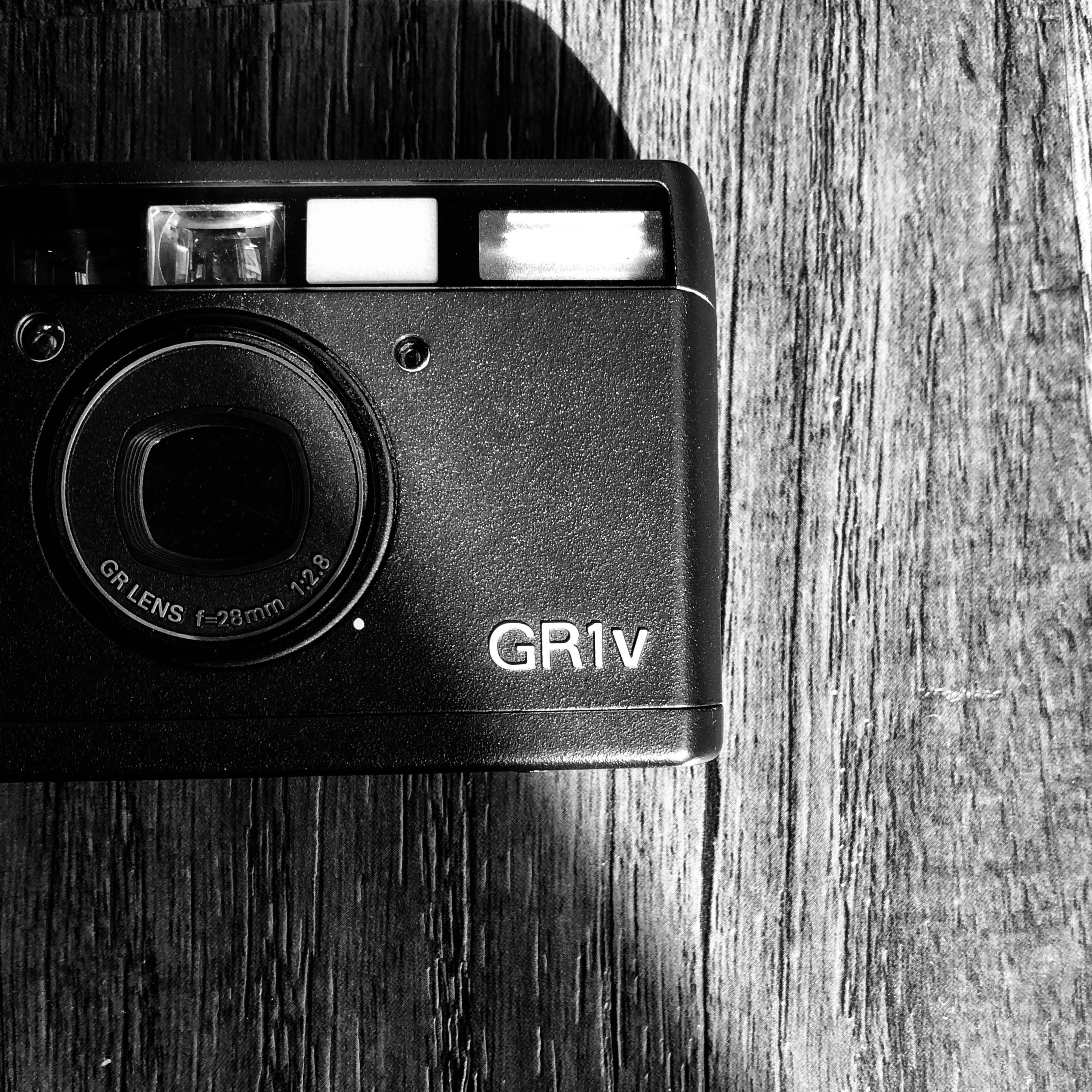 For one’s sanity, I am not going to spend 800 words on the history of the GR film cameras and the nutshell of it is the ‘recent’ digital GR II and series have their beginnings in the GR film cameras from the original GR1, GR10, GR1s, GR1v and GR1v date, and finally, a GR21 and all have 28mm F2.8 lenses except the GR21, which has a 21mm F3.5 optics setup. 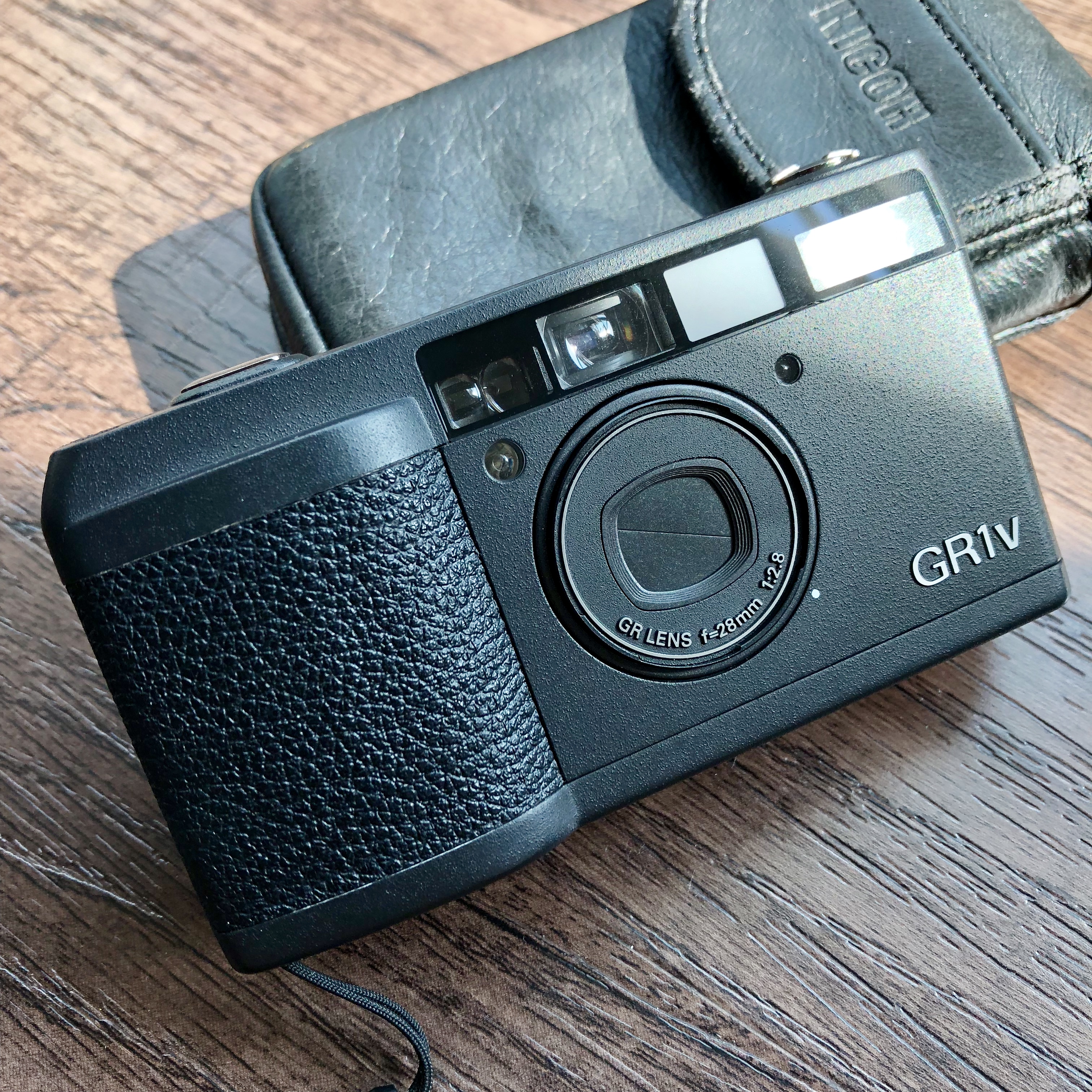 In a certain sense, the GR1v is an all in one camera, with pretty all the functions any serious users needs (it even allows one to do film ISO over-ride!)  and that to me is what makes the idea of pocketable true for this film camera.

In the series, whats stands out in the GR1s and GR1v are their improved optical coatings (now this is important as it is not possible to mount any filters), and the GR1v adds multiple SNAP distances which is even nowadays unique and a strength of the Ricoh GR cameras and manual ISO selection.

Light as they are, they are surprisingly tough and constructed of magnesium alloy with built in flash, feature truly pocketable bodies and yes, phase detection AF, the viewfinder won’t wow anyone but it is clear, pretty bright with decent information display, at the top is a backlit top panel LCD for mode setting and frame count. 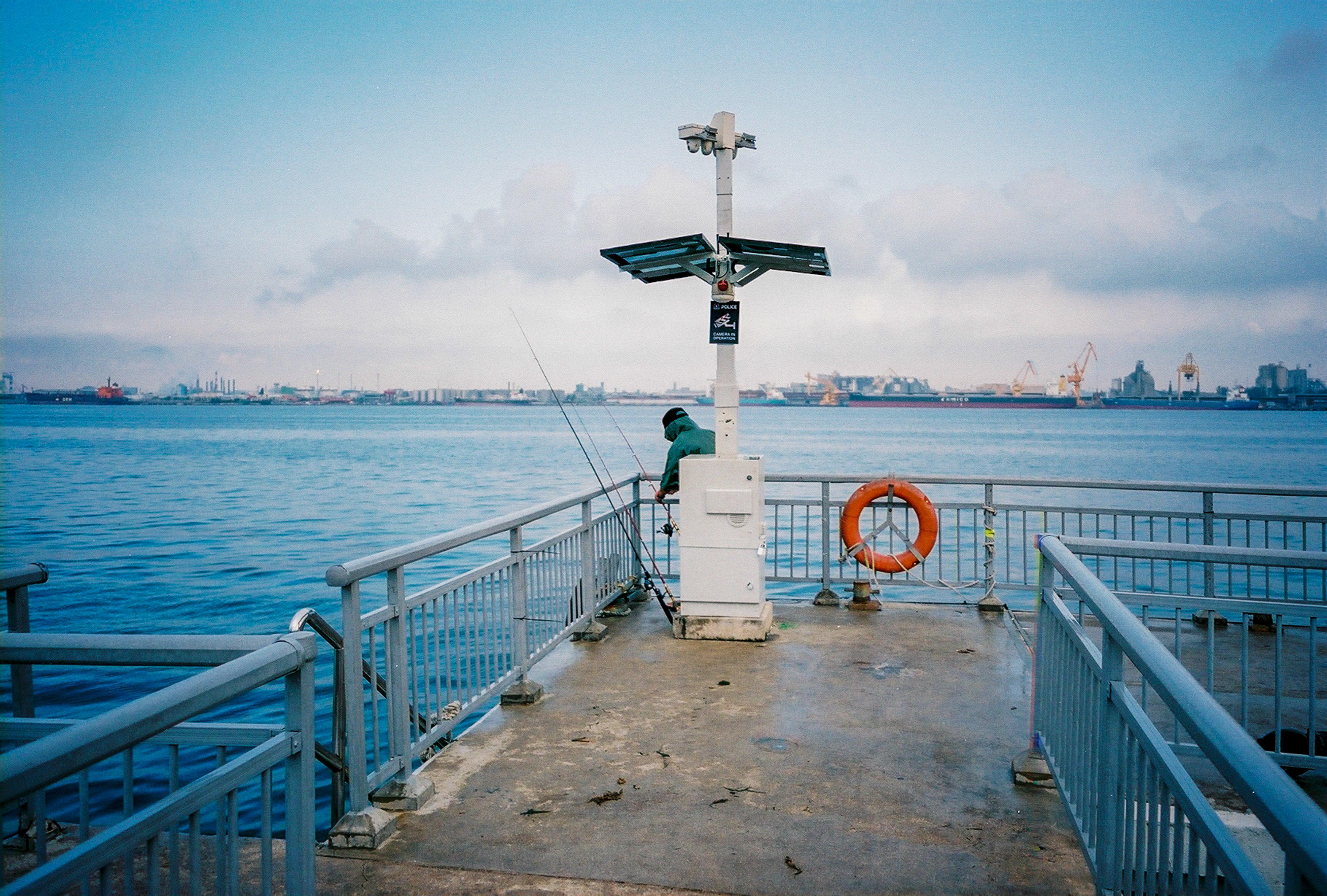 Shooting controls are lovely with 2 dials for exposure compensation, and the right moves between program and aperture selection, with manual ISO override (you can manually set the film speed). A mode button and a timer button top completes the control array. 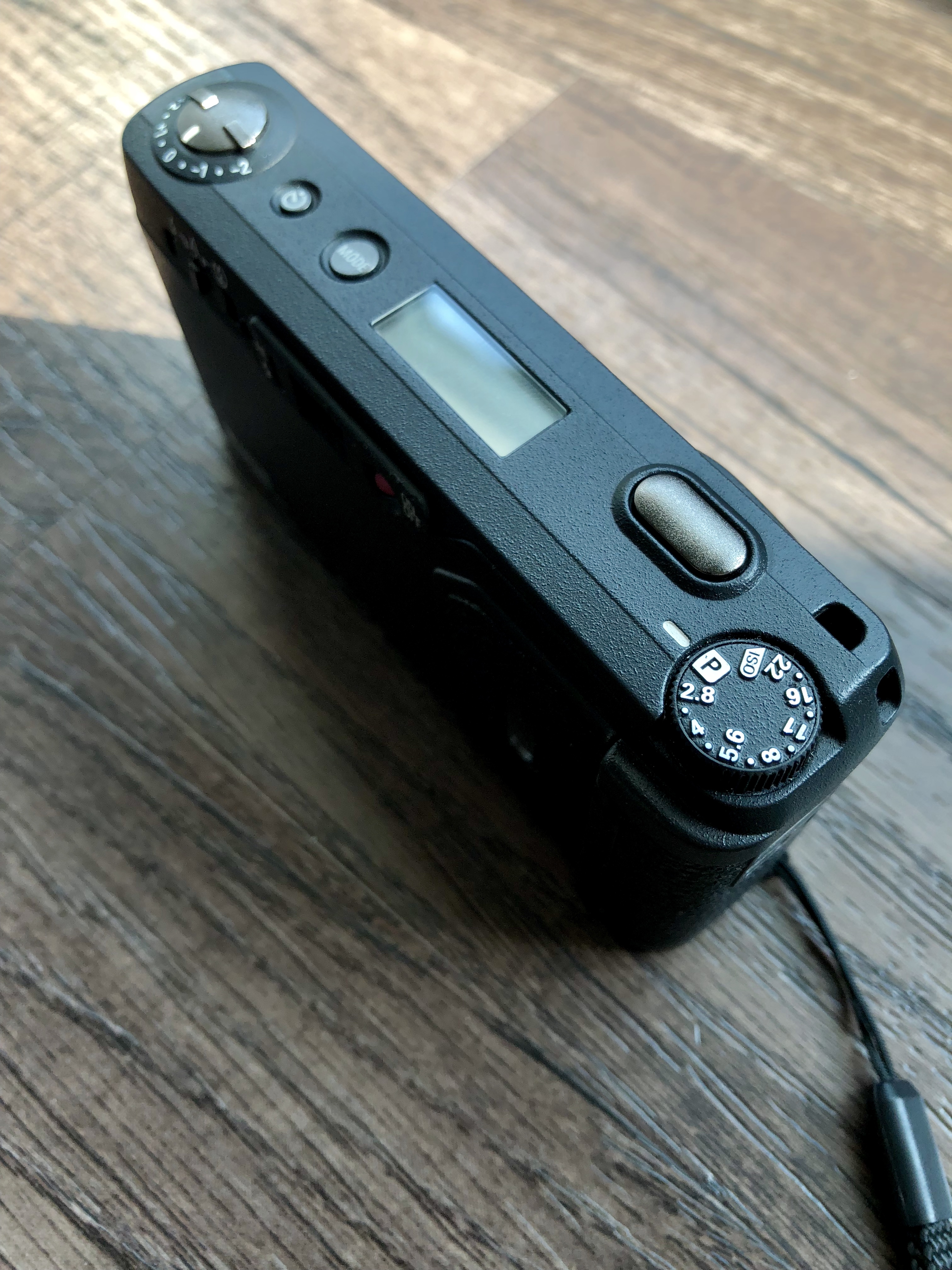 The shutter button works great with a half-press mechanism with focused areas and unknown to many, the GR1v comes with a leaf shutter and the shutter sound is an ever so gentle satisfying click, not something that one can always find with film cameras. 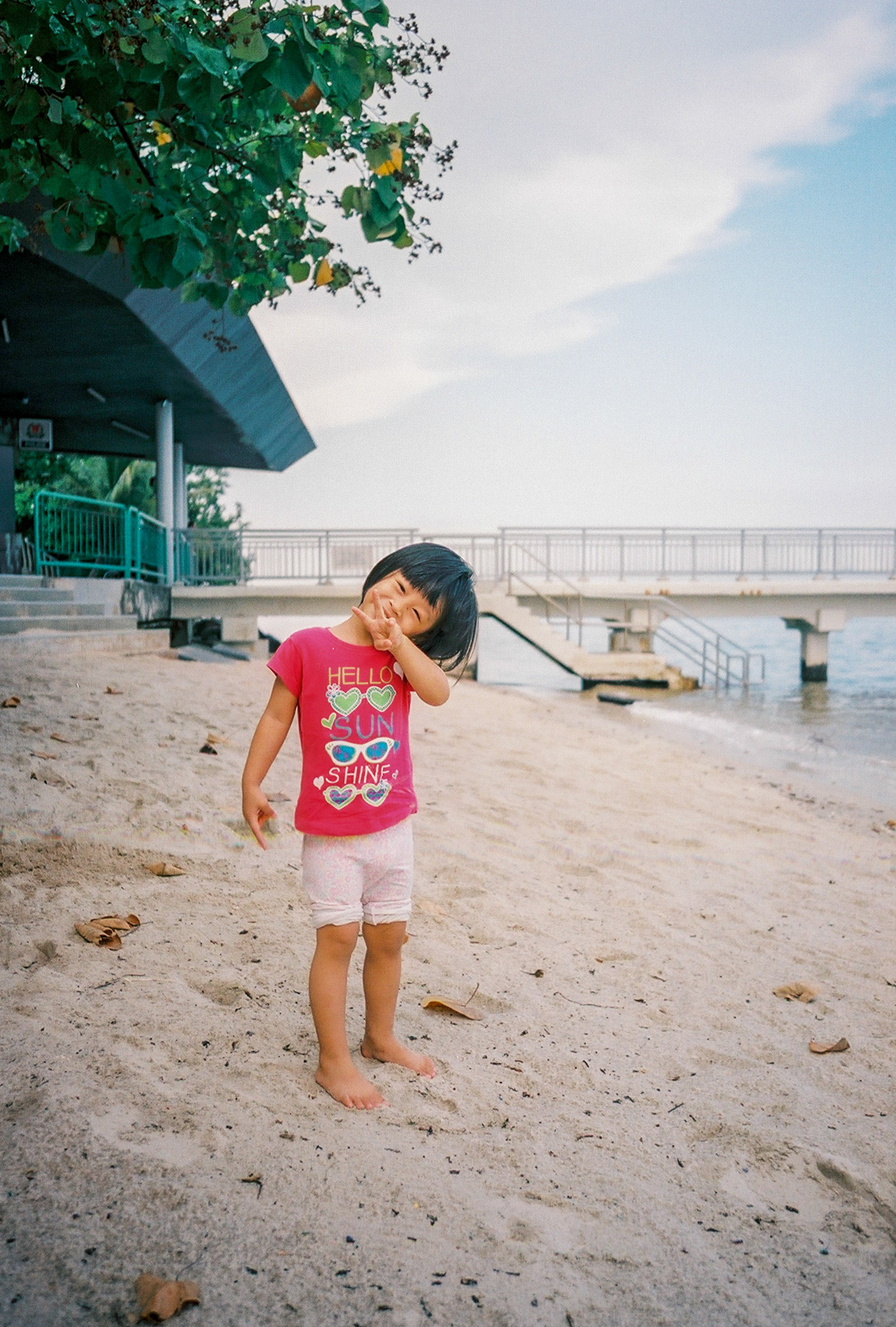 The GR1v comes with a very good set of auto-focusing and manual focusing modes, firstly, the GR1v is the only film compact that allows you a choice of not only manual preset distances (1m, 2m, 3m, 5m and infinity), single or multi-point AF modes but also an infinity lock. Most other cameras will feel inadequate in this aspect. 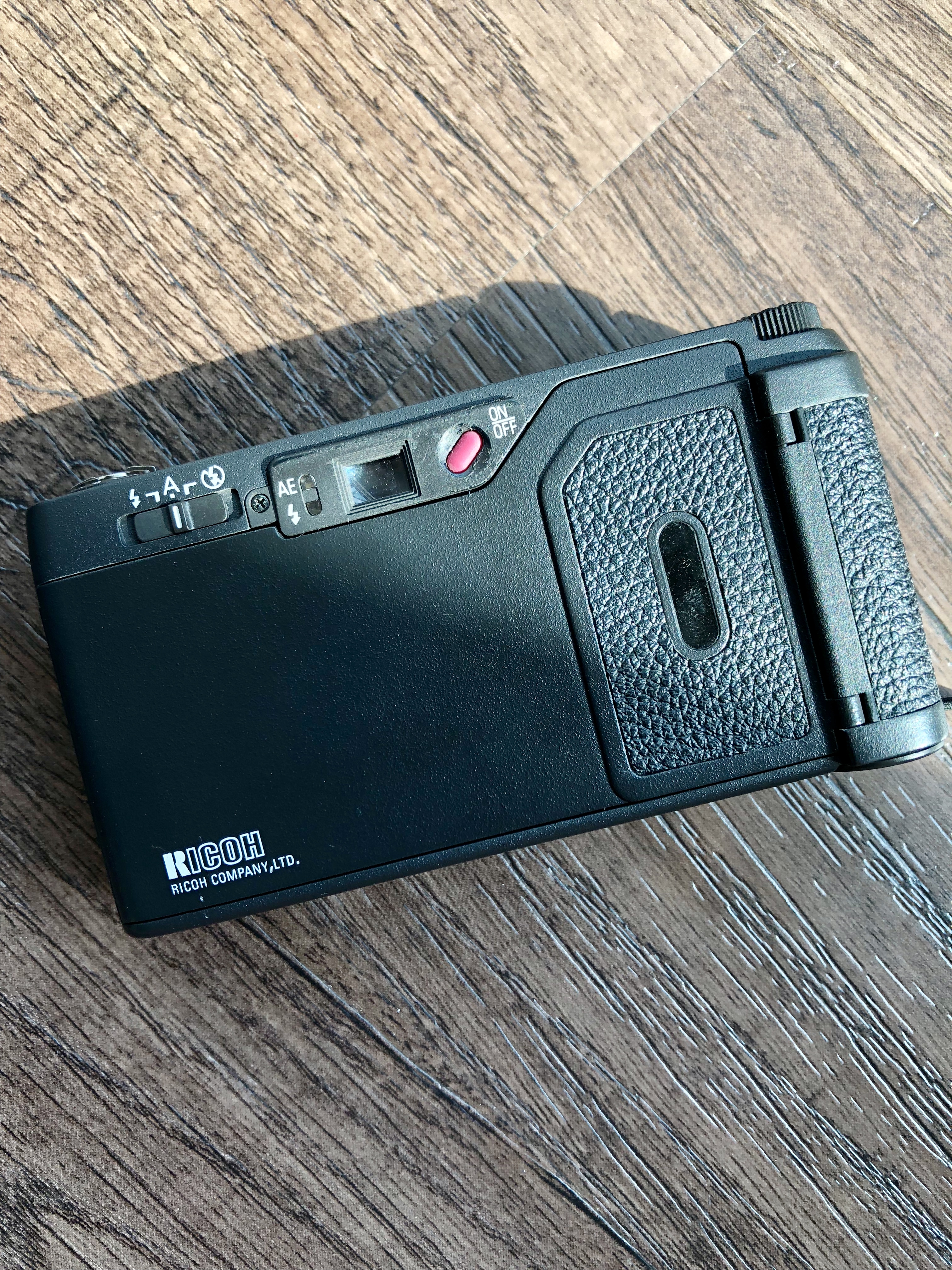 Auto-focus performance is pretty impressive, The GR1v has 3 focus points clustered around the center of the frame, which are determined using a phase-detection array; it’s both active and passive, which means that it’s very fast under just about all light conditions and it is indeed fast. Shooting off-center objects are simple too, focus on the object first, then shift the camera around to have the subject off-centered to the side of the frame. 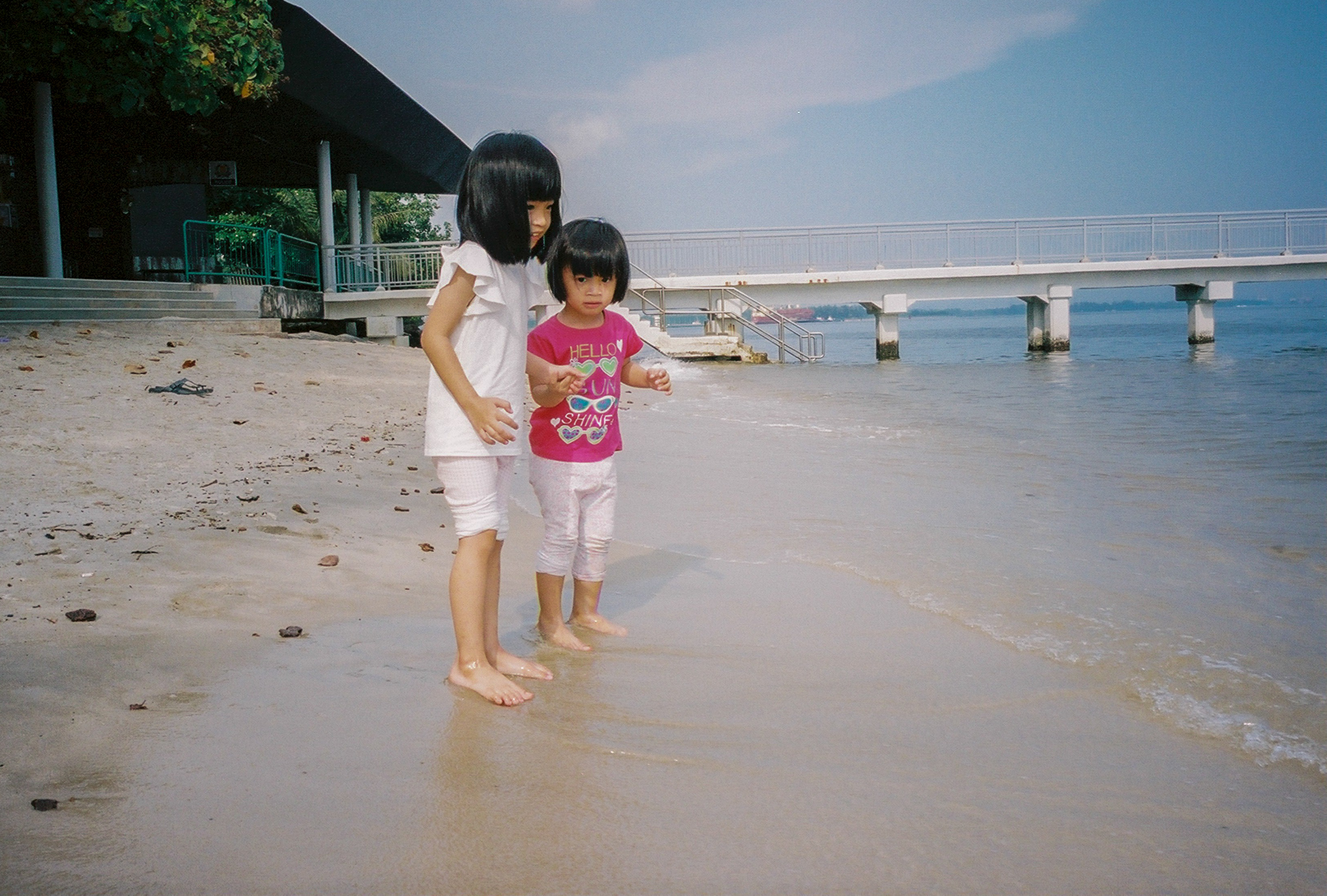 The output of film cameras mostly depends on 2 key factors, the optics and of course the type of film used. And the GR1v impresses in this respect with its good set of optics, add in an excellent film like the Kodak Portra 400 and in good light one has a most awesome setup. 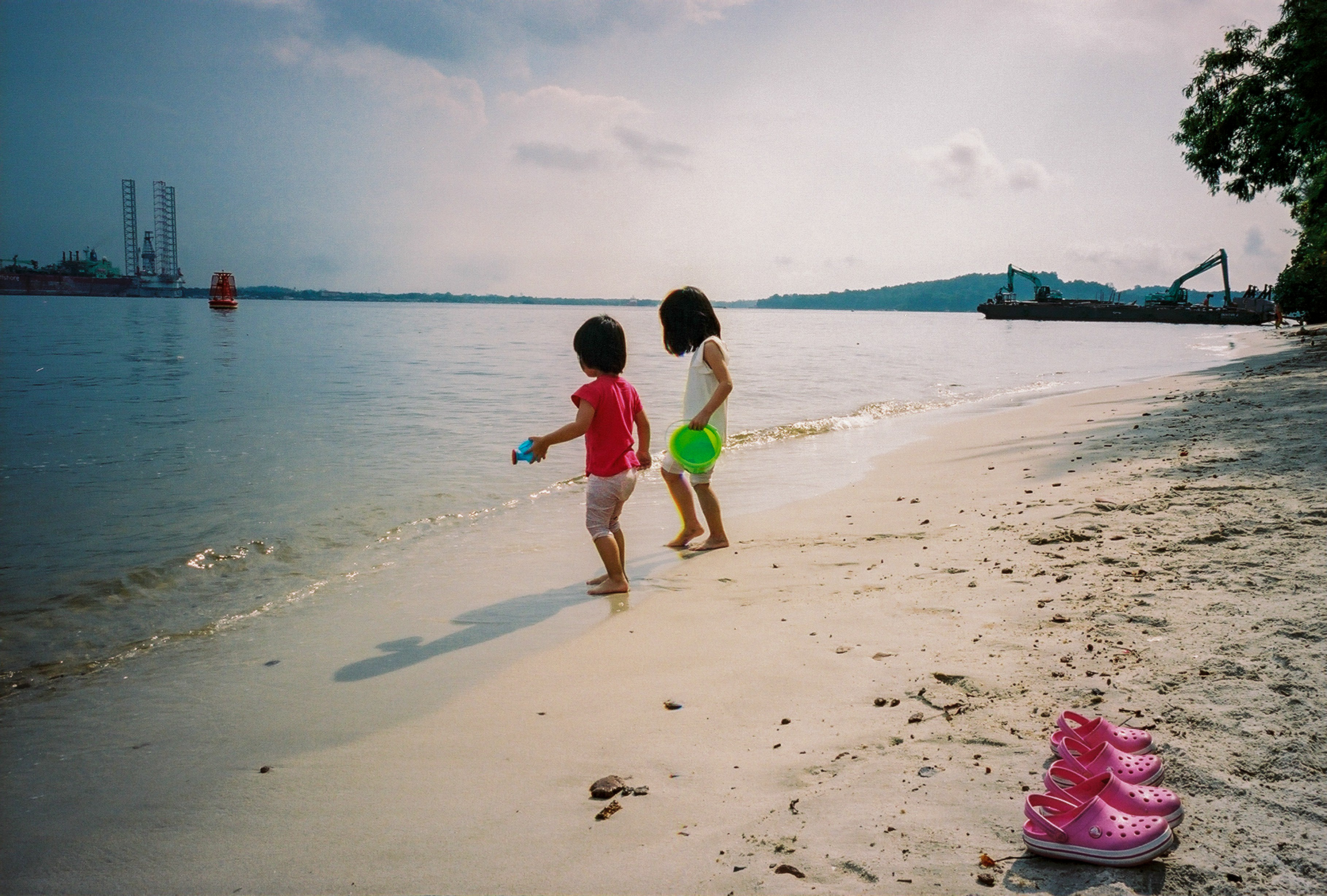 Colours, tones and even details are pretty good, and of course the scanning does matter and to be fair in this write-up, the scan was simply done at the local shop and not with any specialised equipment or skills. 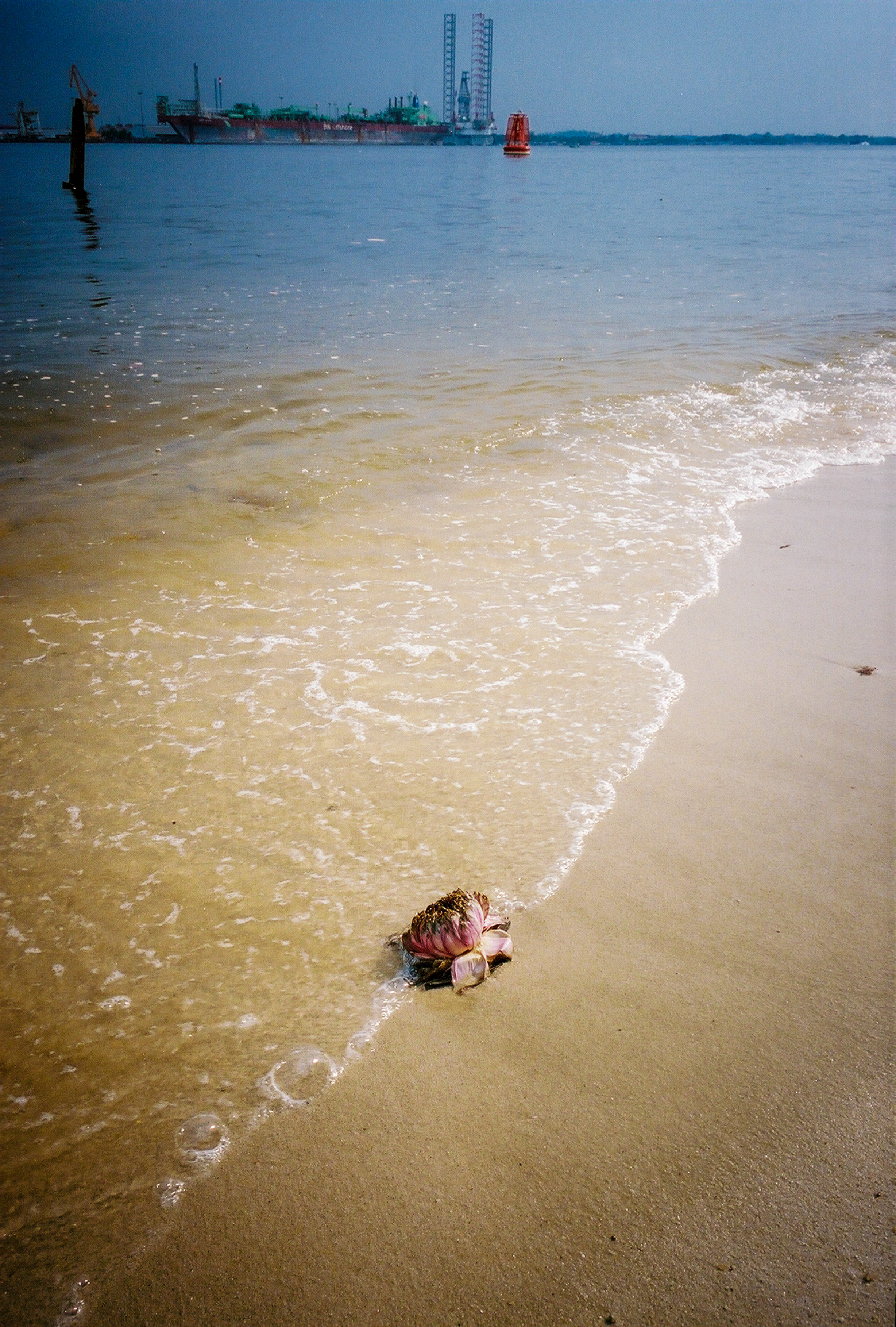 Metering on this film camera is pretty darn accurate, and the flash (I mostly switch my on Forced-off) if engaged fills up the image pretty nicely.  The way the controls work easily allows me to change the most important settings of Aperture and Exposure on the fly as I shoot and I find this absolutely lovely about this camera. 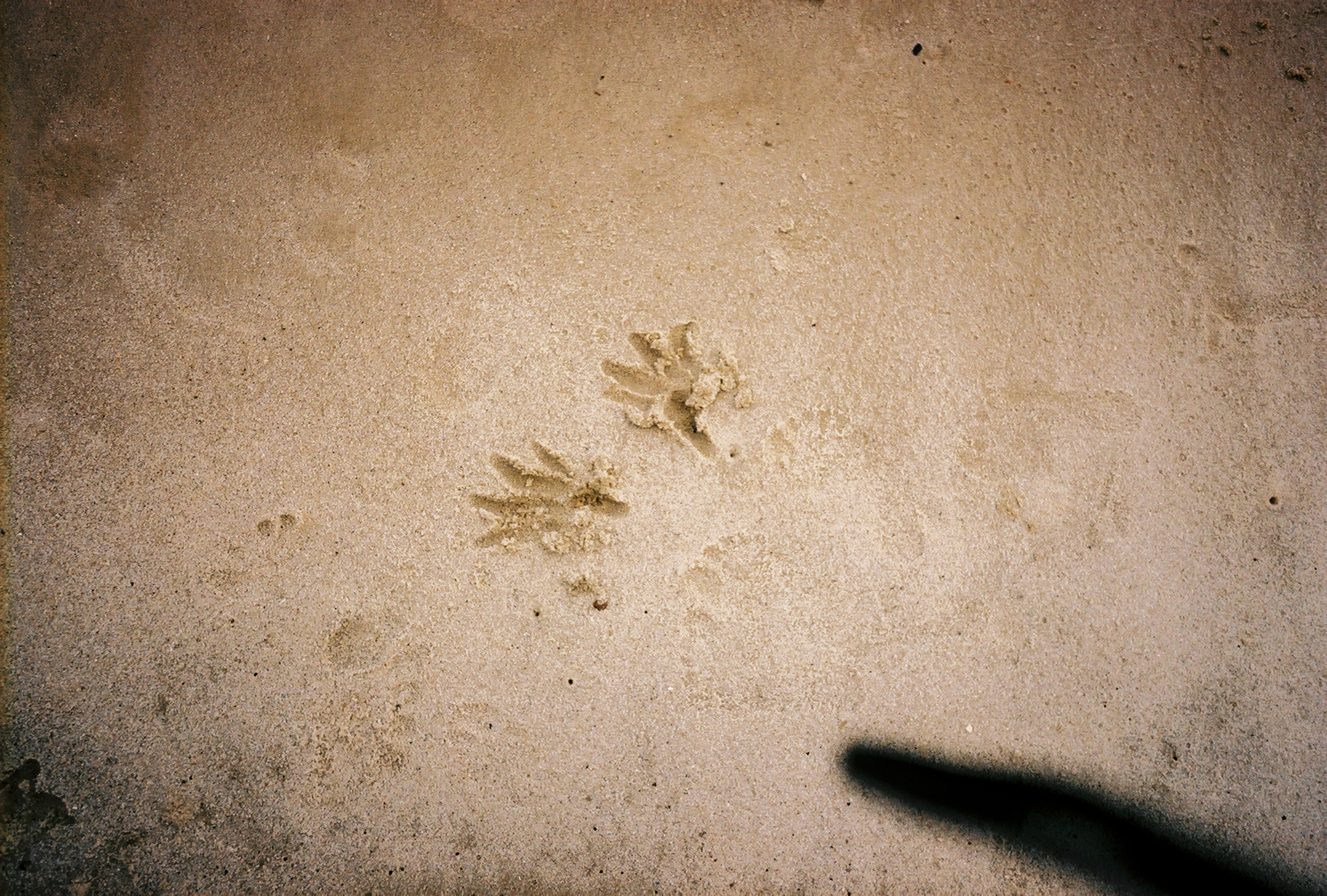 Another interesting character of the GR1v is its winding, which it actually pre-winds the film out of the cassette, which takes about 30 seconds or so. I had initially thought this was some weird quirk until a more knowledgeable friend told me that by doing so one gets 2 advantages which are really pretty smart. 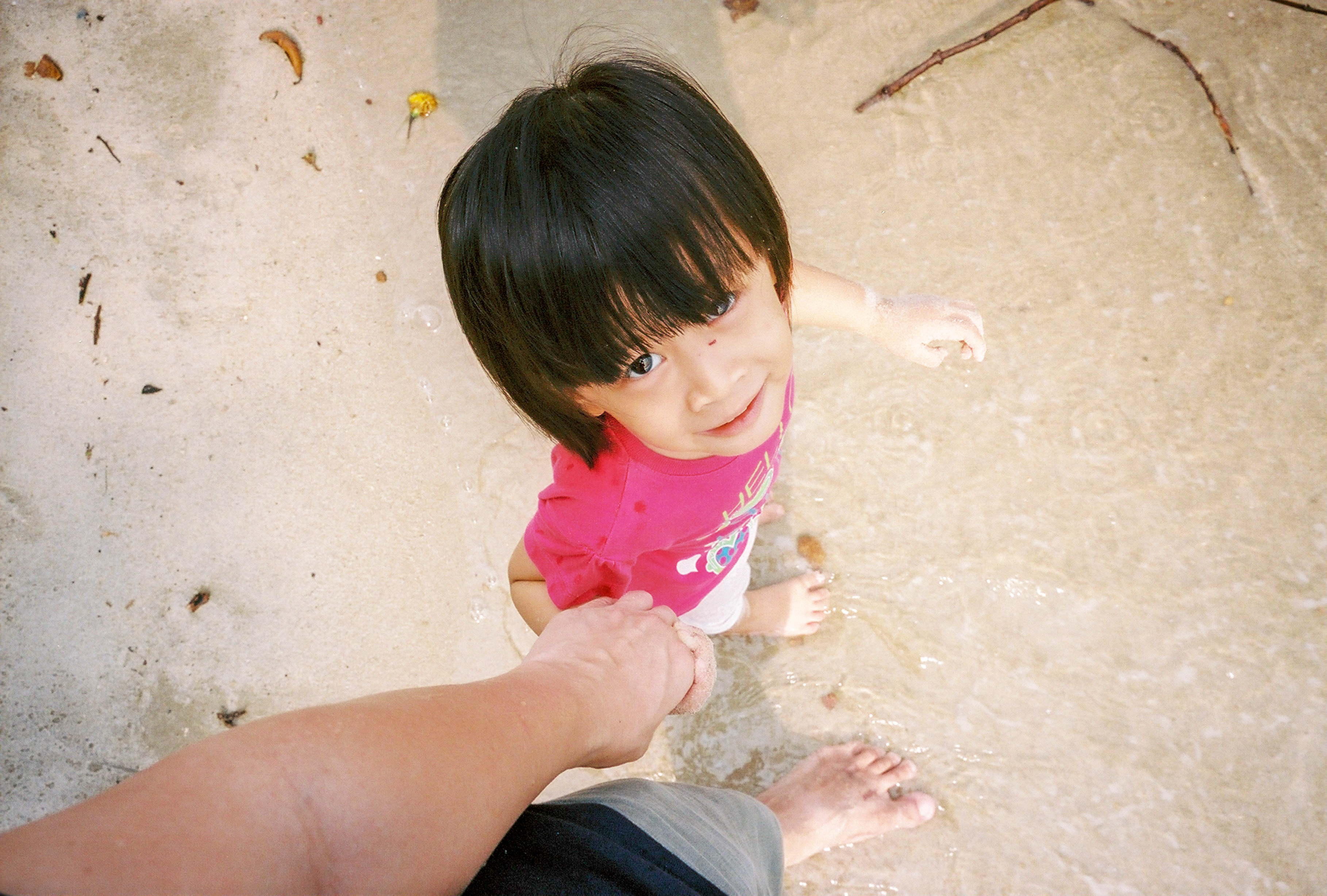 So far one probably will be getting an idea that the Ricoh GR1v is a 10/10 perfect condition but of course nothing is perfect, and there is indeed one thing to pick about the GR1v, which is if one now obtains this camera to shoot, one has to be prepared that like all items with perishable parts, should the camera dies it is almost impossible to find replacement parts.

The GR film series is widely known for a LCD bleed issue and that the motor will not last forever, this is a similar problem with the crazily expensive Contax T3 where I’ve came across a set at the camera repair shop which was bought wrongly represented as a working set but later became an expensive paper-weight. 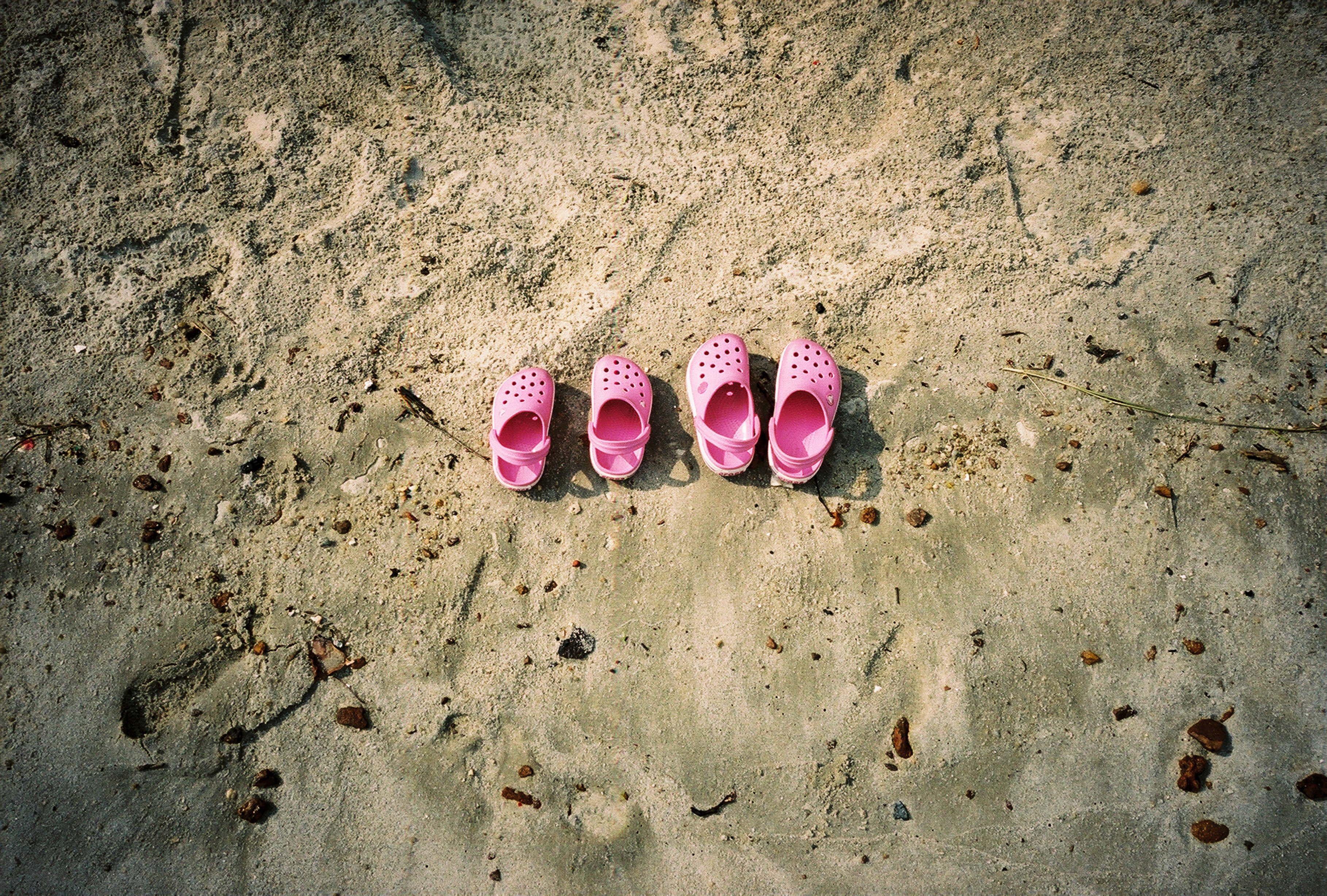 All this said, some will probably allude to this fatalistic viewpoint of the camera being almost impossible to repair due to a lack of parts as a form of romanticism, who am I to judge. Even so, if you do come across a GR1v at a decent price, I will still say get it and shoot it, after all, film will not be forever and nothing is more valuable than the experience.