The Instax SQuare SQ20 was announced by Fujifilm on 25 September during Photokina 2018, , and I guess it was inevitable that news of the SQ20 soon got buried under the many other announcements of the likes of the GFX100S, XF33mm F1.0, Panasonic getting a larger sensor, Zeiss doing a mirrorless camera (et cetera).

And… yeap, here is what dropped by this week! 😜 (well, it’s pretty some time since I last reviewed the Instax Square SQ6) 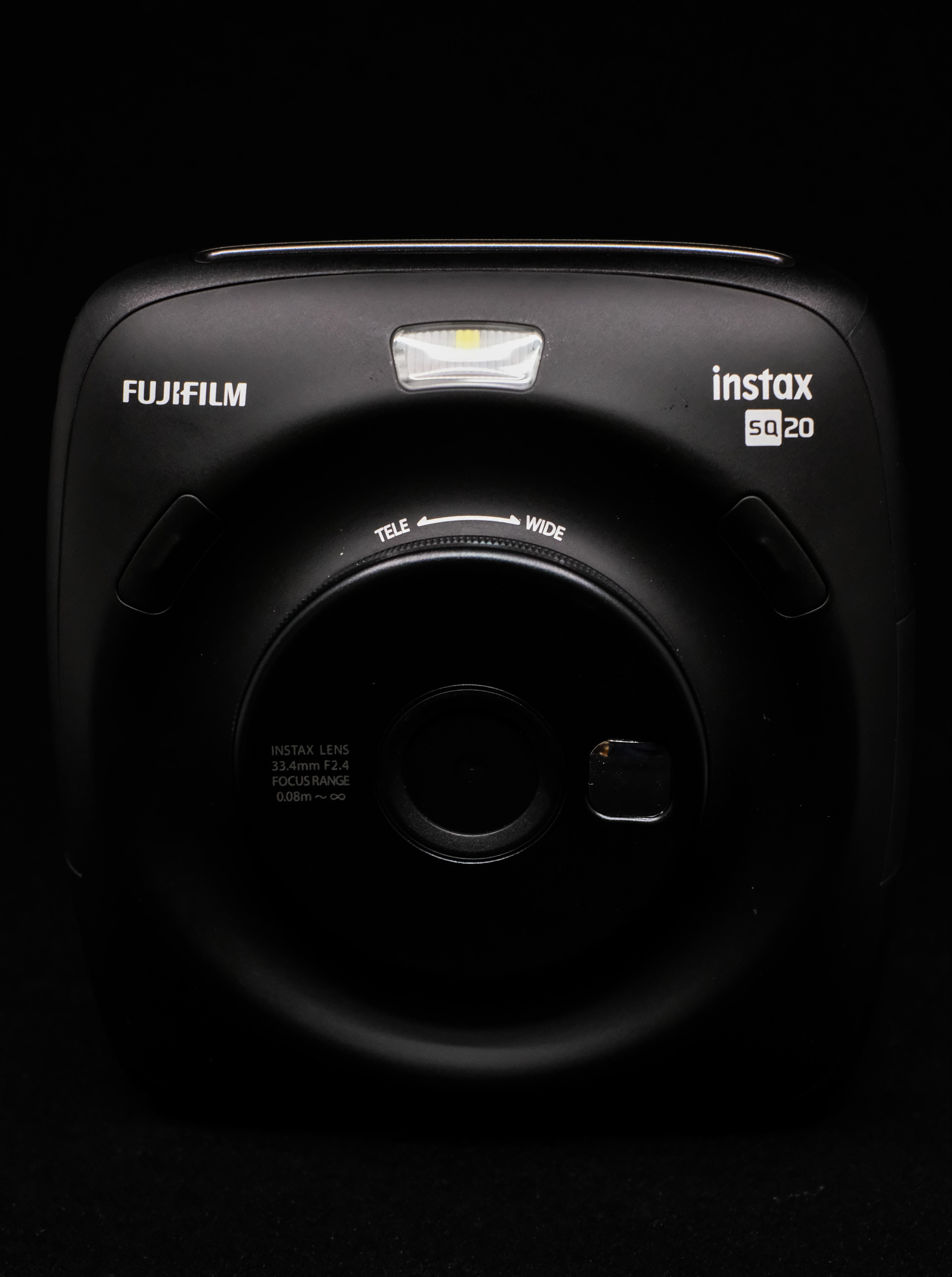 Rather than re-running the easily googled spec sheet, I will prefer discussing what makes the SQ20 a worthy (or lacking) successor to the SQ10 and how my real life usage experience went.

The SQ10 first generation hybrid Instax camera was launched around mid 2017 and was supposed to herald the concept of an analog Instax camera ‘bettered’ with the convenience of a digital sensor and in Fujifilm’s words: “the control and composition of a digital camera, with the enjoyment and tangible fun of a real photo print.” and let’s get started with how the second generation SQ20 has turned out to be. 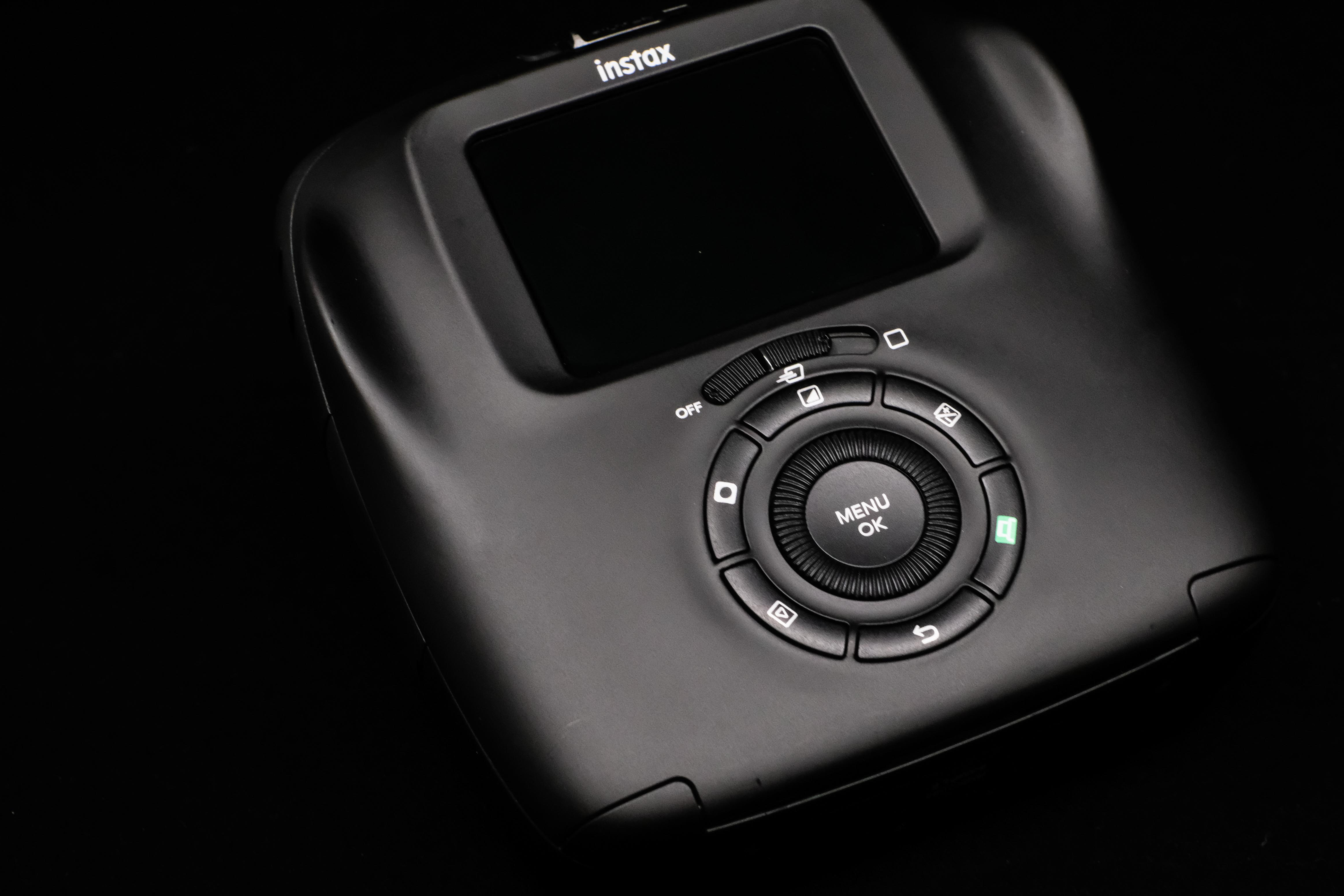 The SQ20’s design have gone through numerous small improvements, with considerations to ergonomics and sexy thumb indents built into a compact body smaller than the SP-3 printer. 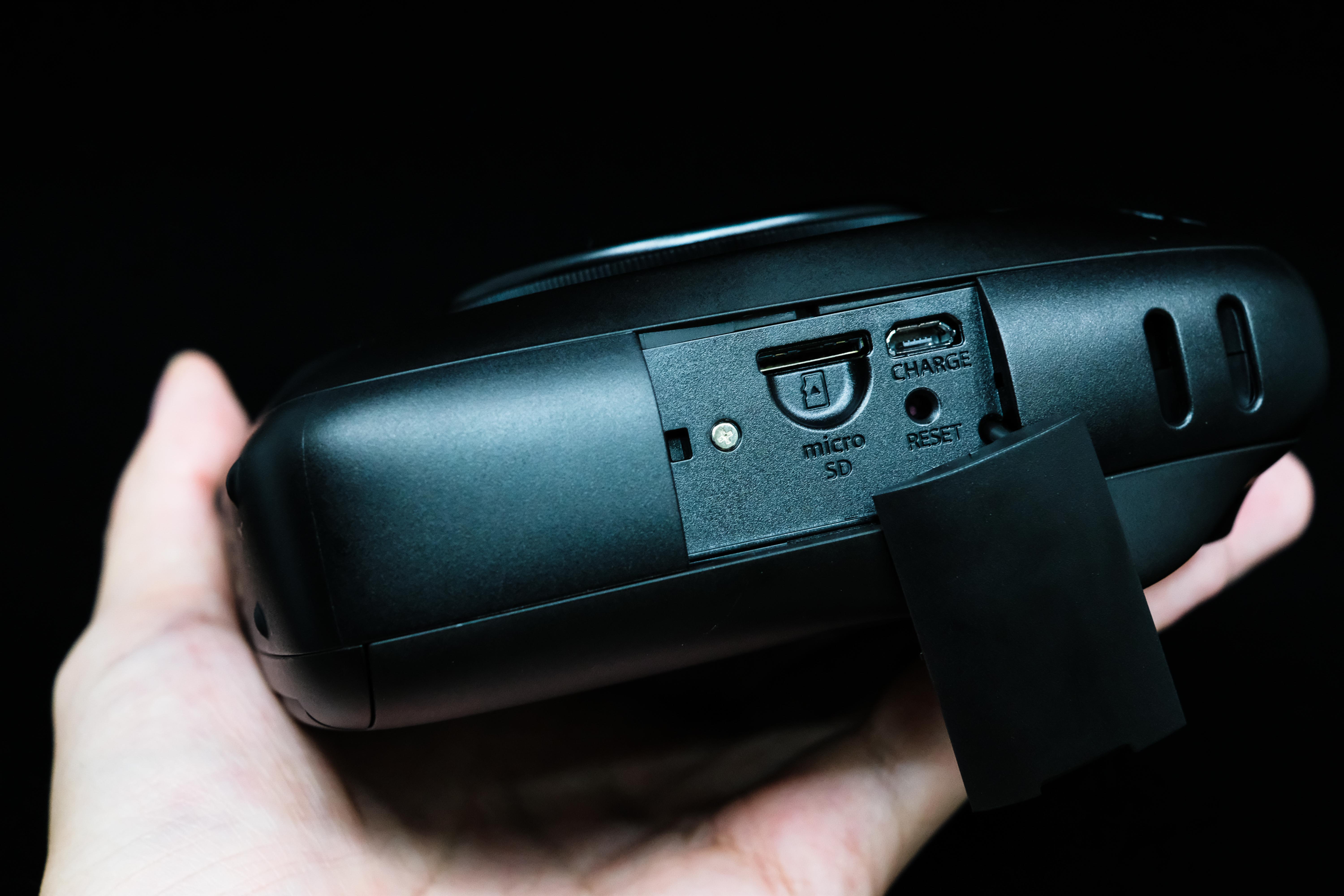 The design has been further simplified, with 2 customisable shutter buttons in front, a microSD and microUSB charging slot plus a reset button at the side. The battery is now built it (and come on, when was the last time a person ran out of juice on his or her SQ10)

The handling of the SQ20 is now further improved with curves giving one a better hold onto it and yes, a slimmed down body chassis even smaller than the SP-3 Instax Printer. Like any Instax camera, it shouldn’t be full of buttons and the SQ20 comes with 2 customisable shutter buttons in front. 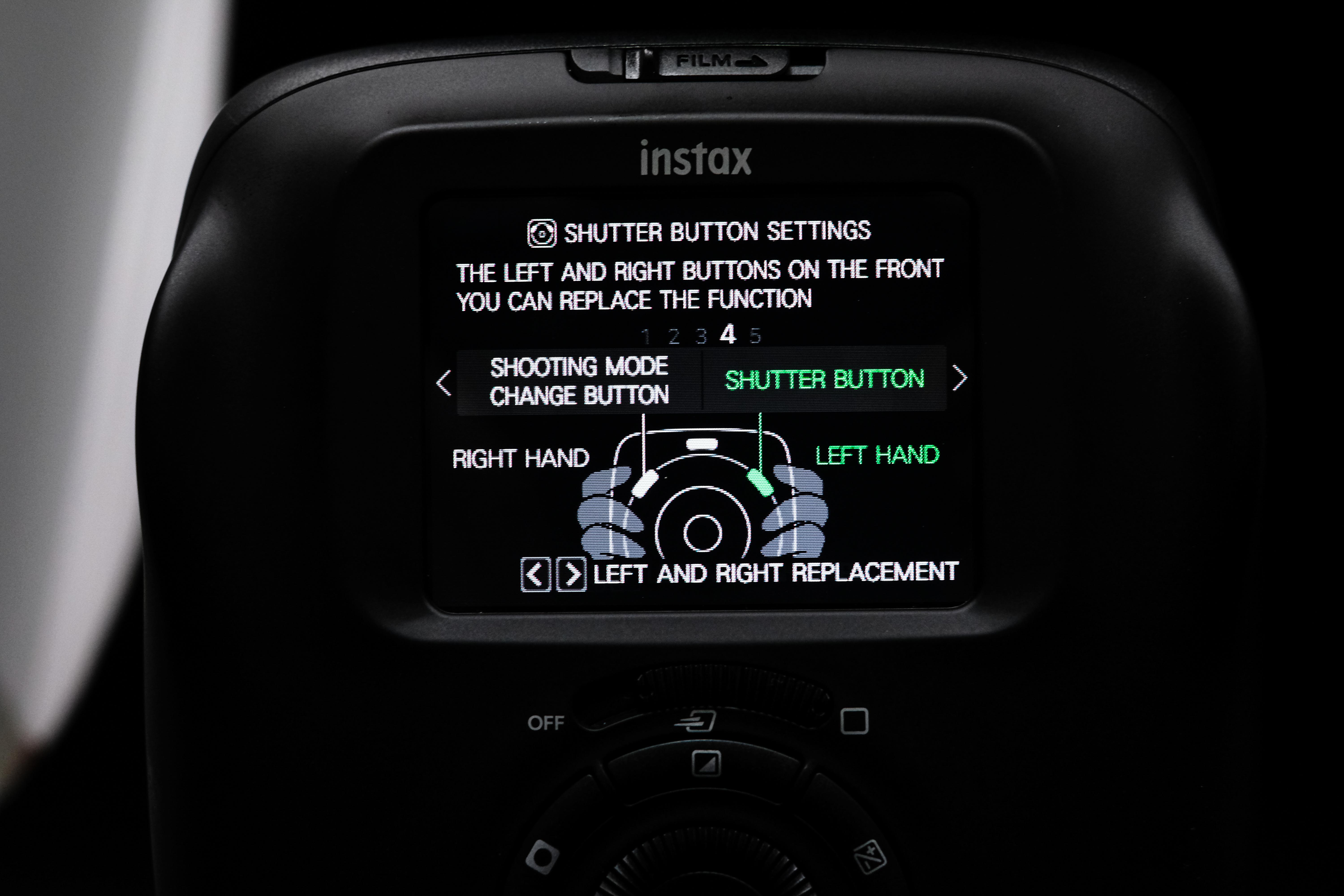 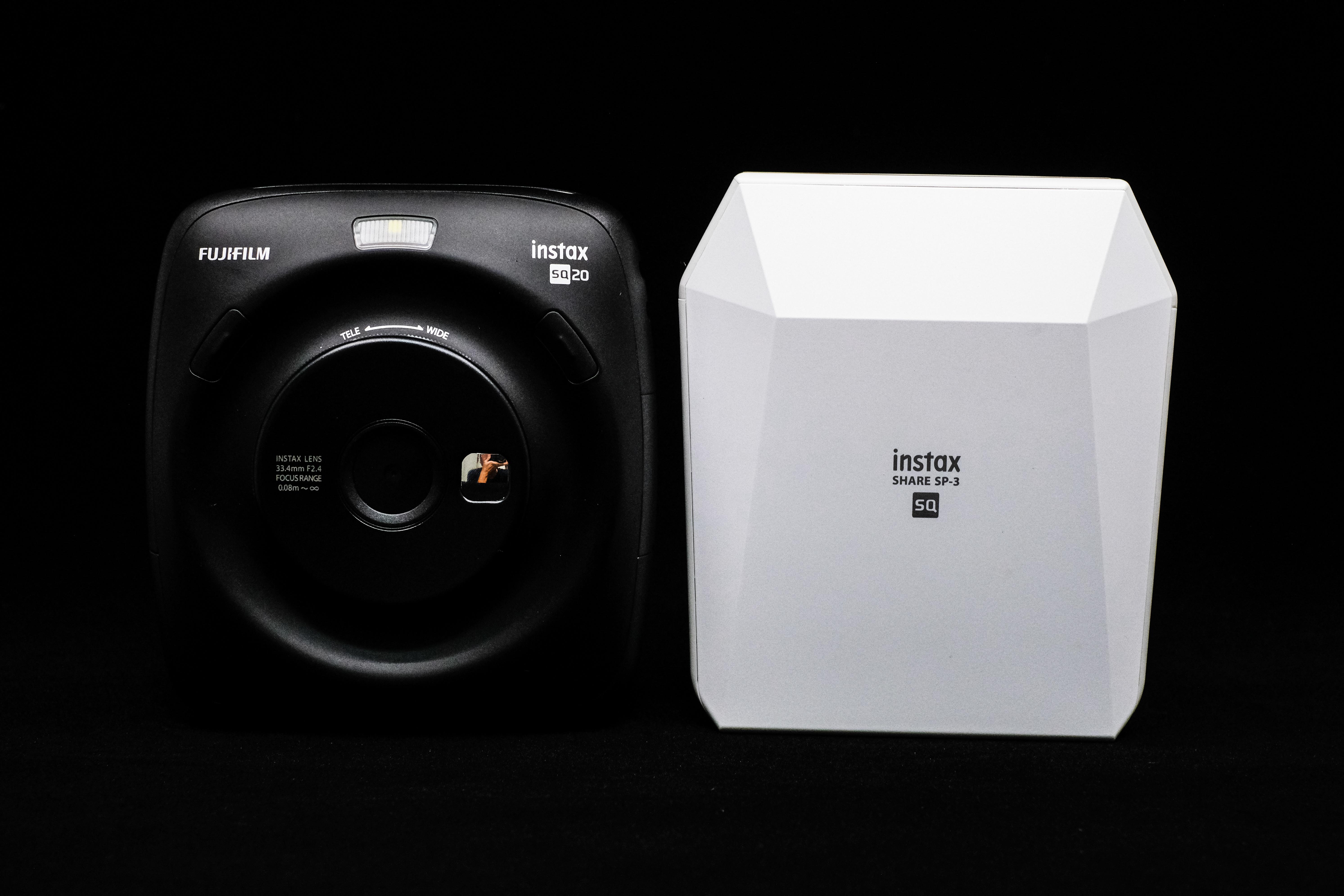 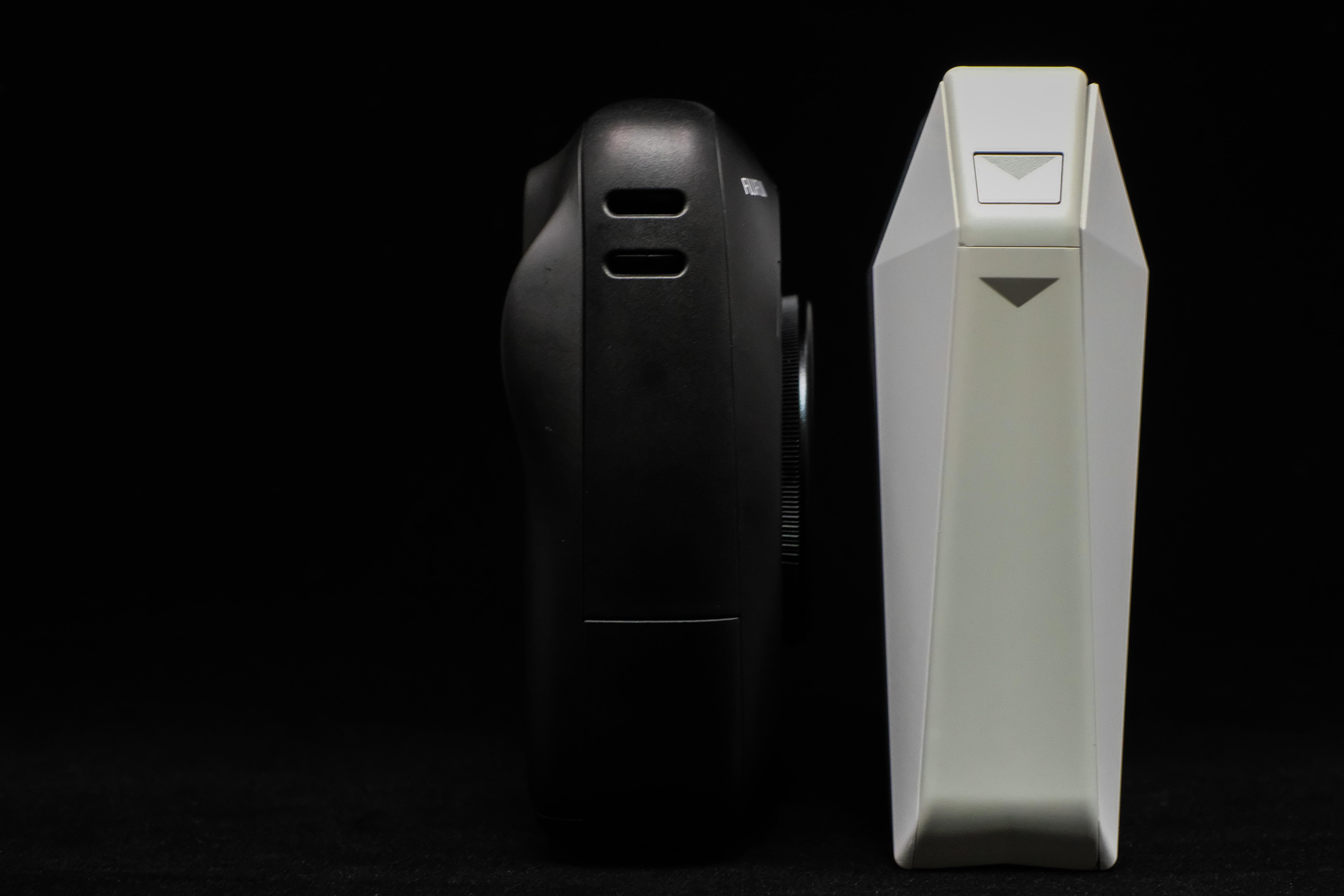 Most of the controls on the SQ20 are on the back panel with the top alternating between OFF/ Motion (Video)/ Imaging modes backed by an array of 6 buttons for Filter Selection, Exposure compensation, Print, Back in Menu, Playback, Vignette control and a Menu/OK button surrounded by a ring which one can use to Zoom in/out or navigate between menus. 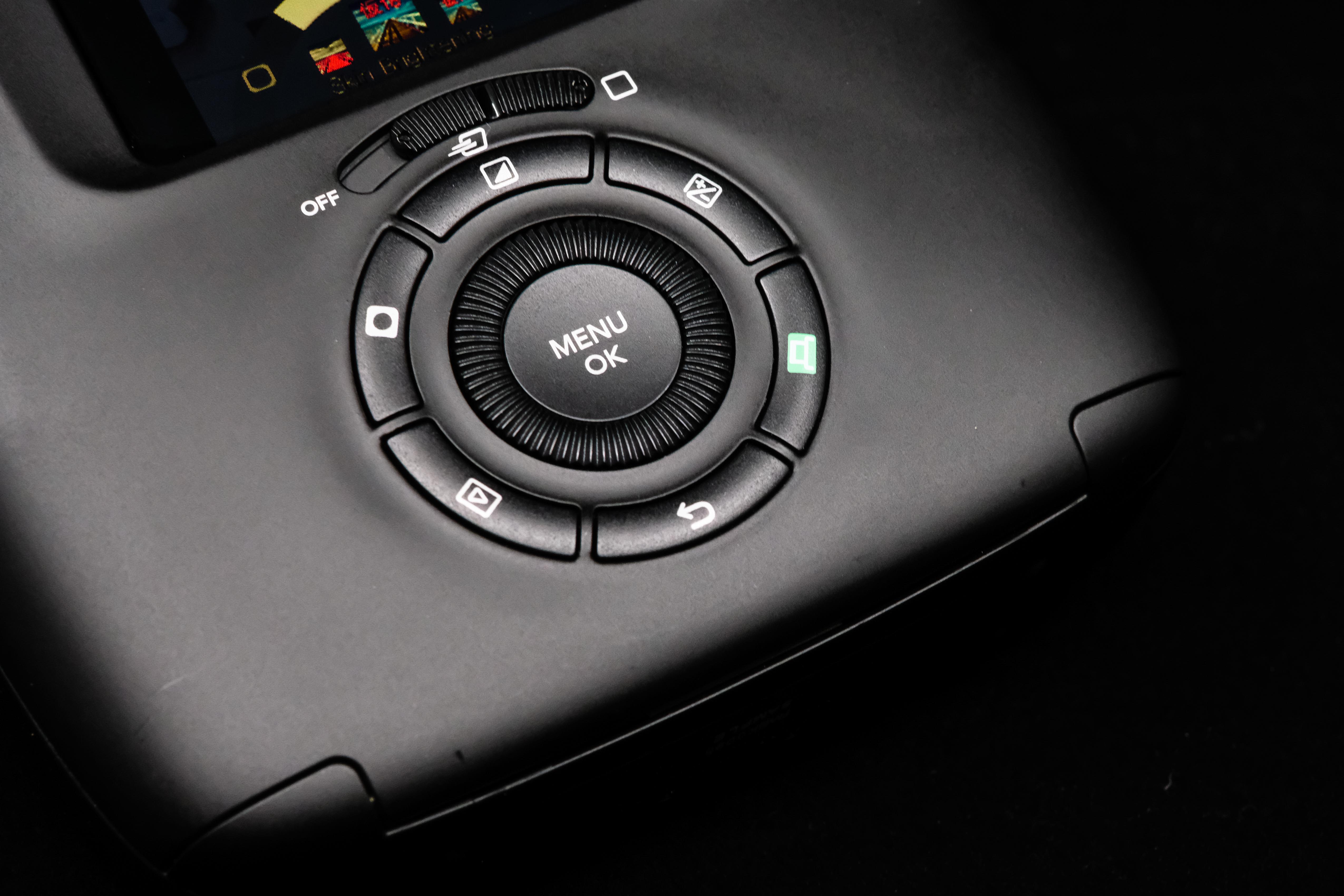 In reality, though the concept of a hybrid Instax was without doubt a most interesting step forward and the SQ10 indeed was a fun camera but in my honest opinion the SQ10 could have been better in 4 key areas:

1. Cost. At SGD499 (USD360), the SQ10 was seen as expensive compared to its nearest siblings the SP-3 Square Printer or the SQ6 Instax Camera which were easily 40% cheaper.
2. Resolution of its digital sensor was 3.6 megapixels, which could have been better. I had printed images from the GFX50S on the SQ10 and the results were woo-hoo blowingly different.
3. Printing of images from other cameras on the SQ10 was frustrating, with the SQ10 only recognising the JFIF compliant form of the JPEG standard (it didn’t even accept JPG), and the freeware to change the format only existed for the Windows platform.
4. Photographing motion or moving objects on the SQ10 aka spontaneous moments was frankly difficult with its slow AF system.

And now in 2018 September, to give credit where due, Fujifilm has listened to the users and went back to their drawing board and made sure these areas are indeed improved with the SQ20.

To point 4, the Instax SQ20 is able to capture video clips of up to 15 seconds. (yes, never guessed that now there’s video on an Instax camera right?) 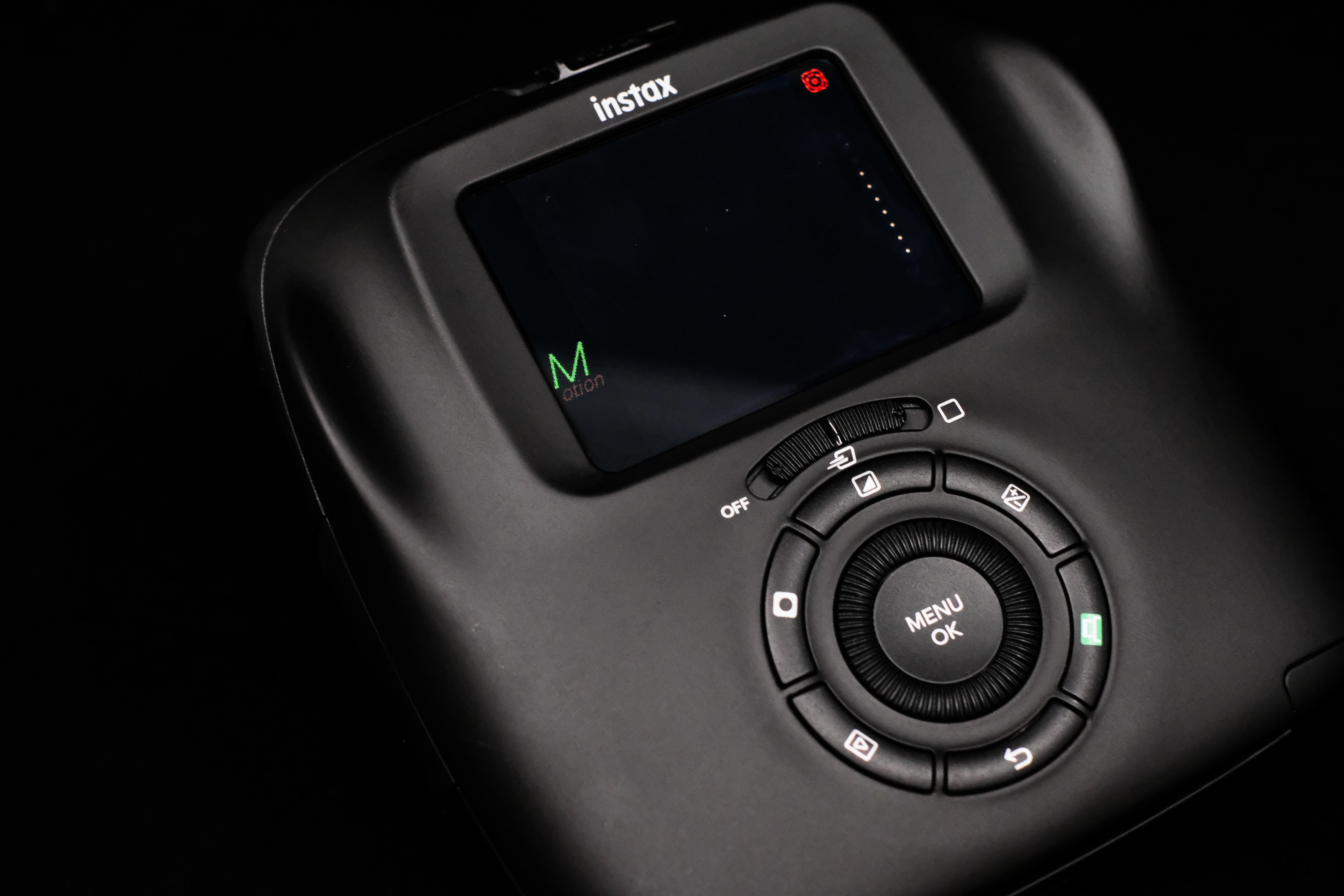 The SQ20’s built in “motion mode” will allow one you to scan through a video taken to find the exact frame that you like most and print that exact moment in time, in a way resolving issues with AF for moving objects. It smoothly does 800 x 800 (H.264) , 15 FPS video, which is plenty for Square Instax films since the films support up to 800 x 800 dots and yeap, 15 frames per second of video is a lot of frames to choose from.

Same as the SQ10, microSD support allows images and videos taken to be saved on the card and the filter effects (more on these later) can all be applied to the motion mode shots which you can then edit and print out directly from the camera. 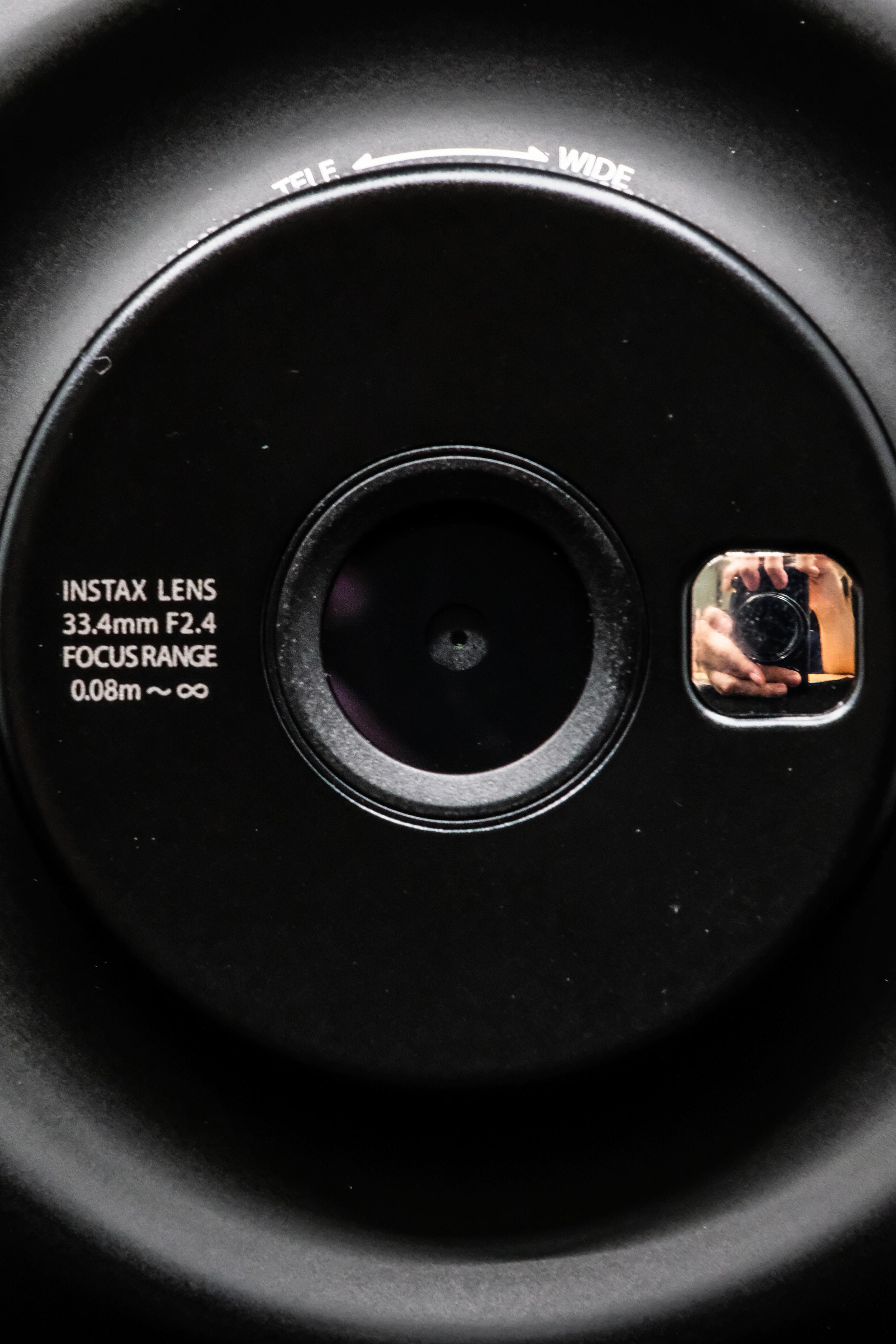 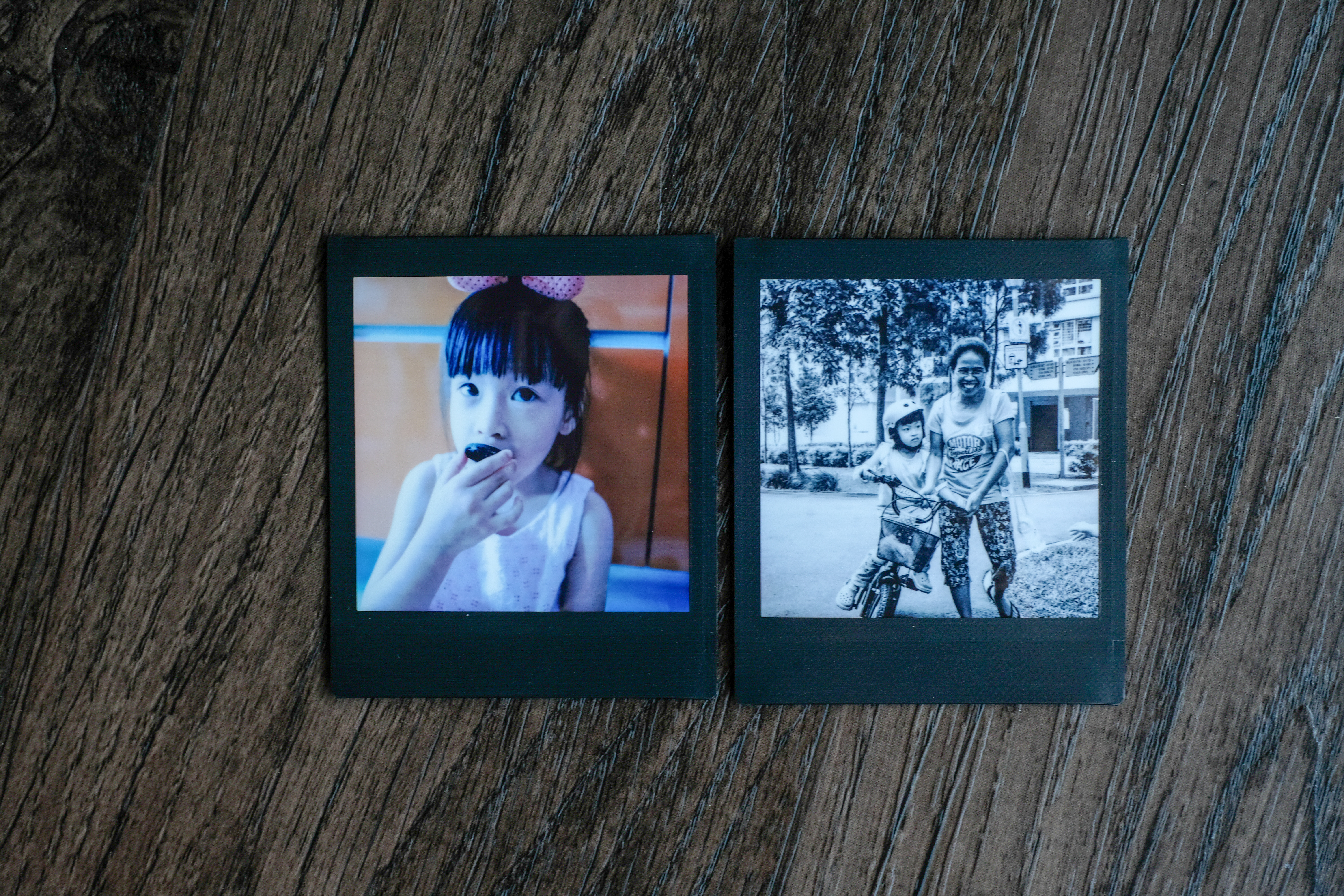 Left: Shot using the SQ20’s optics – Right: Printed from the image file from a Fujifilm camera.

Of course one can always and will ask for better optics, but honestly it is sufficient to do a the SQ20’s 1920 x 1920 dots resolution for Square films rated at 800 x 800 dots resolution.

Adding on to the feature set, there is now a digital zoom function, letting one zoom in by 4x. It’s easily activated by turning the wheel on the back of the camera. 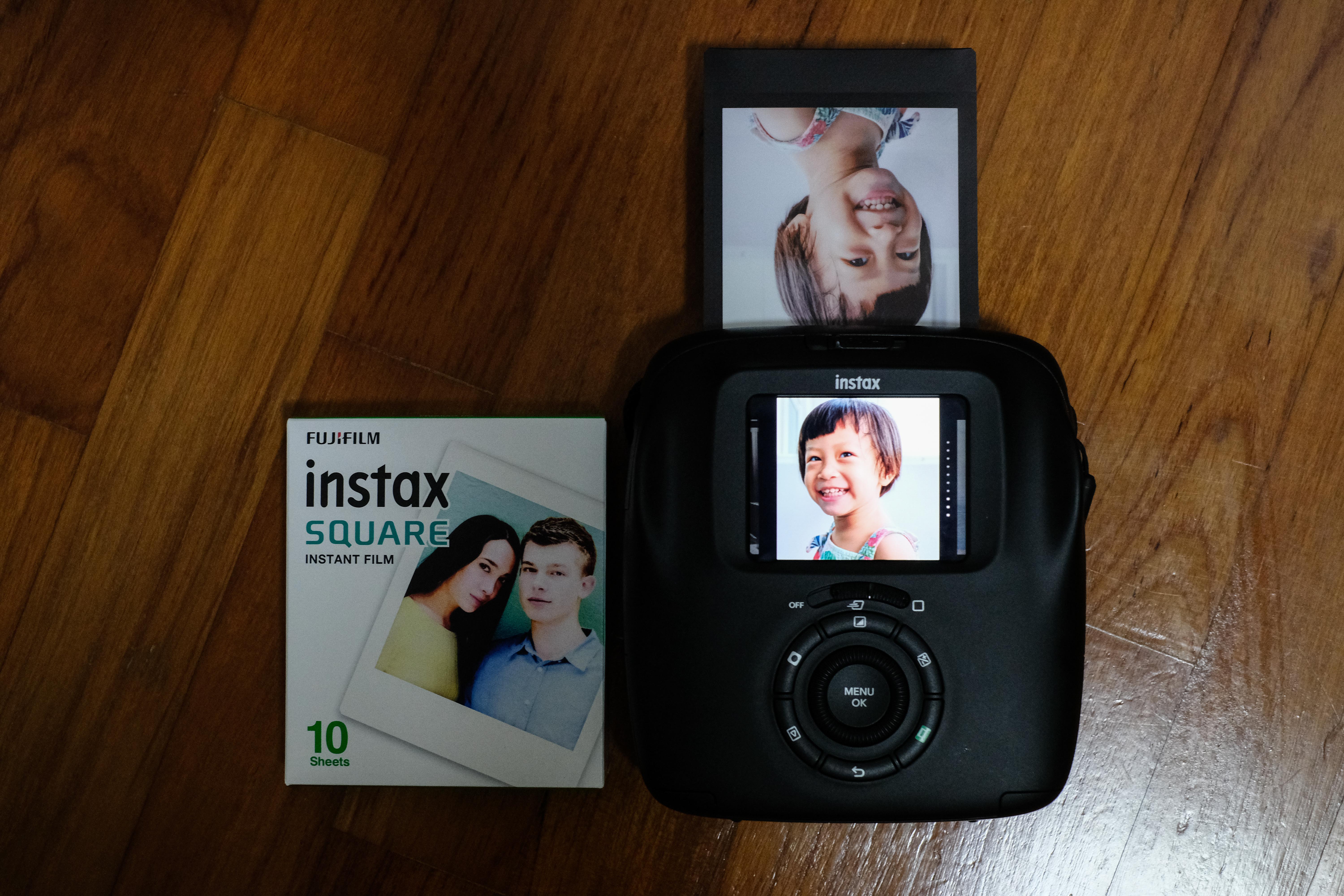 The Instax SQ20 triples up as a Square Instax Printer, an Instax Camera and yes, it takes videos at 15 FPS too.

Editing and other shooting modes.

Not widely shared about the SQ20 is that it comes with a good variety of shooting modes, including a Bulb mode (max 10s) , Double exposure, Split, Collage and even Timeshift. One can easily read more on this here and I will share on the Collage mode (which already is a mouthful coming to the number of options) 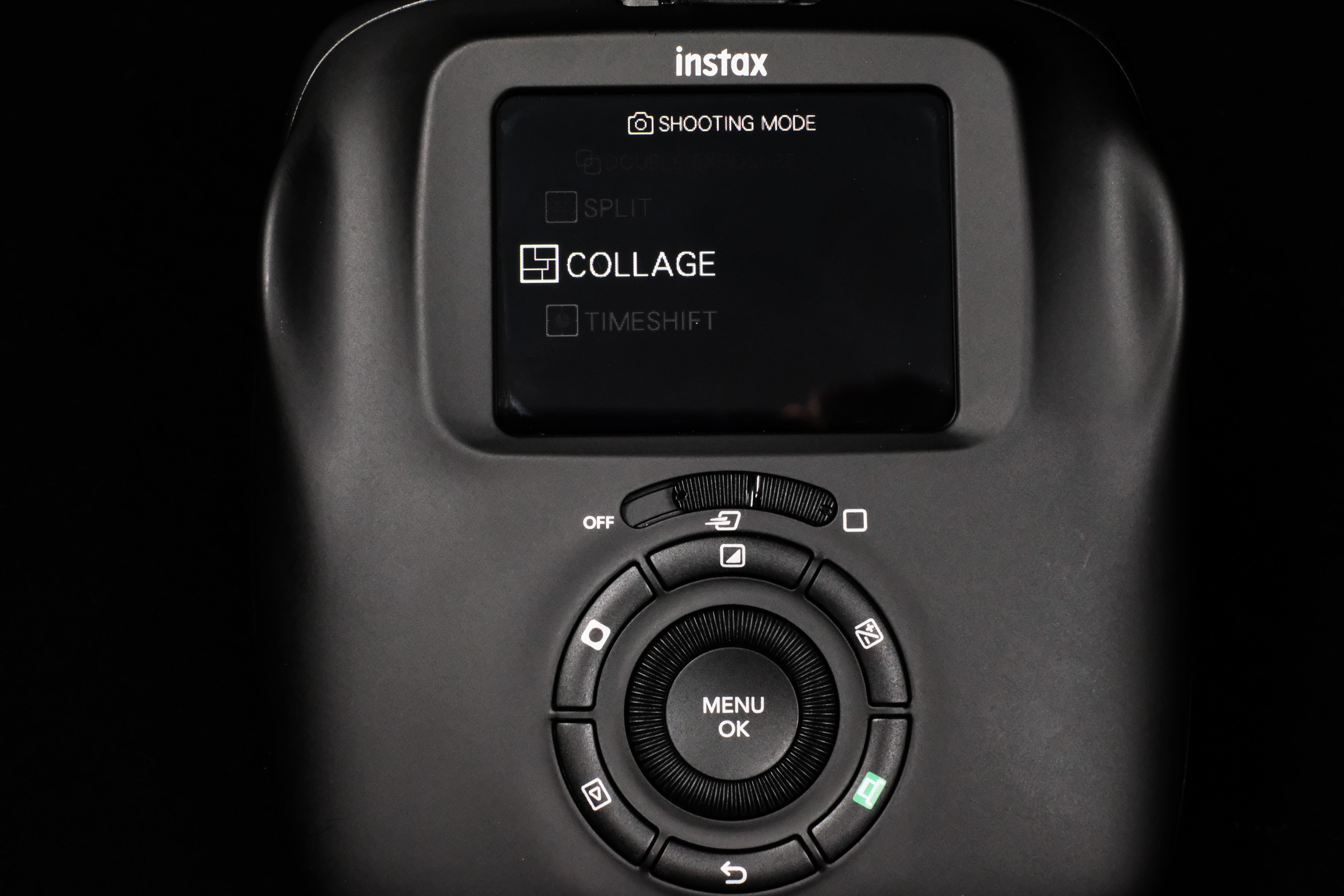 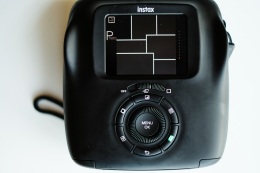 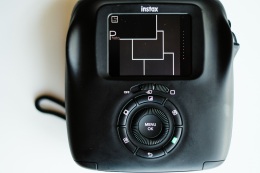 The sheer number of Collage layouts easily went above 12 and was intense. Using the Collage was easy, choose the format, shoot and once the number of shots was tallied, the image file would be saved. 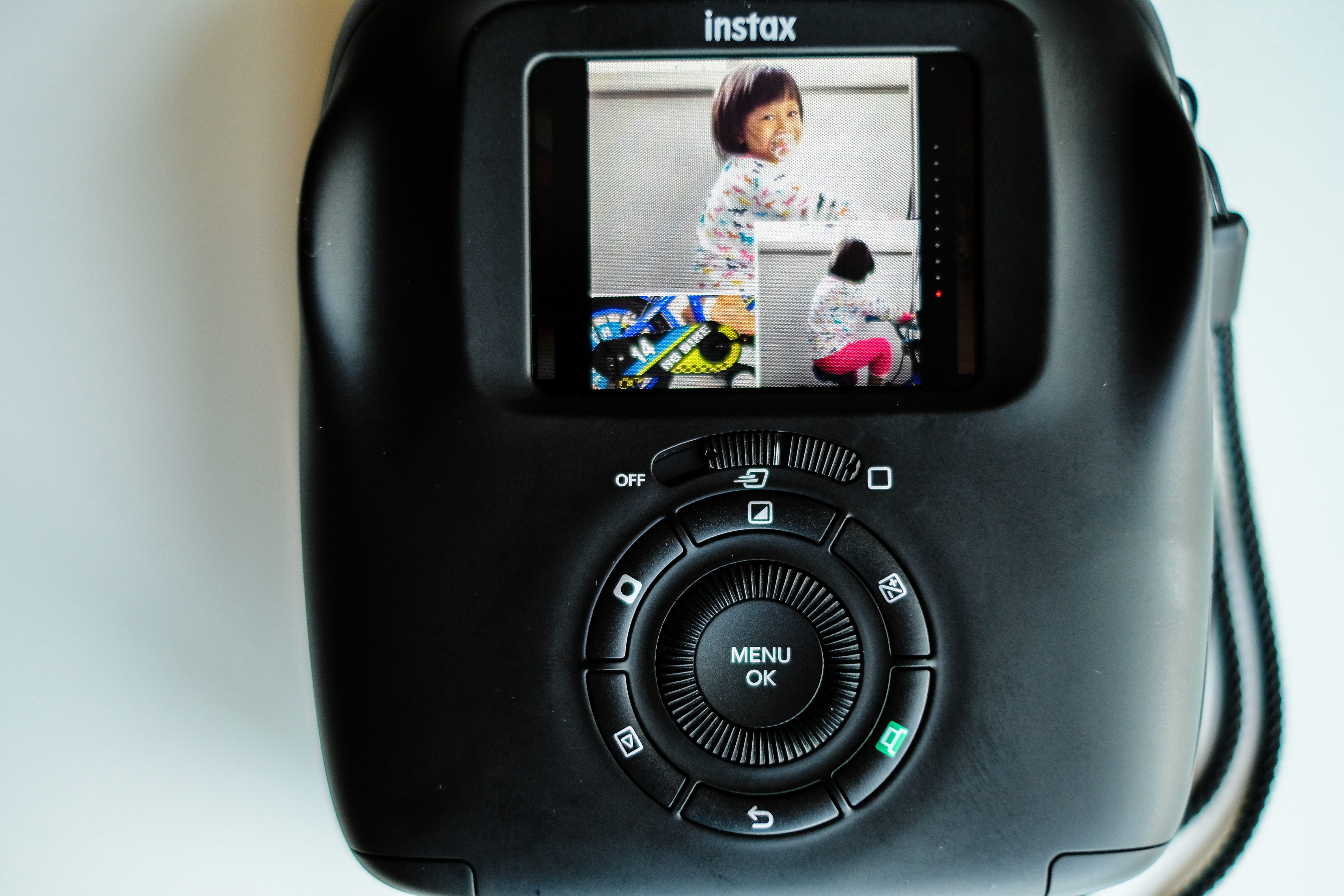 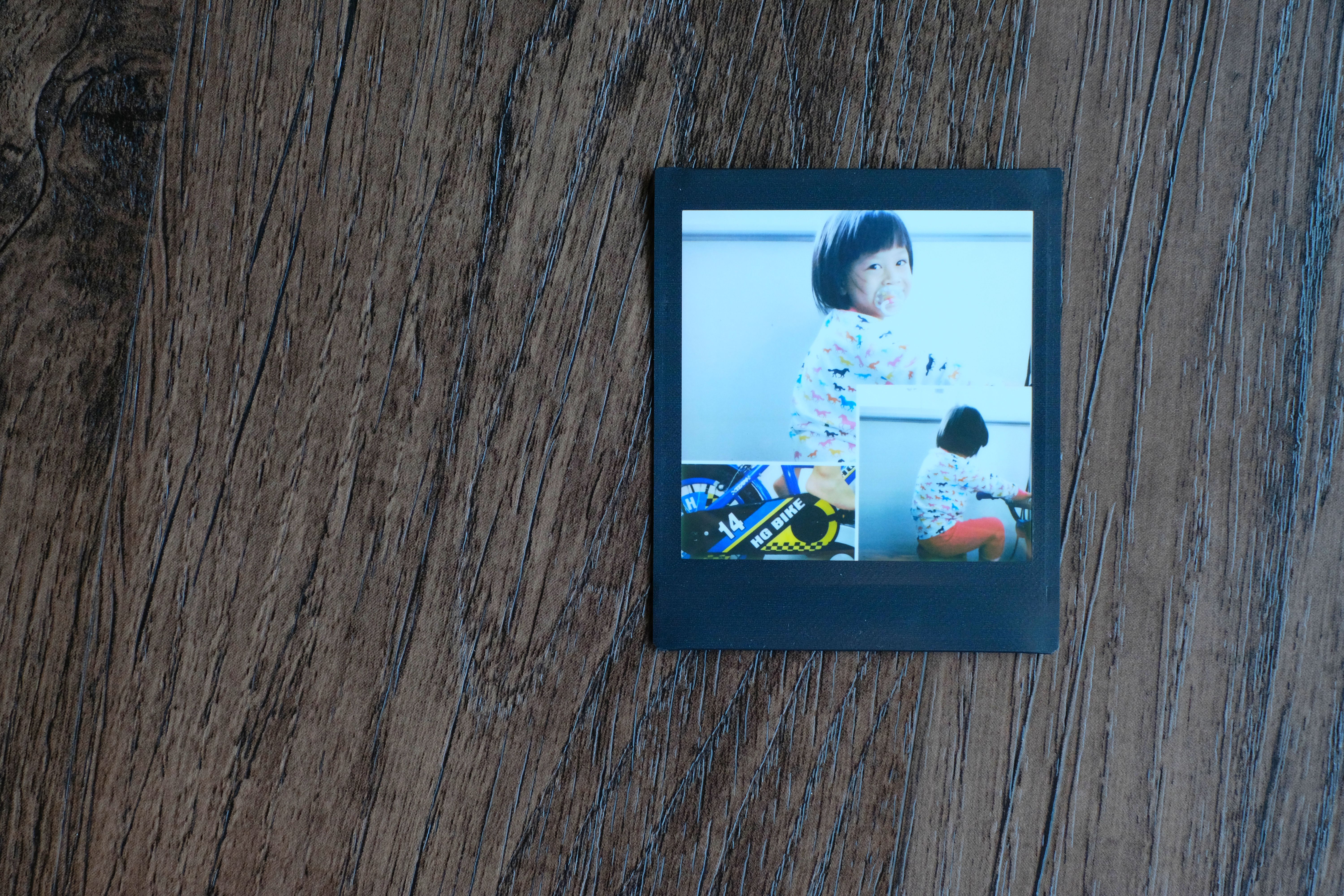 Editing wise, one of SQ10’s strengths lies in the myriad of customisation options like film filters and the SQ20 takes it up another notch with at least a minimum of 16 filters (Cornelius, Monochrome, Luna, Immerse, Amber, Marmalade, Martini, Sepia. Roppongi, Highline, QuickSnap, Skin brightening, Partial Colours in Red, Orange, Yellow, Green, Purple and Blue) with my personal favorites being the Immerse and Roppongi.

And remember, one can still adjust Vignetting and Exposure on the image before printing. 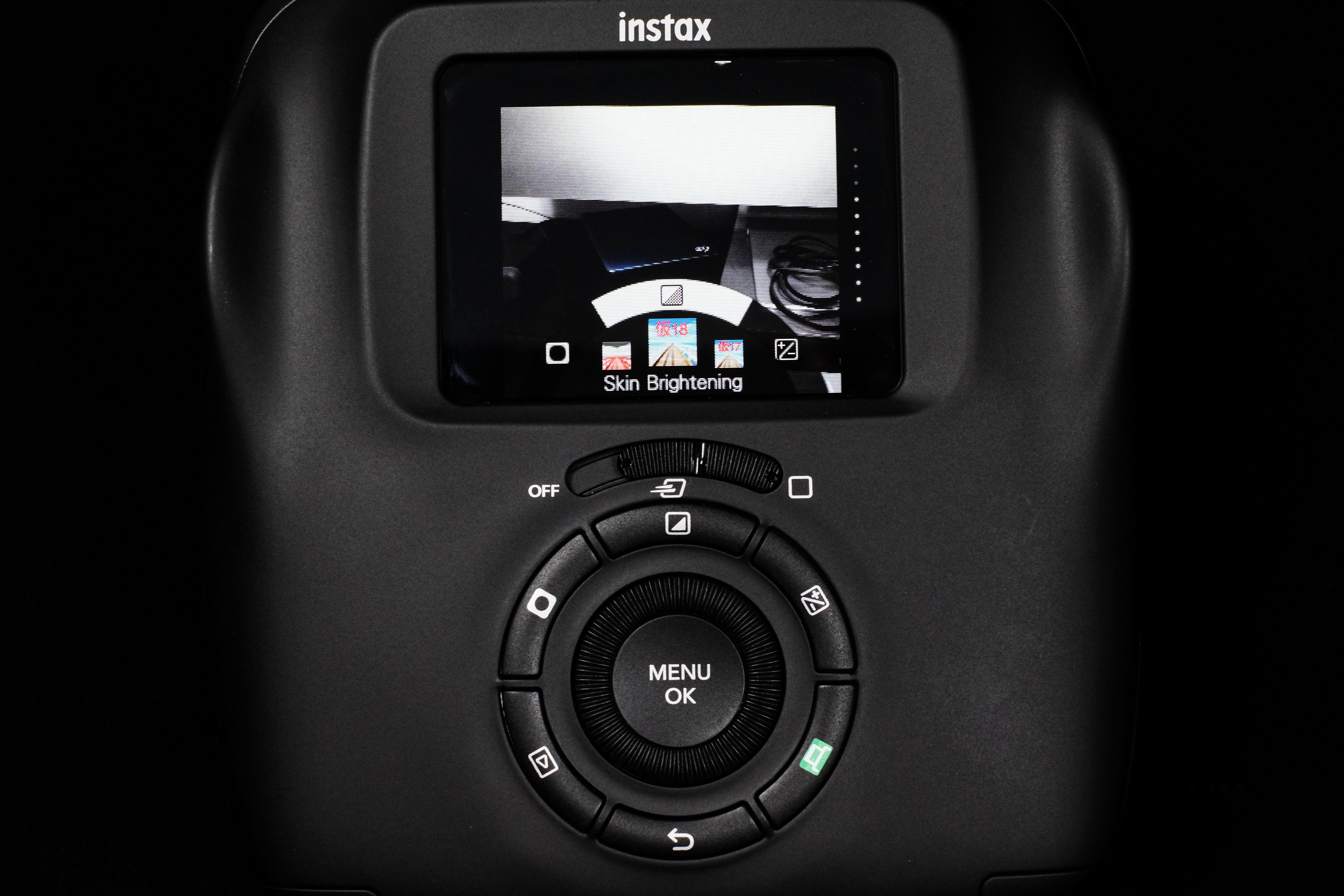 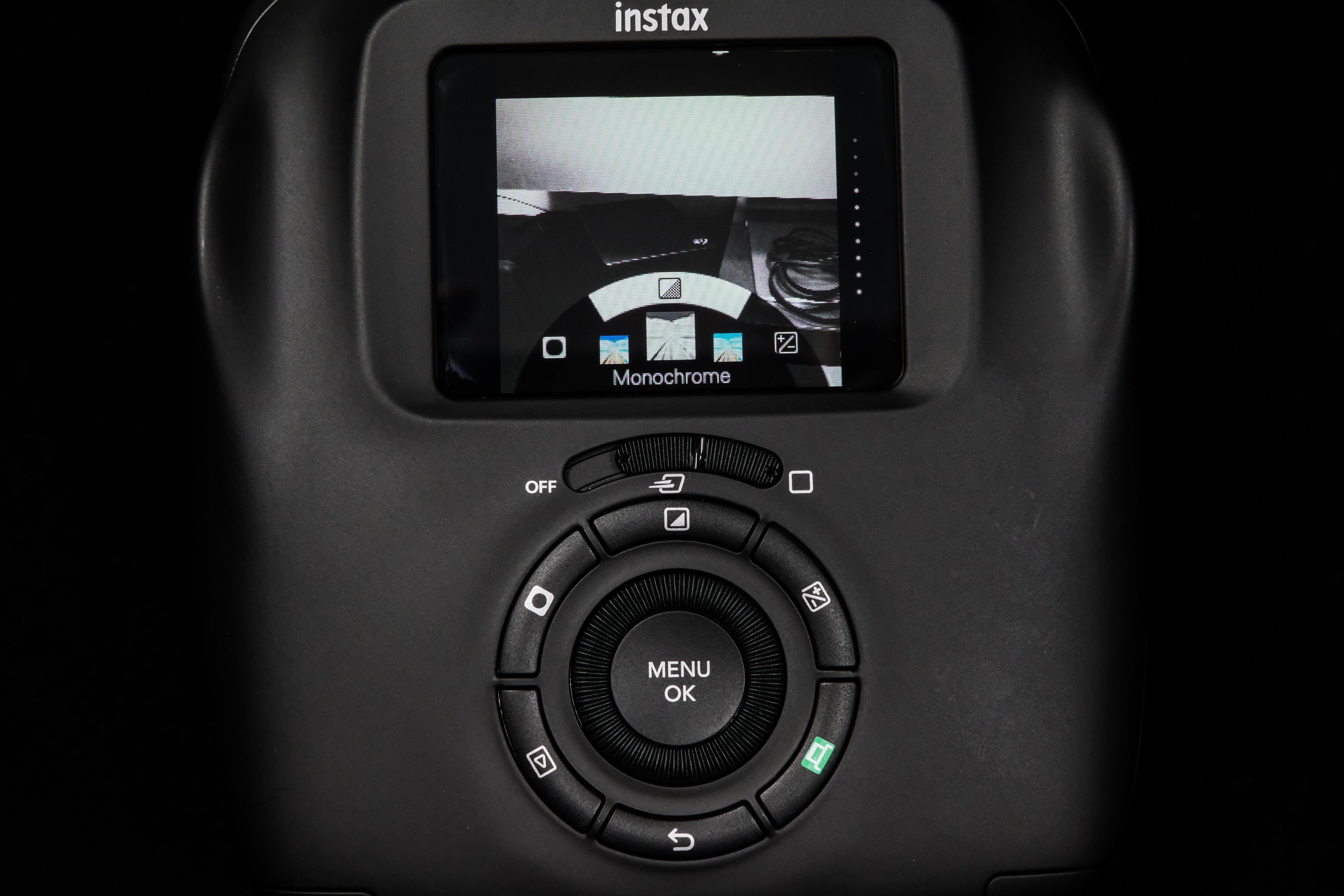 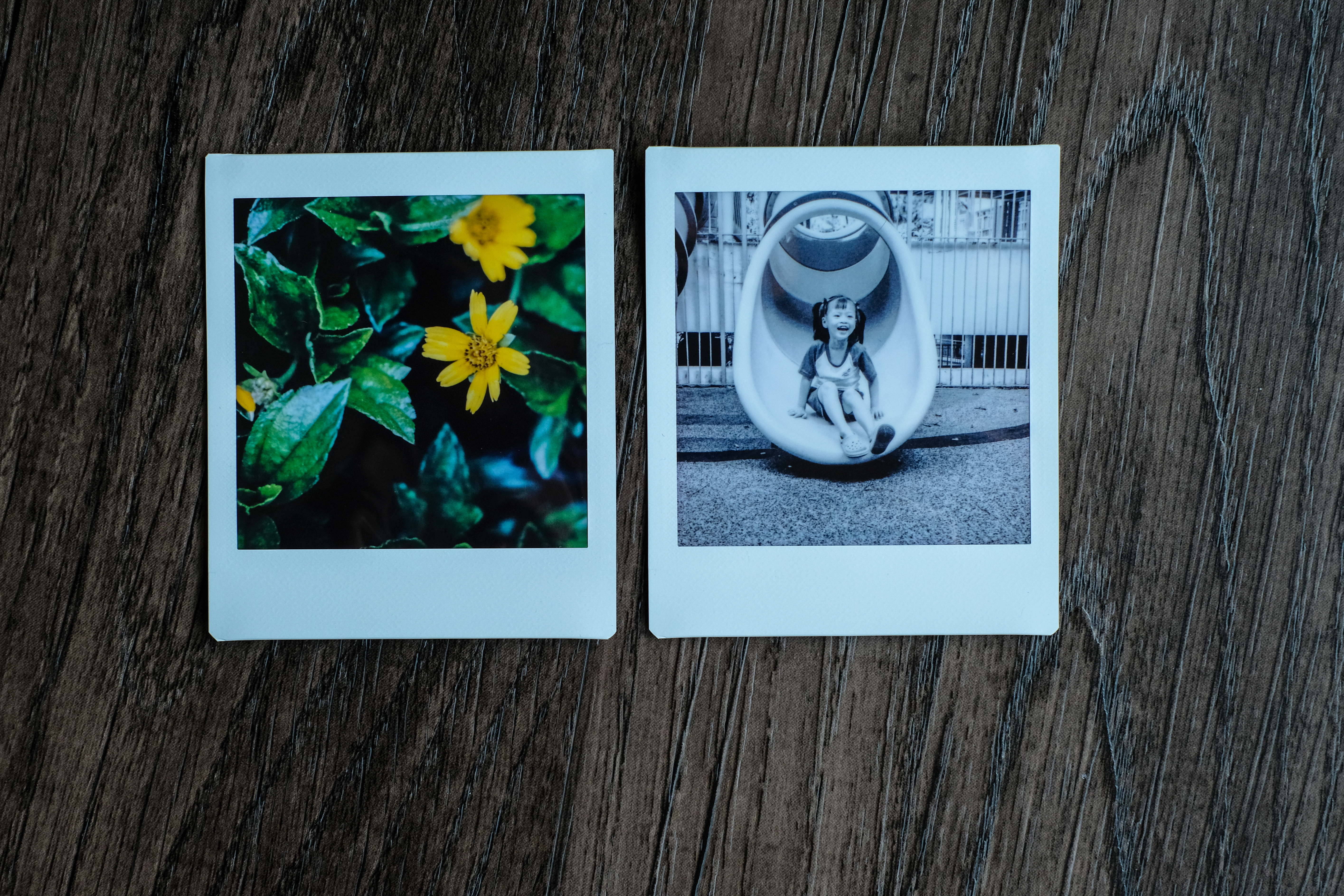 To me, one of the key reasons behind one getting the SQ20 will also be that it doubles up as an Instax Square film printer. It retains the same 12.5 dots/mm (318 dpi, 80 μm dot pitch) resolution and in fact even managing to out-do the SP-3 in terms of printing speeds.

The SQ20 now resolves one of the most frustrating issue the SQ10 faced, and it will easily print any image files from other cameras as long as the file-name is renamed as 4 Alphabets followed by 4 digits (eg: DSCF0001). Fujifilm’s file naming system has also been DSCF**** (4 digits) so files from Fujifilm cameras will be read directly too and before we get to more samples of prints, a quick standard disclaimer for clarity.

1. The SQ20 was loaned from Fujifilm Asia Pacific for 3 days and was returned at the end of the review period. I did not receive any payment in any form for this review.
2. All images of the Square Instax films and the SQ20 itself were photographed using a Fujifilm X-Pro2 and the XF35mm F1.4 lens.
3. Every single piece of instax film sample shown here was truly shot or printed using the SQ20. Where the in-cameras filters were applied, I will be making a note too. 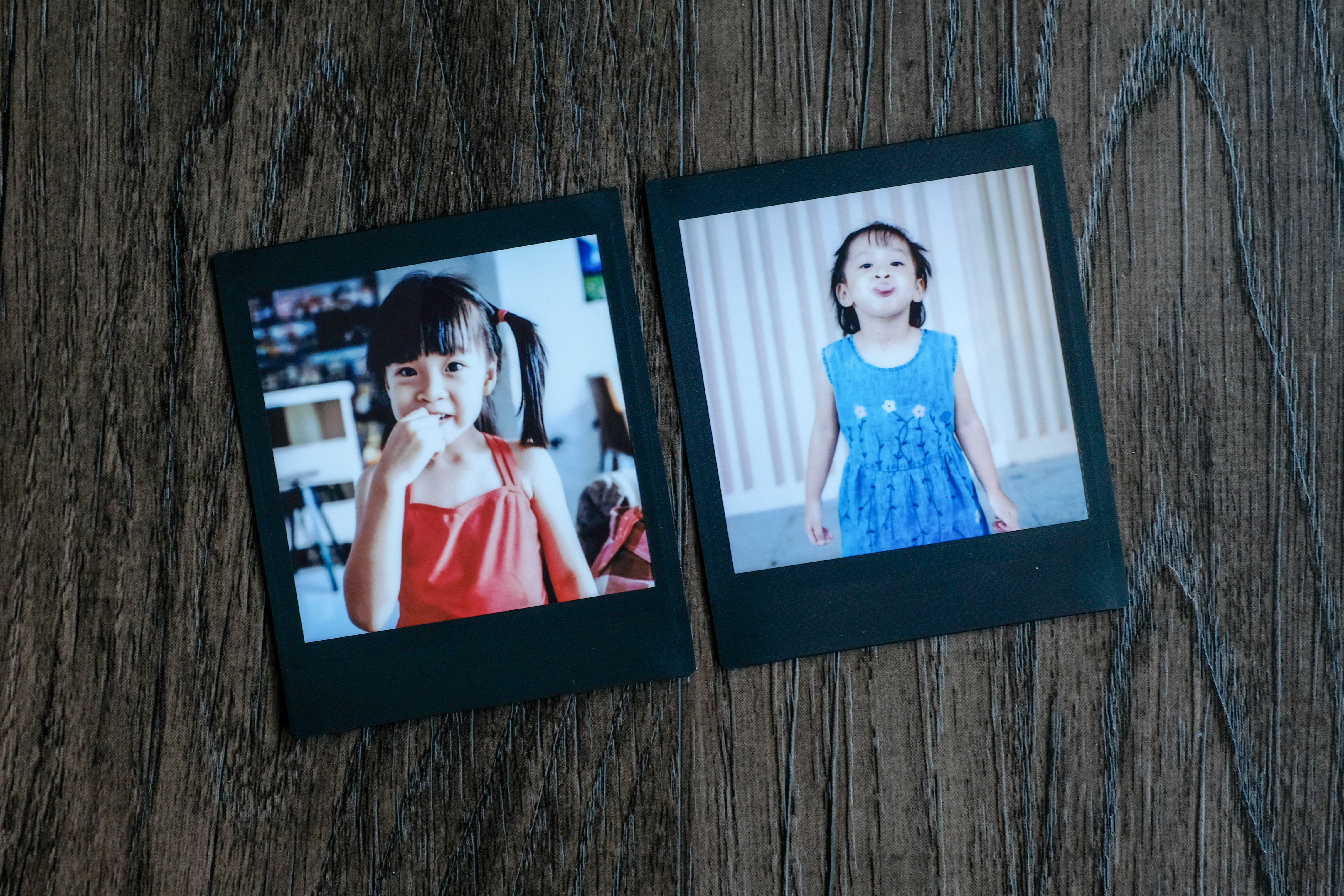 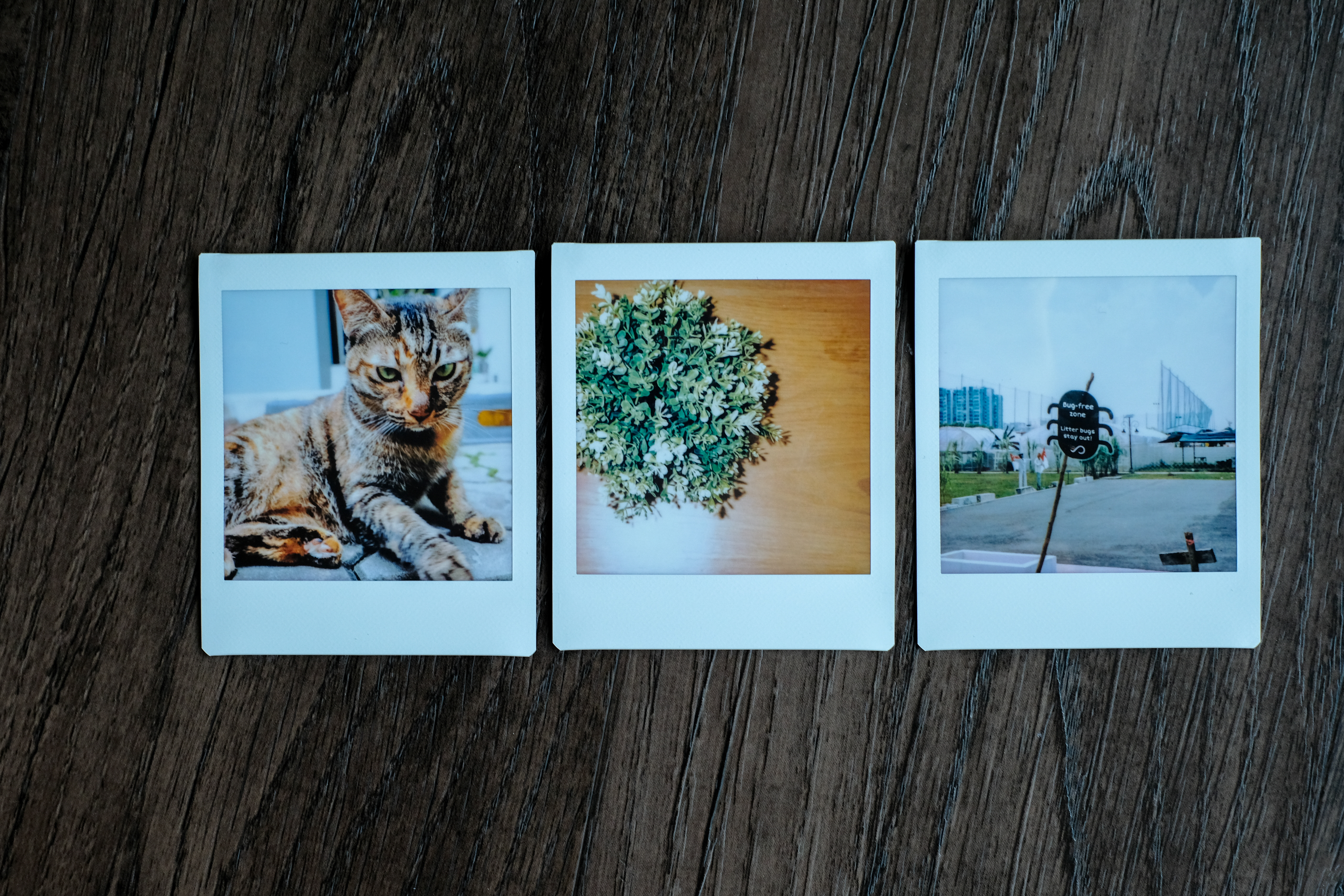 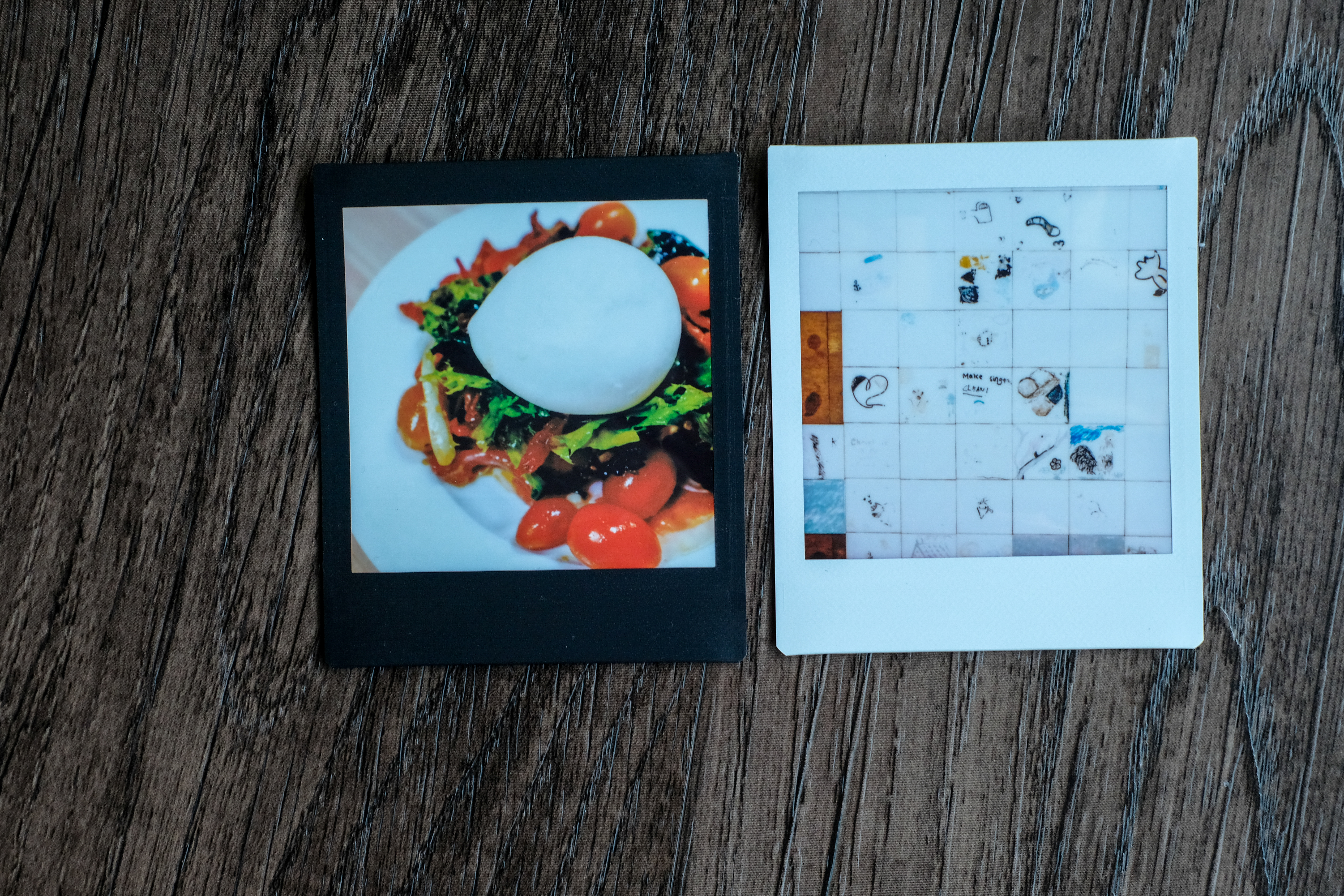 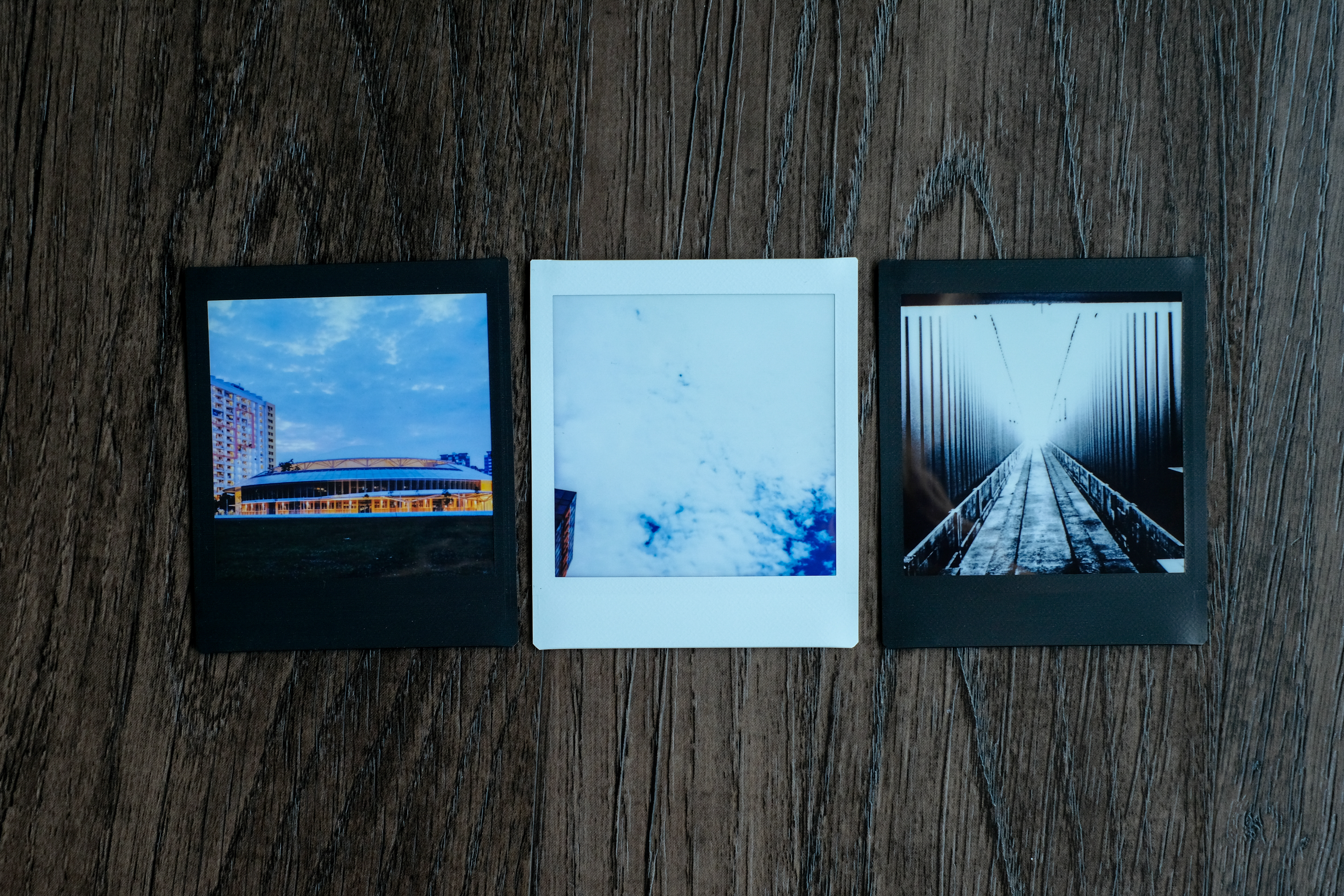 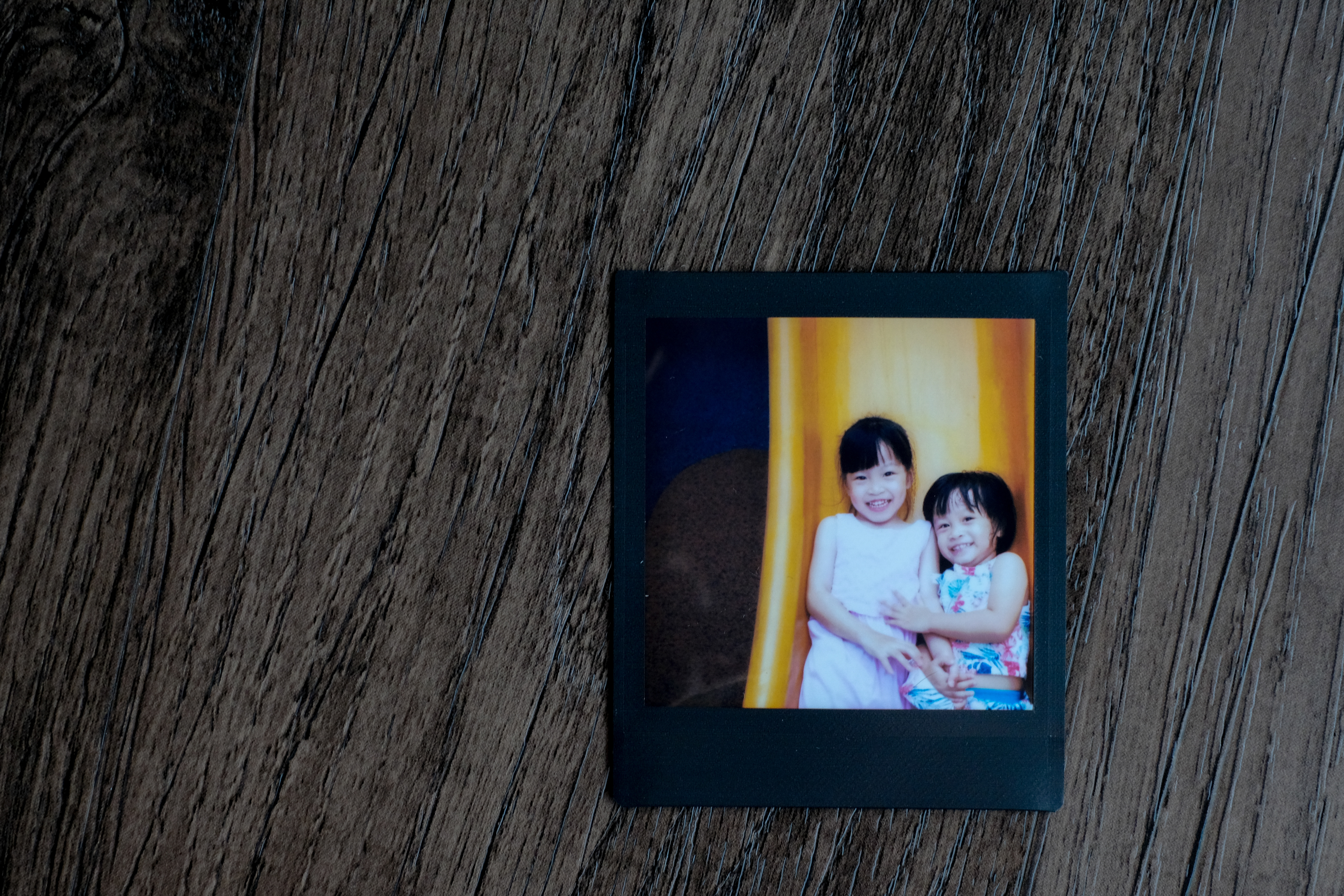 The SQ20 in 2018 comes with a good set of needed improvements from the SQ10. Using the Instax line of cameras should always be about spontaneity, fun with an anticipation of how the prints will turn out and the SQ20 does not disappoint in this respect.

Two areas to look at if one must find something to pick at the SQ20 (well, we know some people can’t rest if they can’t find a weakness) is that the optics could have been improved from the SQ10 and the lack of a ‘crop’ function amongst the already impressive repertoire of editing functions the SQ20 has.

The SQ20 is built with allowance for firmware updates along the way in line with Fujifilm’s Kaizen spirit and as such, it will only get better with time. 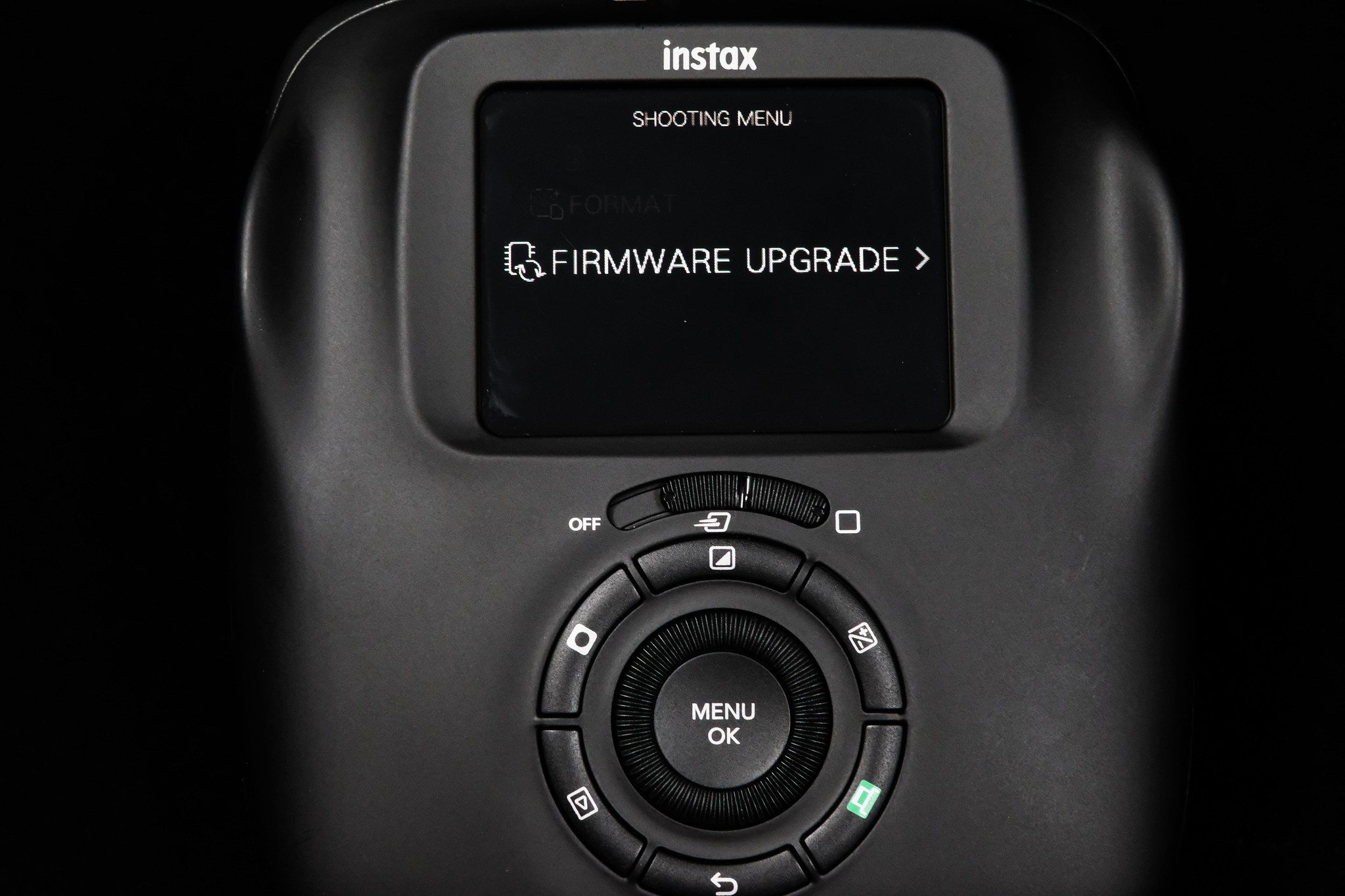 One issue I faced was surprisingly the differing reactions people had towards the concept of a Hybrid Instax, with film and Instax purists deriding its existence, the more fun-loving users taking the concept well and the value-seekers realising the SQ20 is indeed a value for money proposition over the Instax SP-3 printer. Its not often a product meant to be simple and fun can bring forth so polarising reactions.

In all, with a significant price drop over its predecessor, the Instax SQ20 represents good value as I can simply treat it as a SP-3 printer (which costs more) alternative but now more compact and able to indulge me in the photo-taking process.  I will easily give it a 85/100 and its not perfect, but heck – nothing and no one is meant to be perfect anyway. 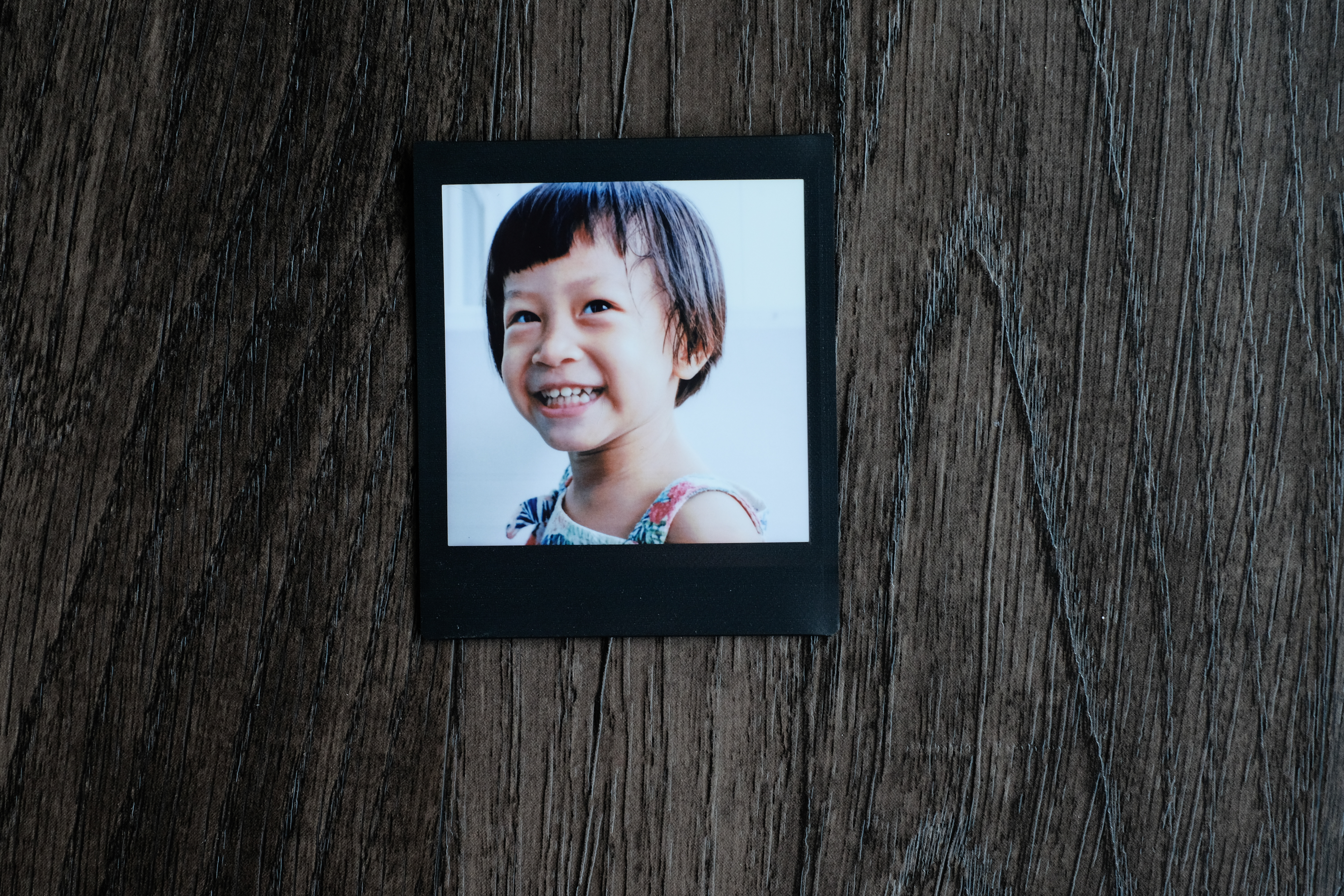 *Stocks in shops for the SQ20 should be available in early – mid November depending on the country.

2 Replies to “The most informative review of the Fujifilm Instax SQ20: Fun now comes in a three-in-one package.”