It’s been four years since the Leica Typ 701 (or simply Leica T) was revealed in 2014. Touting an undeniably sexy unibody design and a brand new lens mount, the Leica T showed that Leica was changing and getting serious (ok, or maybe just being bored) about staying relevant in a technology-focused photography climate.

And yes, back then I bought into the Leica T system together with the TL23mm Summicron with as much hunger as a squirrel seeing the first nuts appear at the onset of Spring, springing a princey sum of US1700 for the body alone. (or some say, it was G.A.S at work) 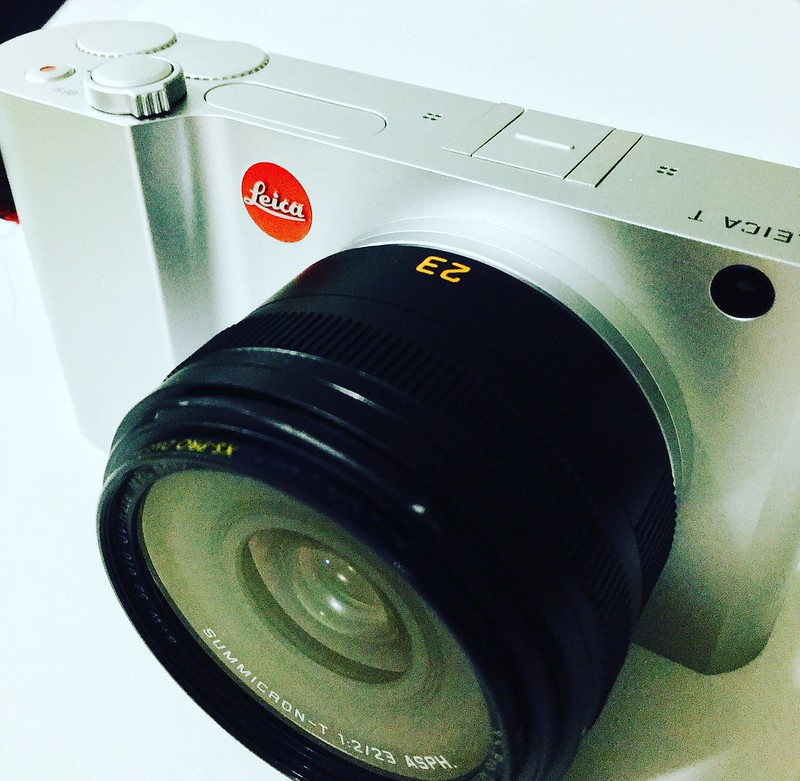 The camera was then universally praised from its daring use of a totally re-imagined firmware interface and heavy dependence on the touch-screen. Coupled with the immensely beautiful design (with Audi’s input), these factors basically ensured the Leica T sold itself from 2014 to 2015 but yes, there were certainly many unpleasantries in the performance many of us encountered.

Firmware ver 1.00’s issues were numerous: slow start ups, autofocus performance bordering on unreliable and difficult to use in low light situations, a sluggish menu interface and I remember, a touch-AF and touch-Focus interface that hardly worked soon shone a not-so-favourable light onto Leica’s big step into the 21st century, dividing users with some saying the TL mount was doomed and yet, some steadfast loyalists standing firmly with the Leica T. (I belonged to the group that moved on)

But that was four years ago, and a lot’s changed now in 2018, with the TL mount’s releases of the Leica TL, Leica TL2 and now, the Leica CL – pushing the TL mount now into a 2nd generation sensor and processor duo with noteworthy improvements from increased resolution from 16.3 megapixels to 24.2 megapixels , a two-stop improvement in low light and higher ISO performance of ISO12,500 to now ISO50,000, and maybe most noteworthy of all – a huge jump of the original 9 AF points to now 49 AF points and huge speed bumps from an original 5fps to now 20fps (e-shutter mode)

Even the touch-screen’s performance was reported to be improved by a factor of 8 times from the Leica T to the Leica TL2. No idea how Leica measures that, but 8 times is a lot so even if i discount them by 50%, 4 times is still significant.

image source: https://www.magezinepublishing.com
(nope, not mine, I had really wanted to purchase a Leica CL with the new TL18 Elmarit but it didn’t happen but that’s a story for another day)

From the excitement of 2014, a lot of users have since moved onto the newer TL-mount releases , some also leaving Leica’s TL mount for other systems (do note that other brands like Sony, Fujifilm have plowed on ahead in these 4 years too)

What was a total surprise to many was that no matter what happened, admiringly Leica has quietly stayed committed to their 45 mins hand polished aluminium wonder and the Typ 701 has slowly evolved into a serious machine worth a second glance. Let us take a look.

and it was in end 2017, when I started searching for a TL23mm Summicron for my next-to buy Leica CL, I chanced upon a set of Leica T and TL23 kit going for a ‘steal’ (yes, they are still being sold brand new in box) and I thought to myself:

“well, since there’s no proper follow-up answer for the CL, why not just go for this instead?” 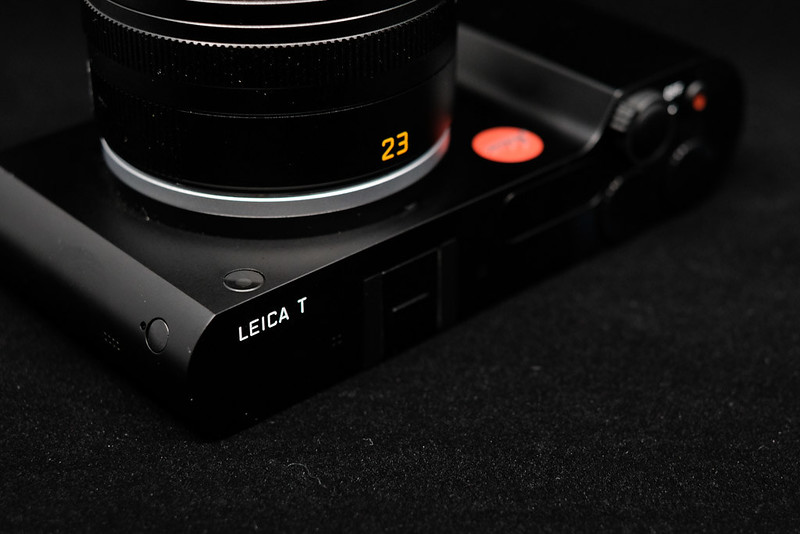 and yeap, this is my second set of the Leica T.  I had a bad experience with ver 1.00 on a silver body so well, that means I got a black set this time.

Out of the box it was a version 1.43. I was very lucky to be able to find through a fellow Leica fanboy ver 1.5 which allowed me to update to ver 1.7. No idea why Leica removed ver 1.5 from their sites but I really think they should consider hosting all versions. 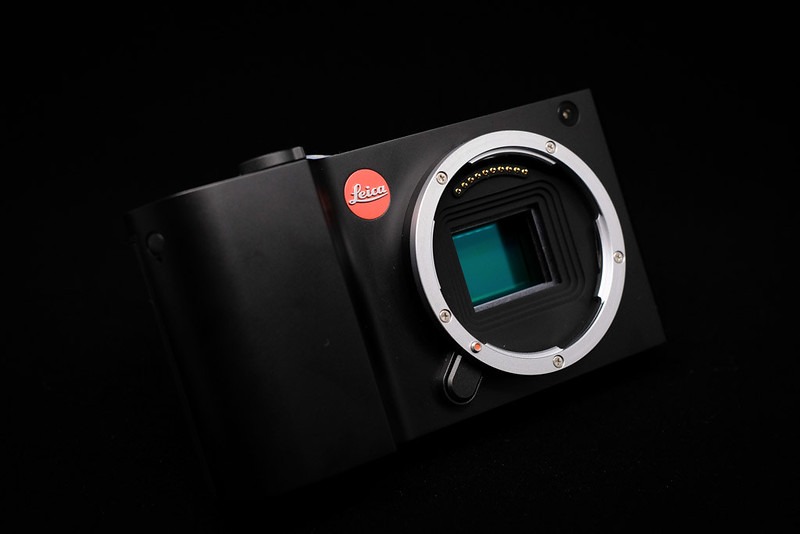 and unexpectedly, the Leica T is now a camera that I can say : ‘is an enjoyment to use’.

It’s important to note that a touch screen interface is only as good as its software, though. From experience camera companies are notoriously bad at designing software, and I admit that I was again very doubtful at the thought of such a small, conservative company attempting to design a camera that essentially uses a smartphone interface.

But I’m delighted to say that Leica has taken the last 4 years to get this working right. 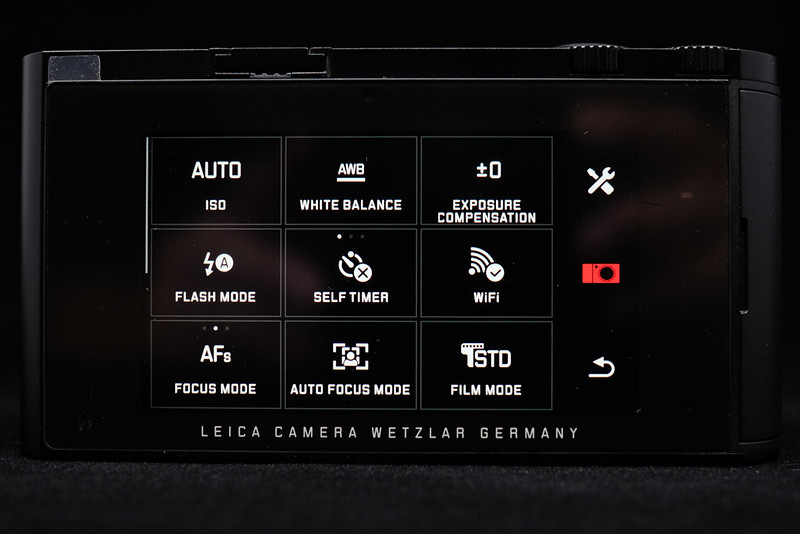 When you turn on the T you’re immediately in the shooting mode. A quick setup ended with the left dial adjusting Exposure and the right dial adjusting Aperture values and yes, that’s it, you are set to shoot. And yes, startup is now way snappier than before.

On the right side of Live View , you have three software ‘buttons’. The top is shooting modes (PASM, Scene), the middle is the menu, and the bottom “Info” button toggles between shooting overlays like grids and histograms. It’s pretty awesome that without going into a menu you are always just taps away from having as much or as little information as you want on the actual picture taking screen.

Shooting modes are pretty self-explanatory, with the usual suspects like manual and priority modes. As this is positioned as a consumer-friendly camera, you do get scene modes for things like sports and sunset. With experience, the scene modes are actually quite convenient and practical, and basically – they work.

The menu system is now responsive, and fast.  Most functions I ever need to adjust while shooting are at most 2 taps away , and yes, the Leica T has managed to grow up gracefully. 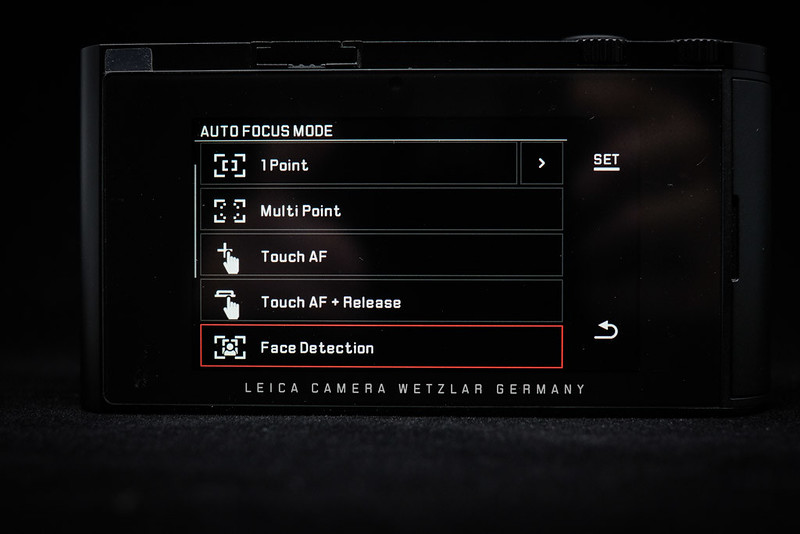 Delighting me most was how well Touch AF and Face-detection works now, I shoot mostly portraits and having a reliable Face-detection is a bonus to me and very soon I was reliving the Leica T experience again.

and oh boy, it is great. 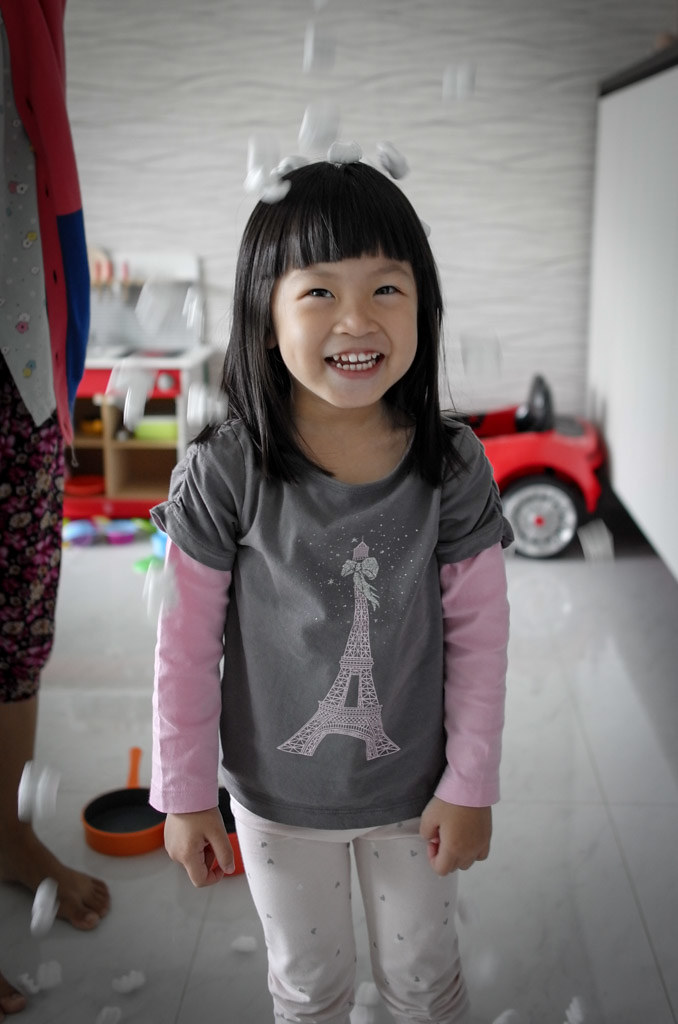 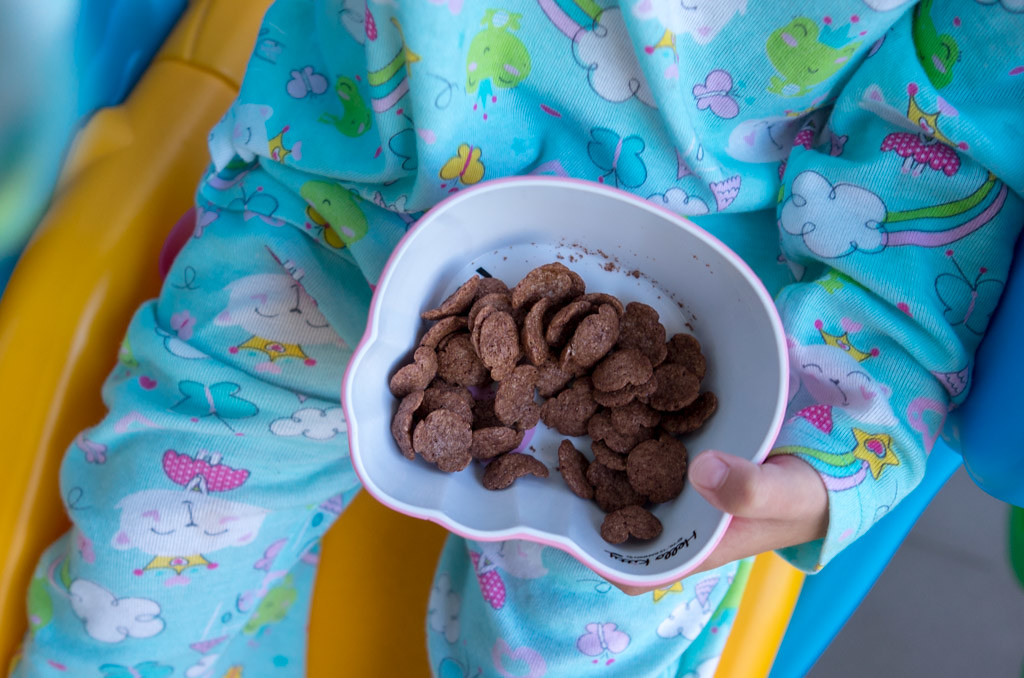 The 35mm viewpoint has always been my to-go focal length and the TL23 Summicron performs admirably, true to its Leica heritage. 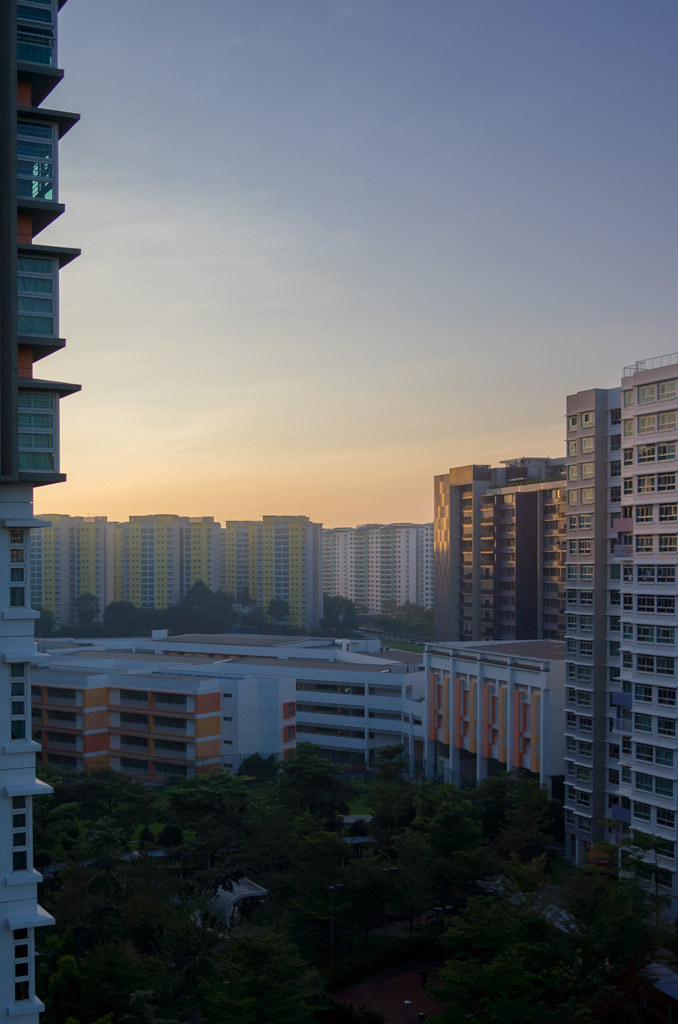 with firmware ver 1.00 back then, getting a focus was ‘luck’ in play sometimes and I had given up trying to get a shot at instantaneous moments or even subjects in motion but now its different.

The Leica T at firmware 1.7 now is a camera’s performance worth considering as a camera that one brings around everywhere for one’s everyday moments. 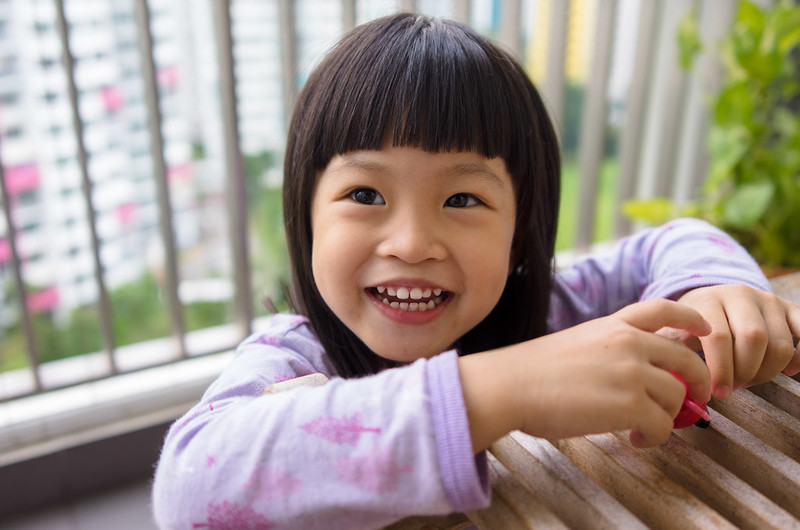 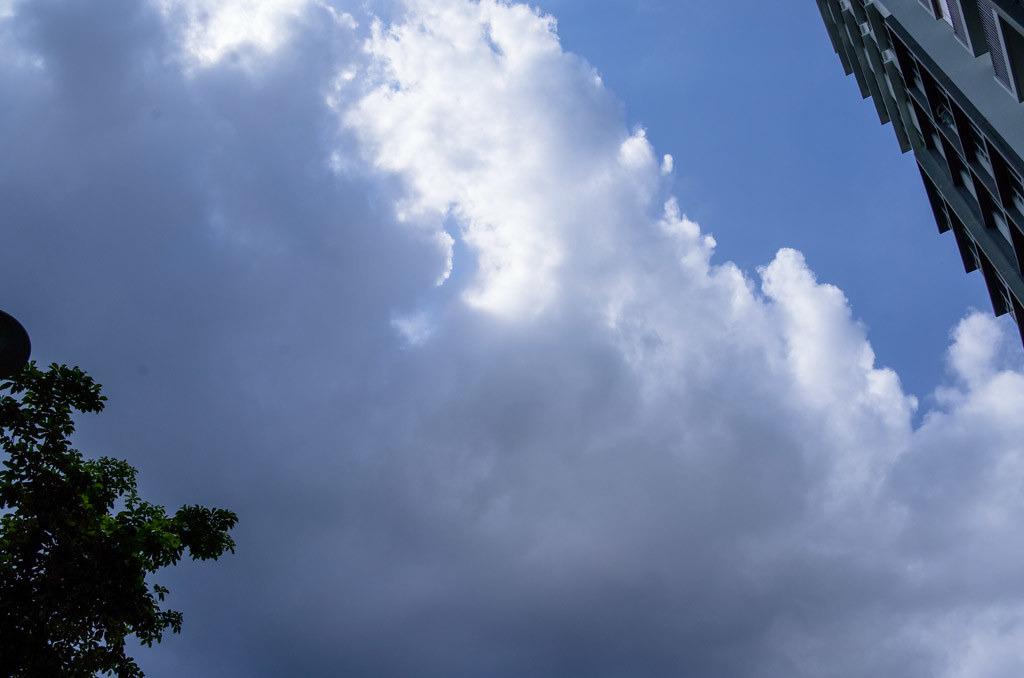 One of the reasons I stuck with the TL23 Summicron instead of the new TL18 Elmarit was that my gut feeling that this older lens will outperform the latter in image performance (but well, I haven’t tried the TL18 yet anyway but let’s see if I ever get the TL18 Elmarit to test) 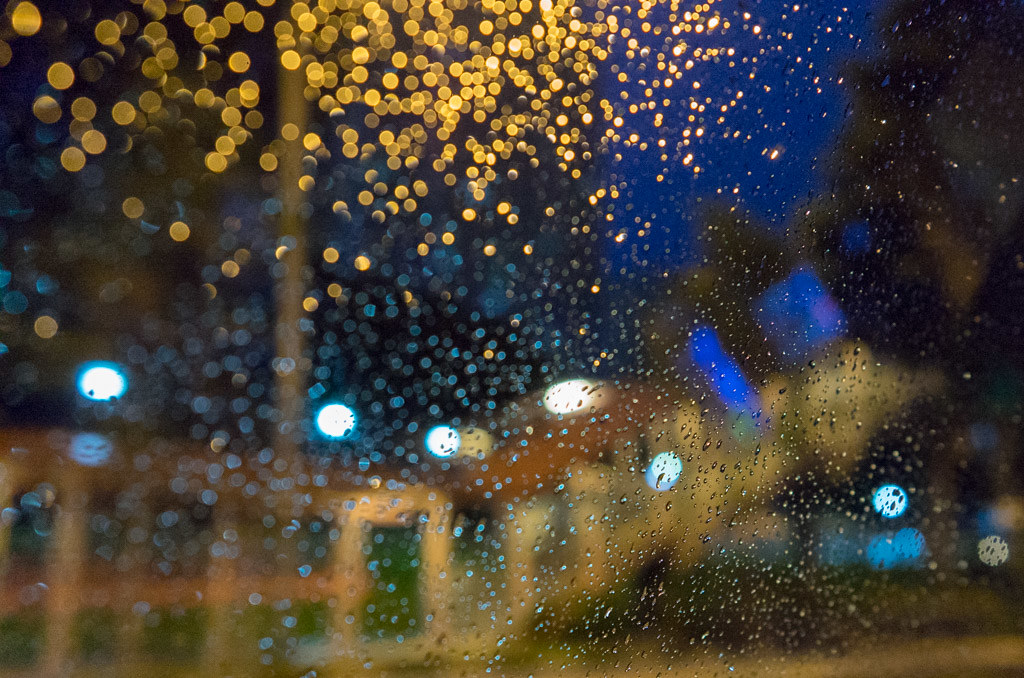 and yes, I did mention moving subjects. And I am going to go for the challenging erratic fast moving ones with no predictable motions like running children for this part. There is seriously no point in saying there’s an improvement in AF capability when what one does is show nothing to back it up. 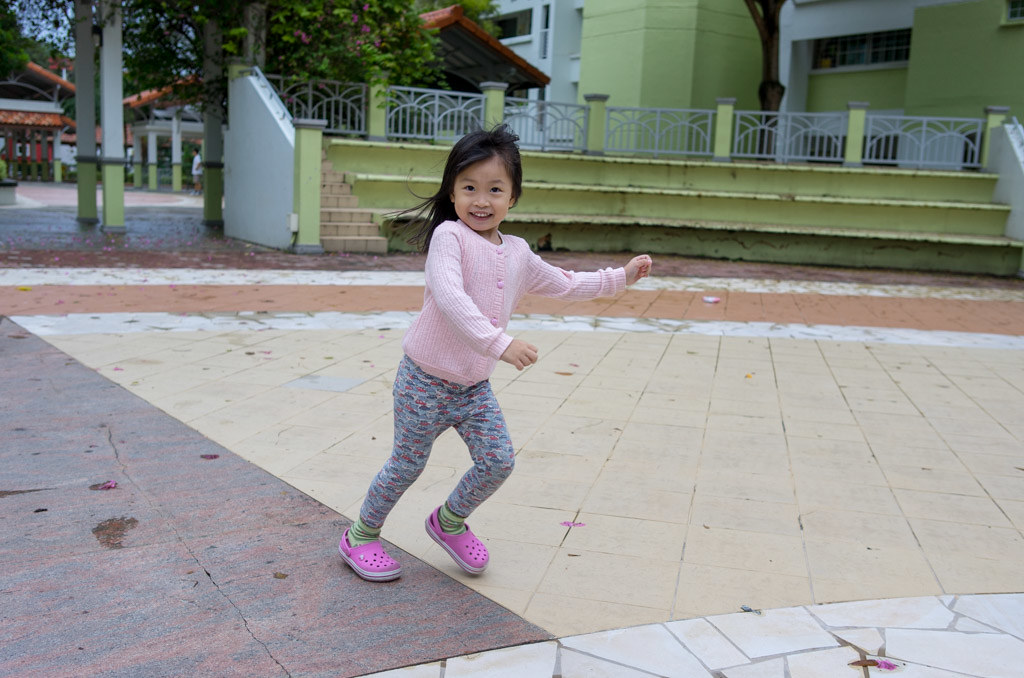 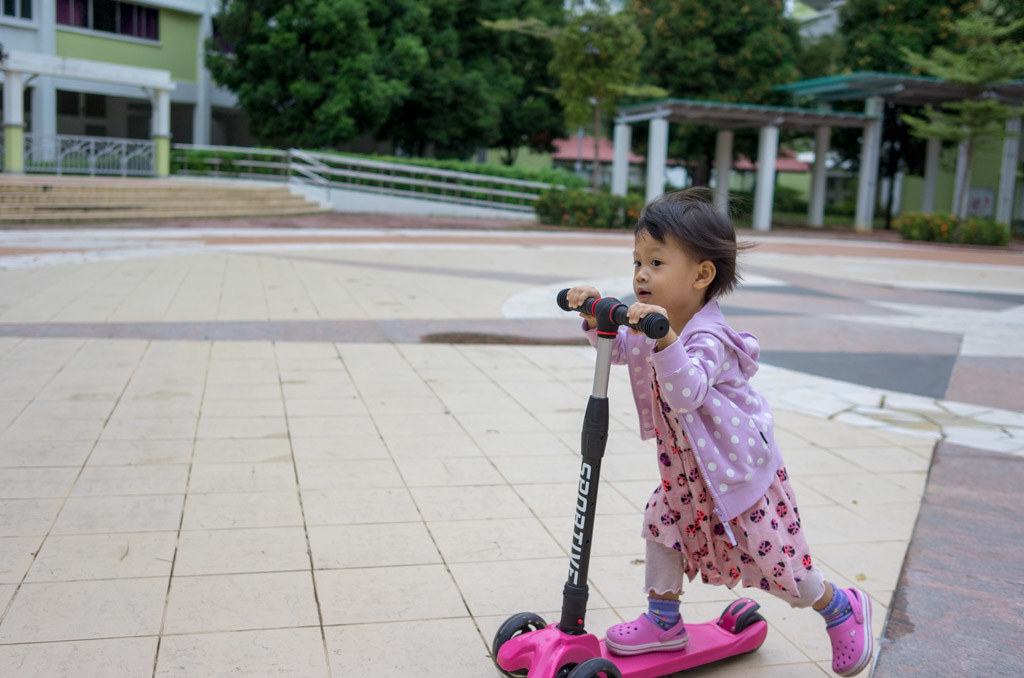 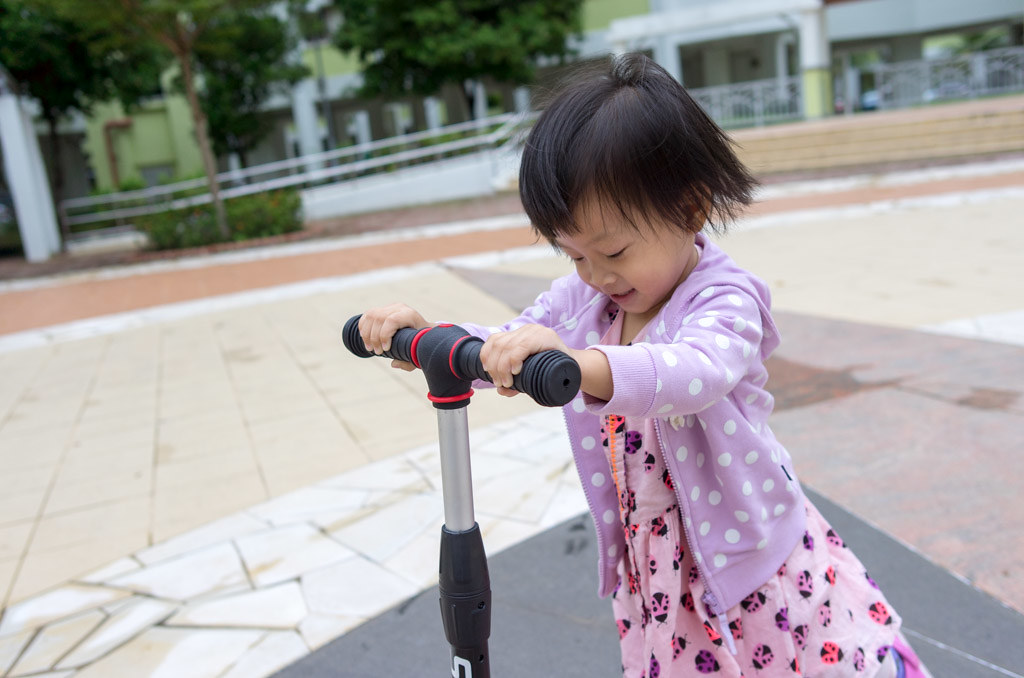 With Leica’s fast pace of releases for the TL mount in the last few years, one can always make the easier decision to purchase the latest iteration, after all, it makes the photography job easier and it is a fact that some people really have no issue shelling out SGD3990 for a Leica CL body. Remember, Leica represents premium in terms of craftsmanship and optical quality and before the TL mount, using Leica’s M mount meant a minimum SGD10,000 investment hence the TL mount is really seen as an entry level into the more serious level of Leica photography equipment.

However just for the Leica T, I will say:

given the immense dedication Leica has given to evolving the Leica Typ 701 over these 4 years and its current price point, the Leica T gives anyone one of the best valued propositions in entering Leica’s TL mount system, a system that will only grow further. 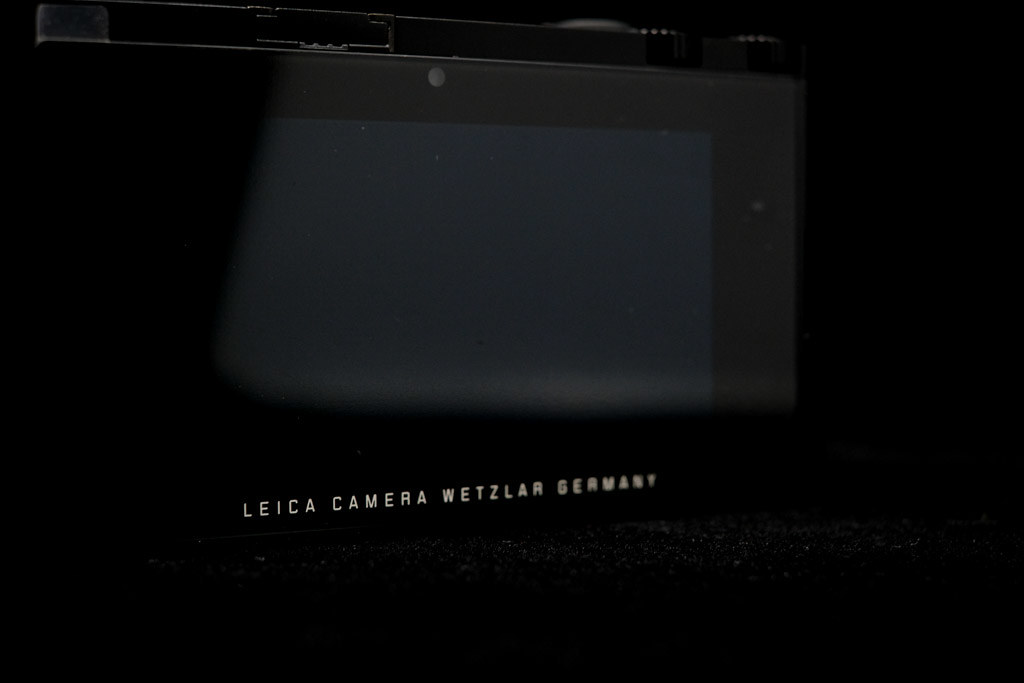 *disclaimer: The Leica T and TL23 was fully paid for by the writer, and the writer was in no way reimbursed by Leica for this article.

(hence well, that means I can afford to be honest unlike some fanboys that go ‘huff huff huff’ with every new Leica release.