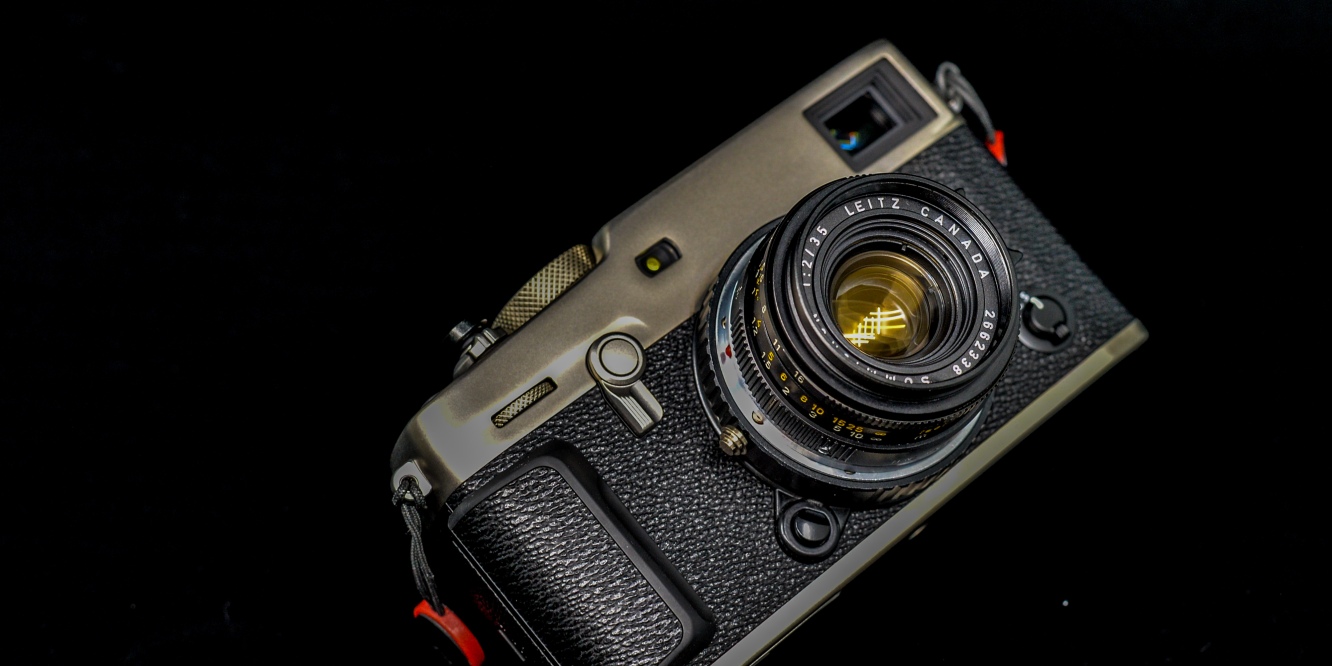 Leica M lenses have been around for close to 70 years with the M mount celebrating its 70th anniversary on Feb 10, 2020, and have generally been held in high regard and mystic amongst its followers.

And today, with a stroke of luck, I managed to obtain a 47-year old (well, that’s half a century but still far from the oldest versions) Leica Summicron 35mm Version III made in 1973.

*Note: the Ver II and III have the same optical formulae, and likely differed from the country of manufacture (Germany vs Canada) so I will refer to them as III for simplicity sake here. 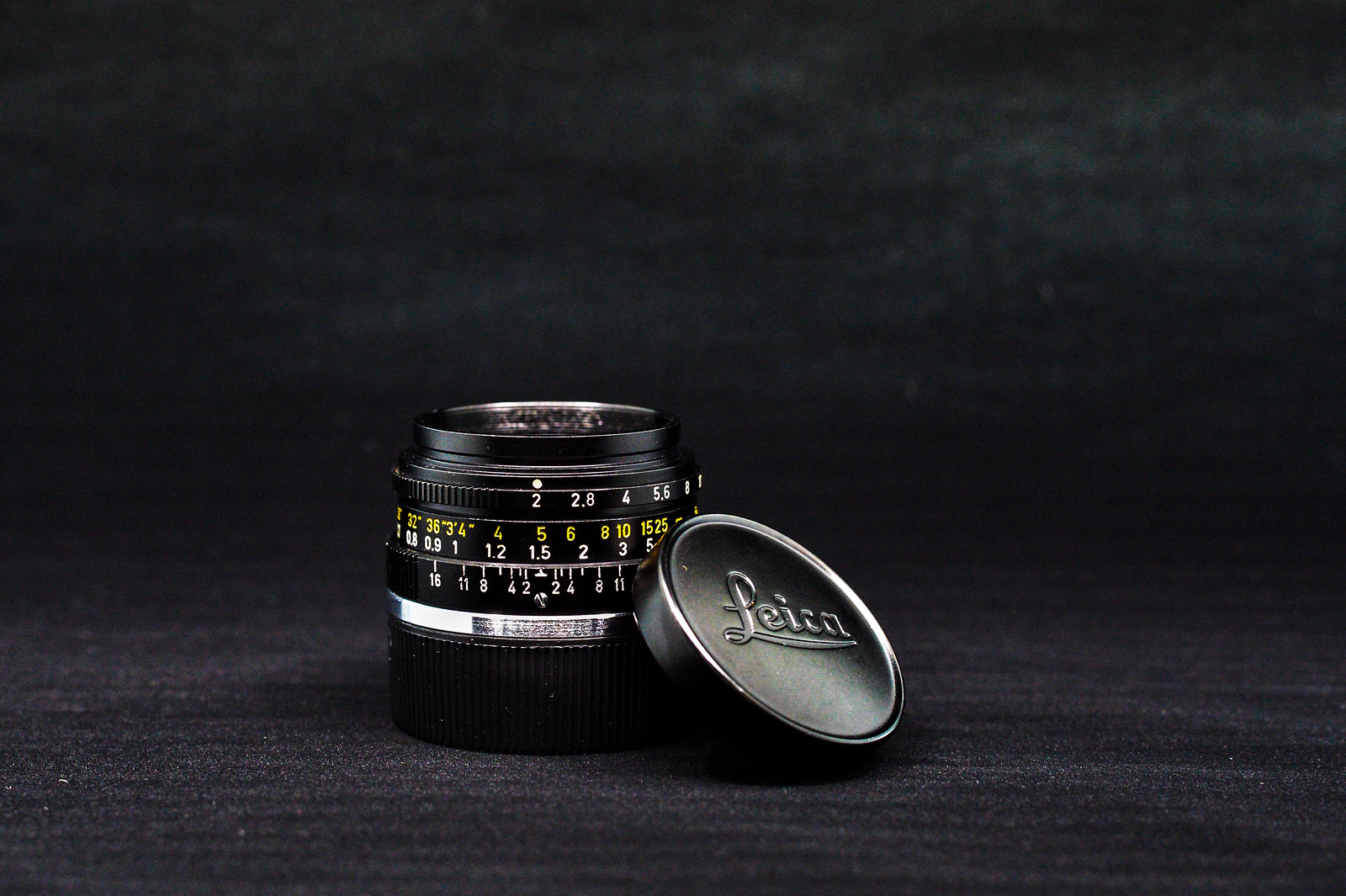 A lot has been said about the various versions dating from 1958 onwards but a search shows scant writeups of them being adapted to Fujifilm cameras hence the premise for this writeup. This is version III, the least liked, at least if compared to version IV, which is affectionately nicknamed the KOB (King of Bokeh). 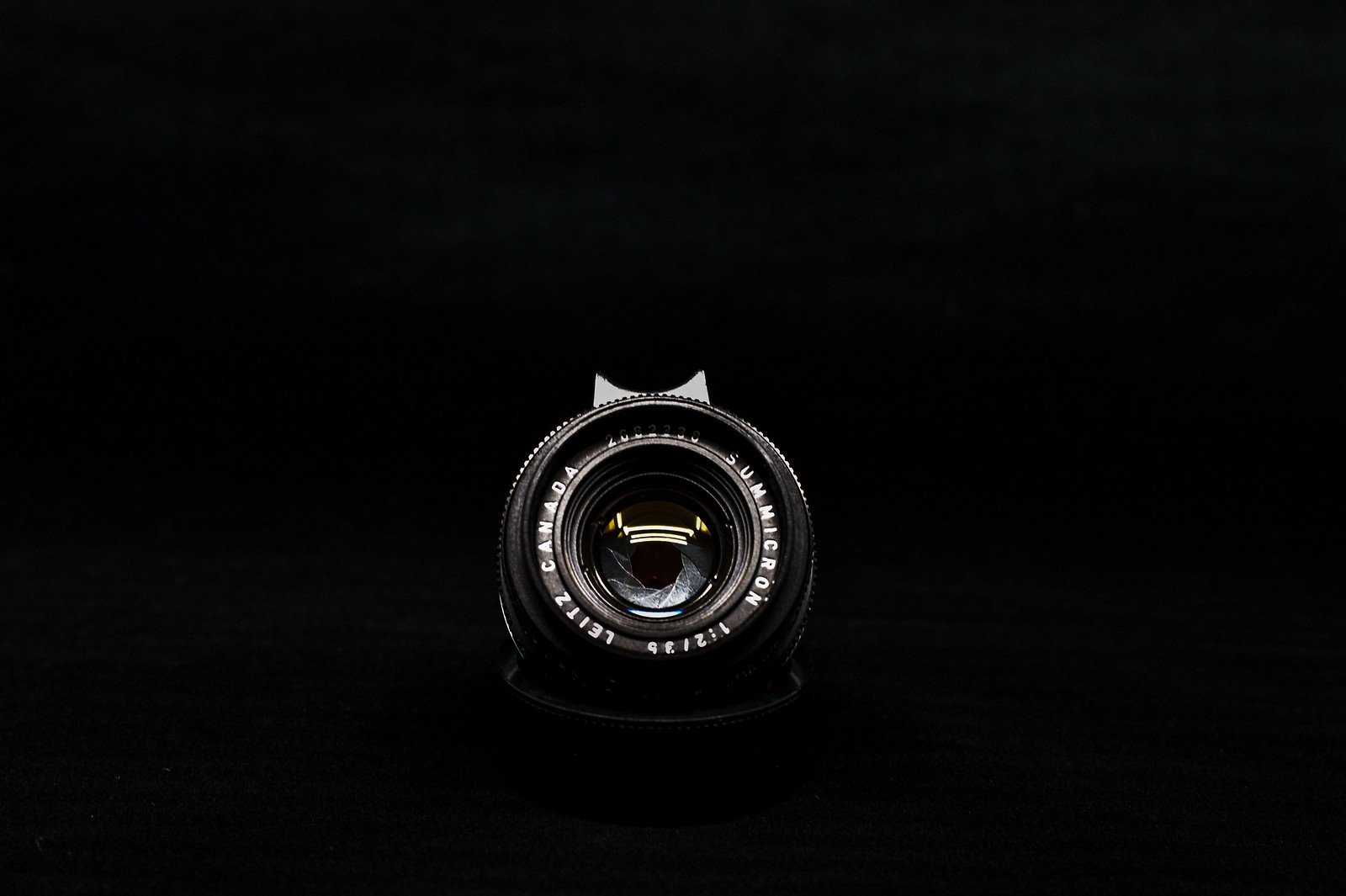 This version of the 35mm Summicron takes 39mm filters, comes in at 6.040 oz./171.2g and it’s optical design comes in 6 elements and a beautiful 10 blades. Production started in 1969 to 1971 in Germany while later shifted to Canada from 1971 to 1979. One of the nicest designs of this lens is its diminutive size, the lens cap actually is the same size as an Oreo biscuit. 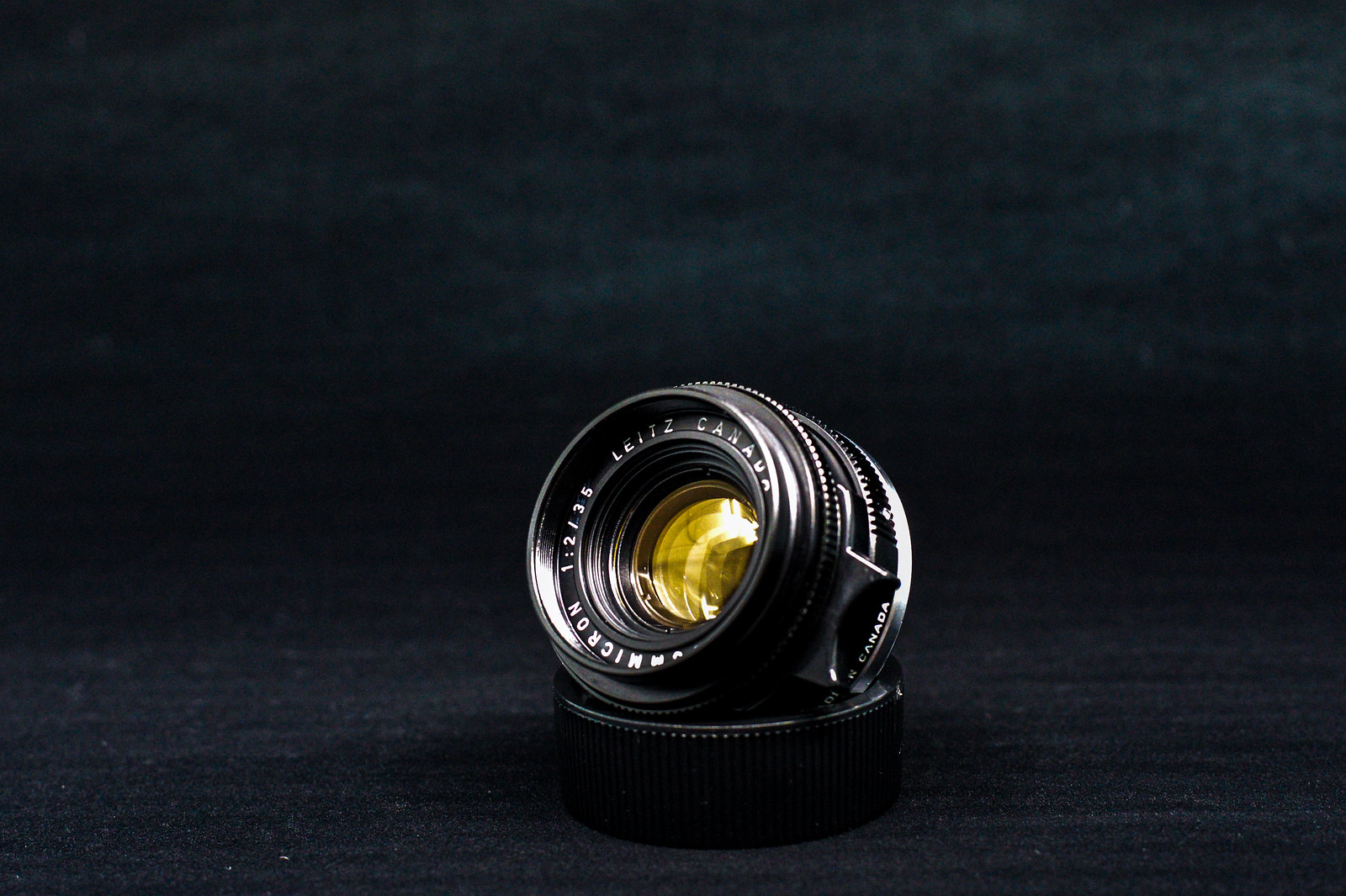 Yes, even the lens coating has remained intact over the last 47 years.

Firstly, to get the elephant in the room out, yes – the Fujifilm X-mount is an APSC sized sensor camera, aka one will never have the same amount of depth of field as compared to adapting the same lens on a Sony full-frame body, plus due to the 1.5x crop factor, a 35mm focal length ends up an approximately 50mm so my 35mm Summicron on theory performs like a 50mm f2.4 lens on the X-Pro3.

But allow me to tempt you… 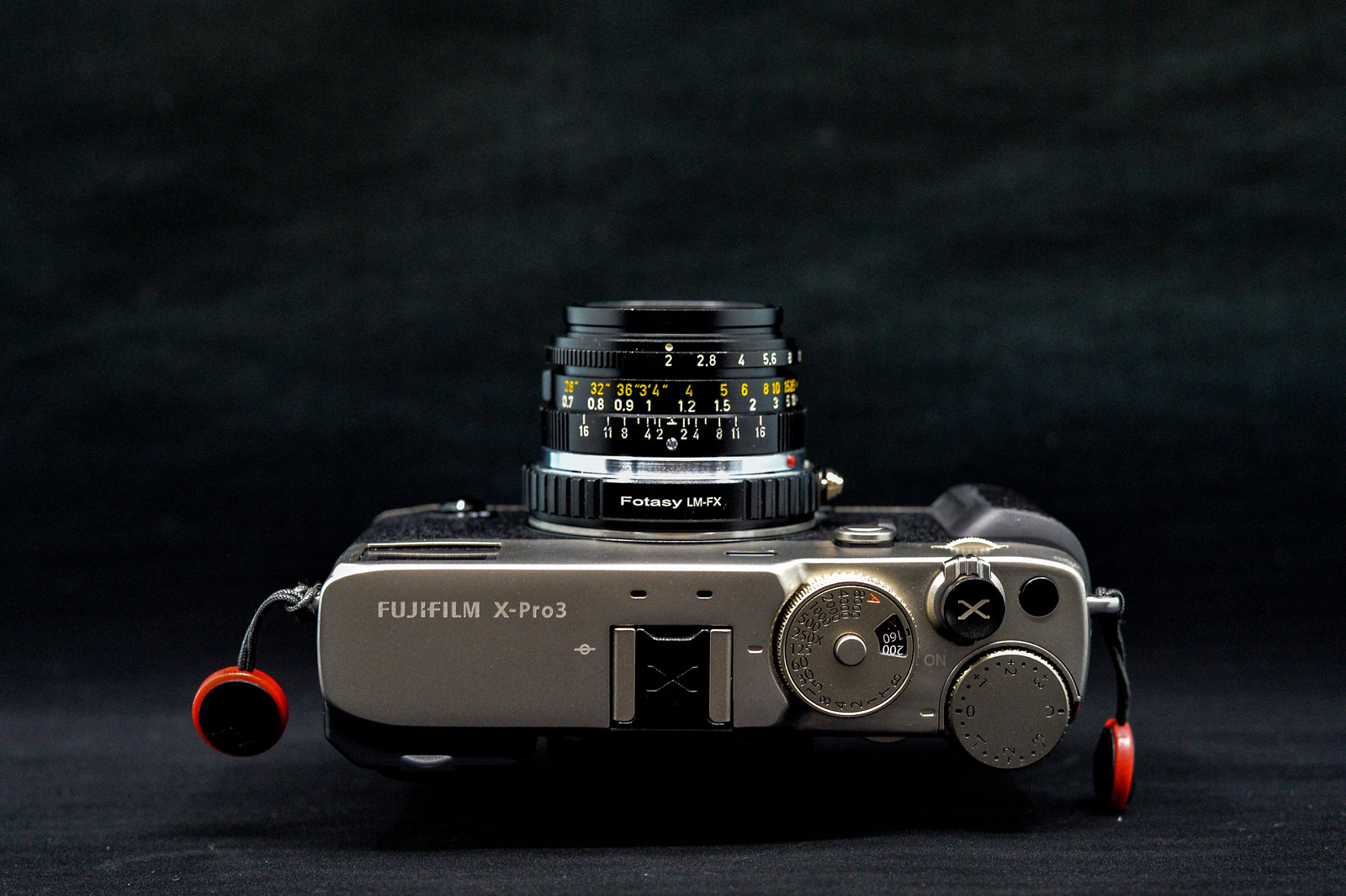 and so we start this little visual review and some thoughts on using this setup as we go along. 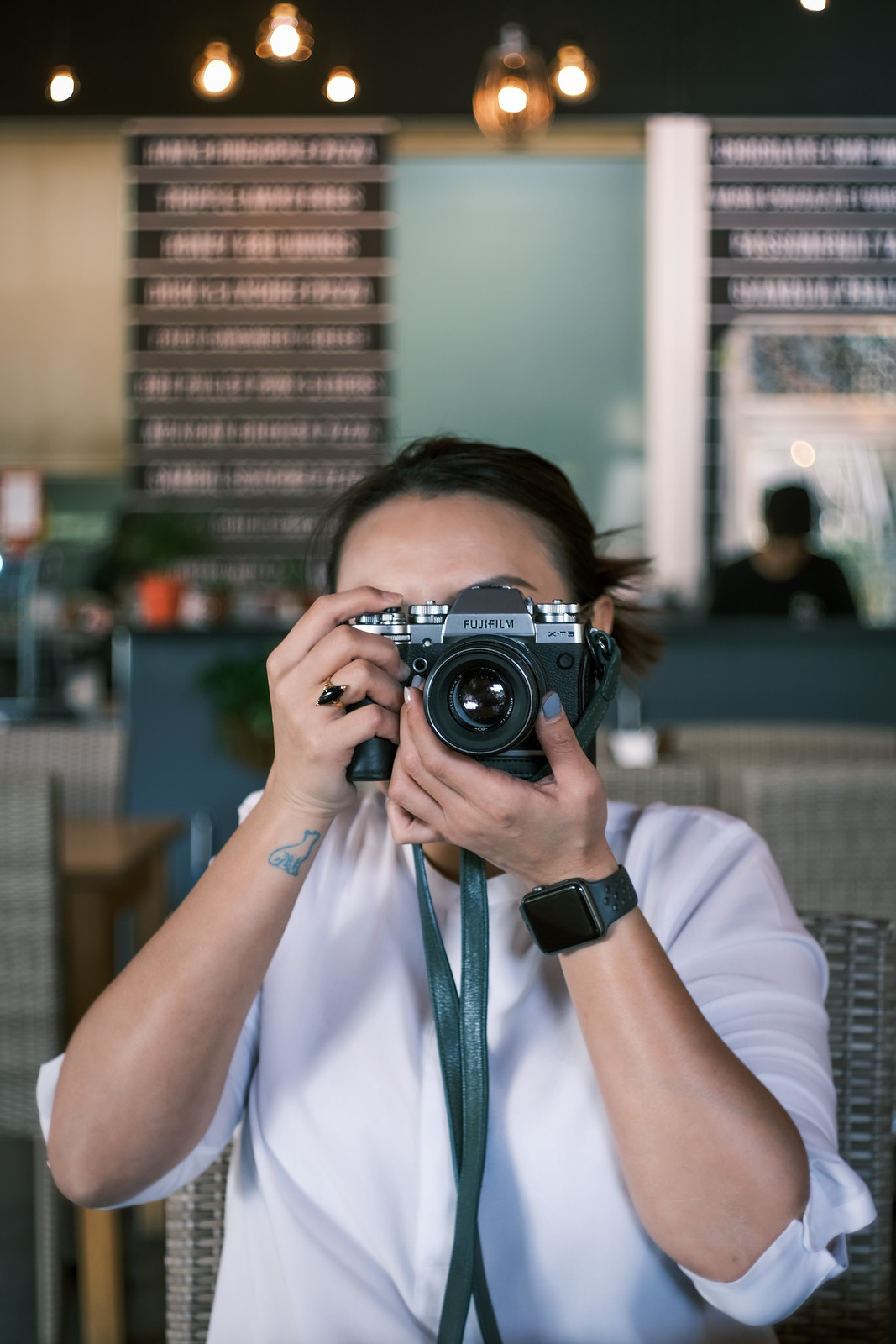 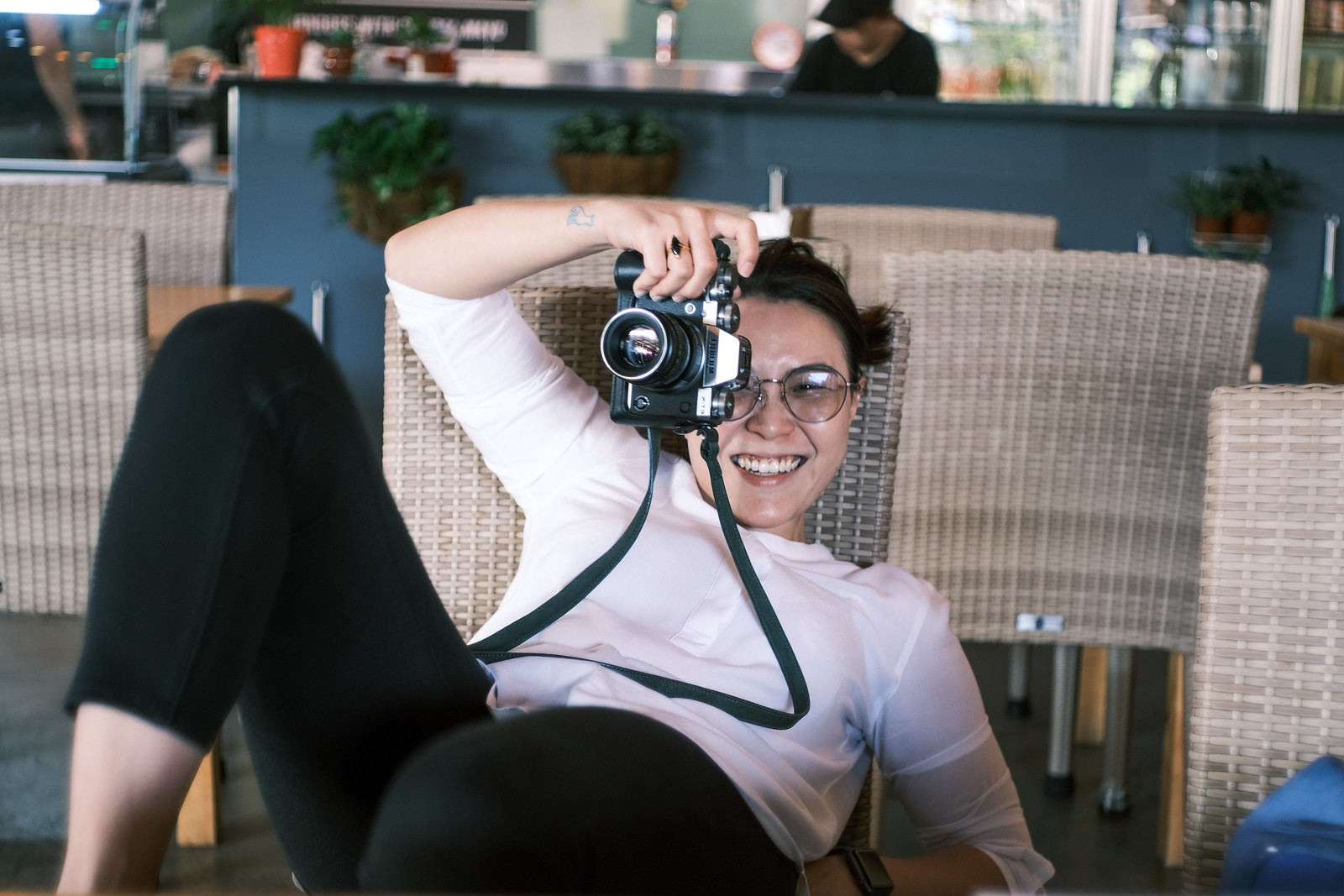 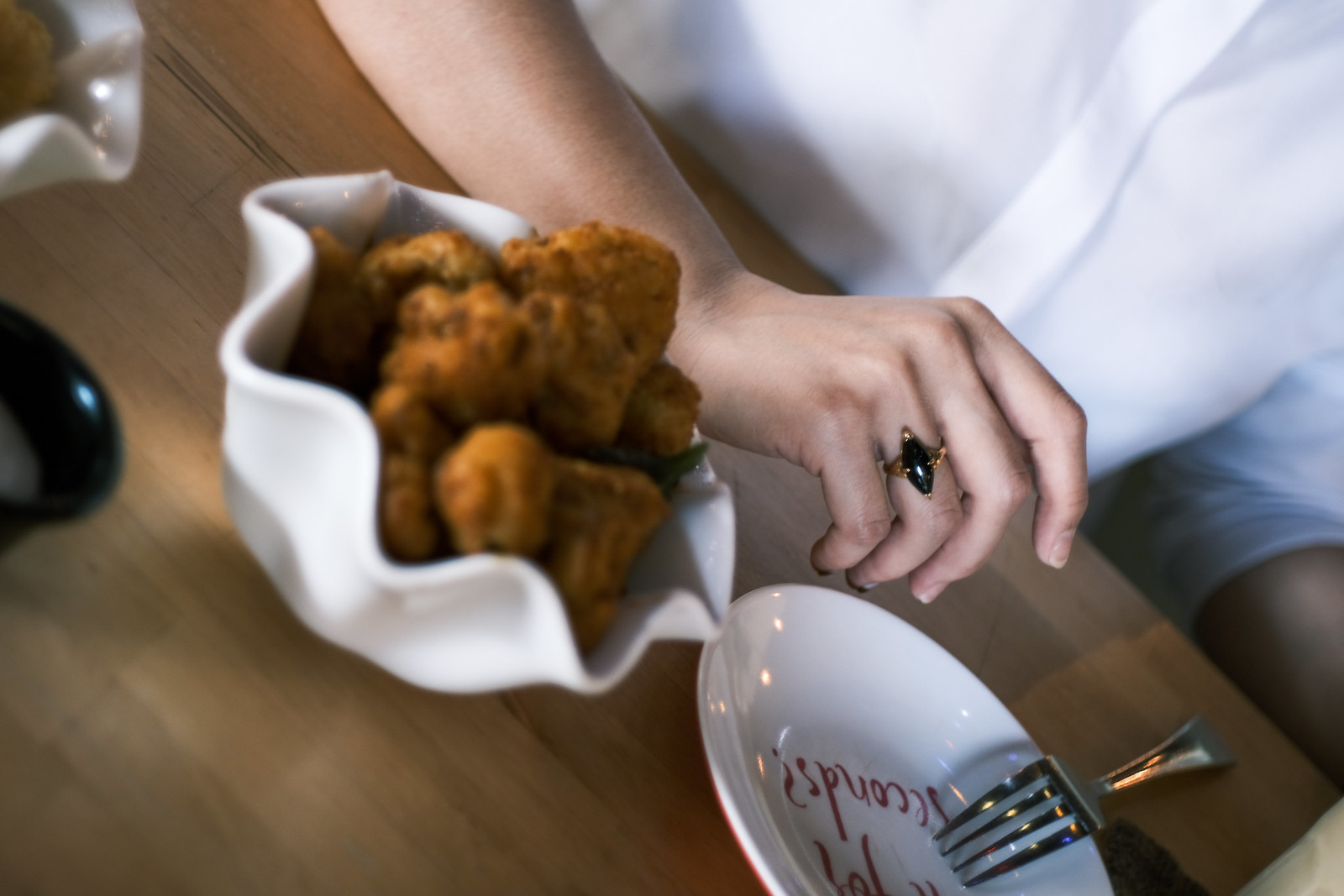 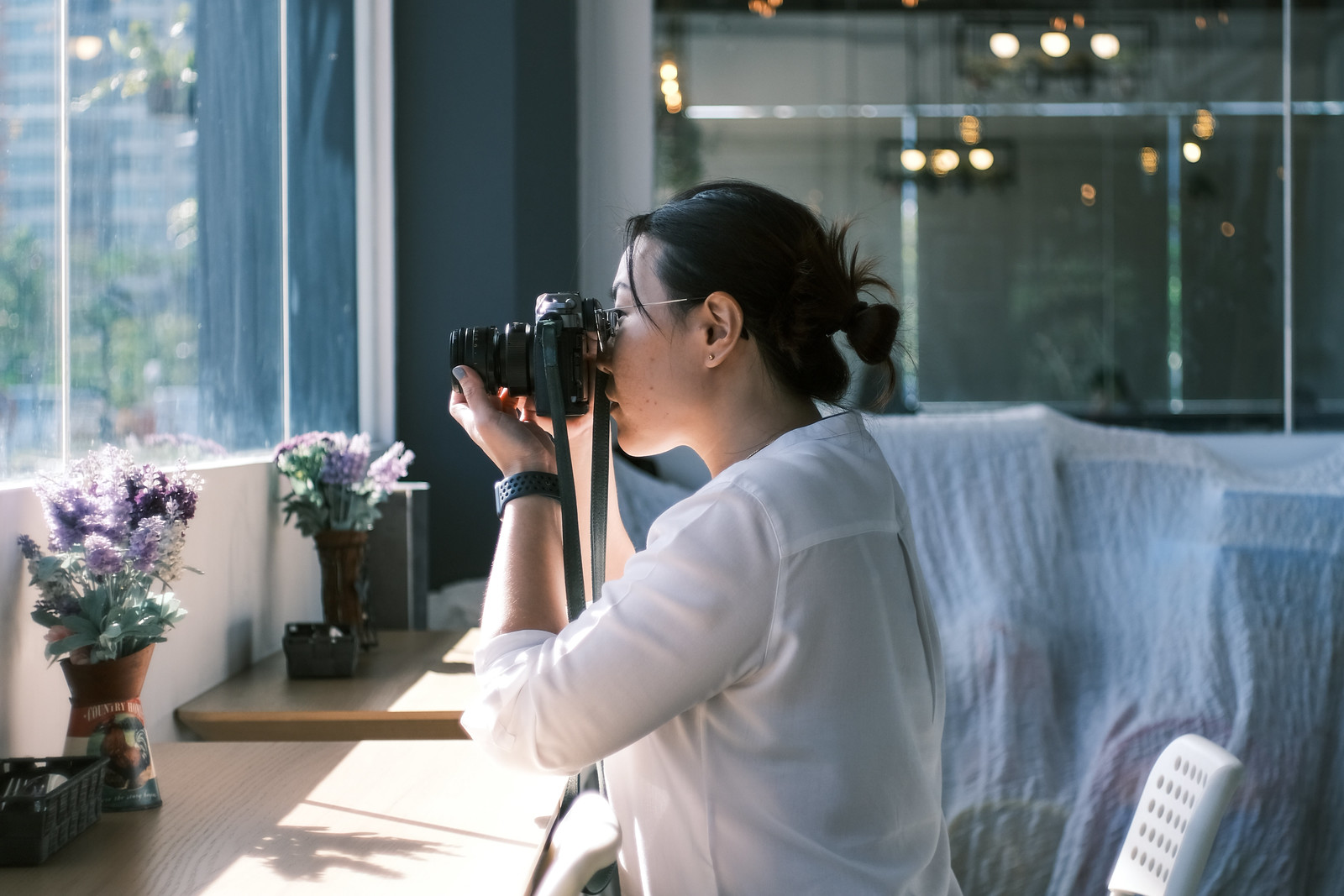 Using the setup did require some getting used to, and in all honestly, I find using the 35mm Summicron on the X-Pro3 tougher than using it on a Leica M body simply because that the rangefinder focusing mechanism on a Leica M body is much easier on the eyes vs finding focus through the X-Pro3’s EVF.

For one, the X-Pro3 is a rangefinder inspired designed camera and not a true rangefinder camera. The lack of a back LCD also meant that focusing was really better all done using it’s EVF.

In some cases, I simply reverted back to zone-focusing and taking heed of the lens minimum focusing distance of 0.7m, it took around half a day to get used to the handling needed for managing the setup. 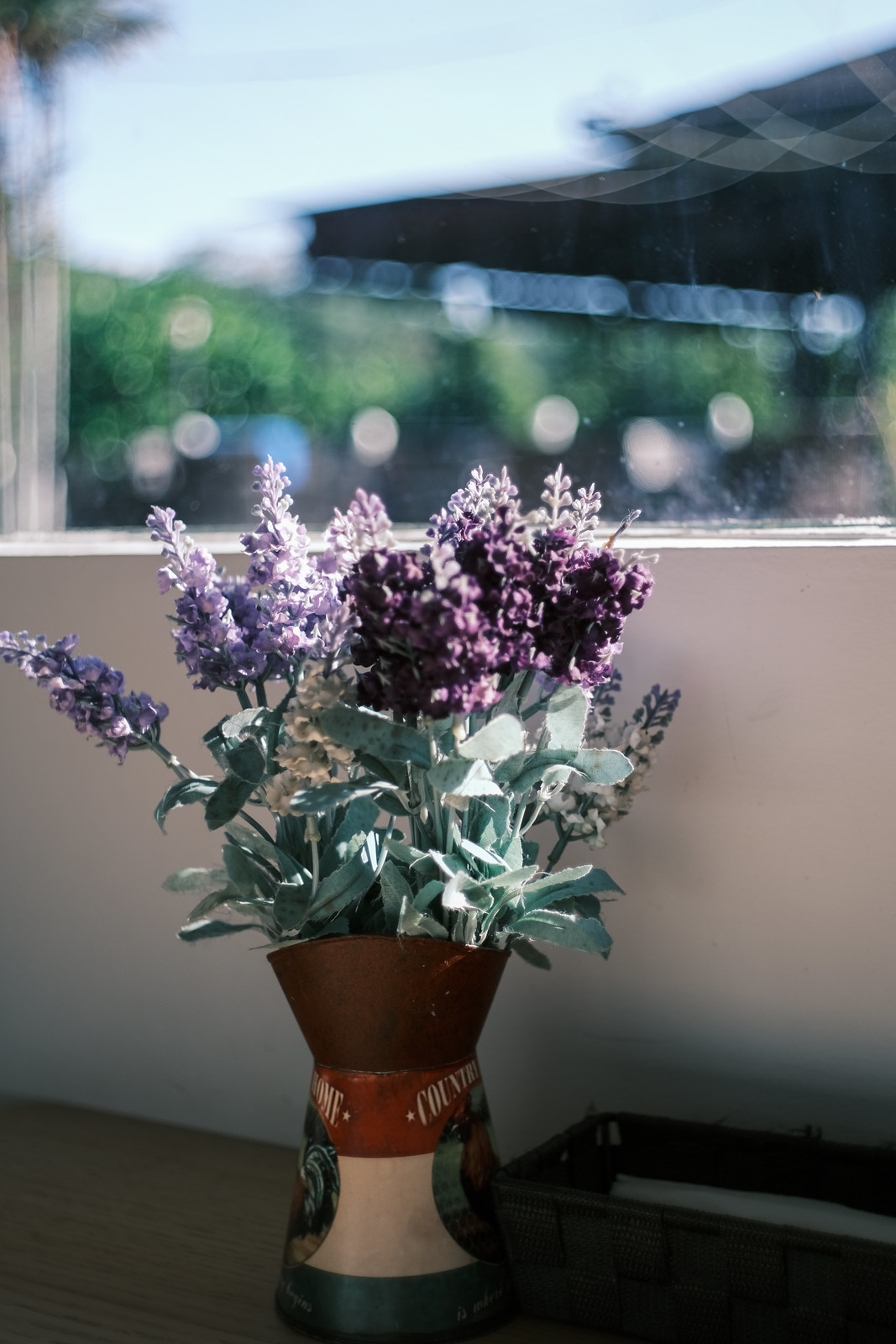 A strength, however, is obviously how the lens renders its own characteristics and coupled with Fujifilm’s beautiful film simulations, one then really obtains a set of images unique and in their own class. 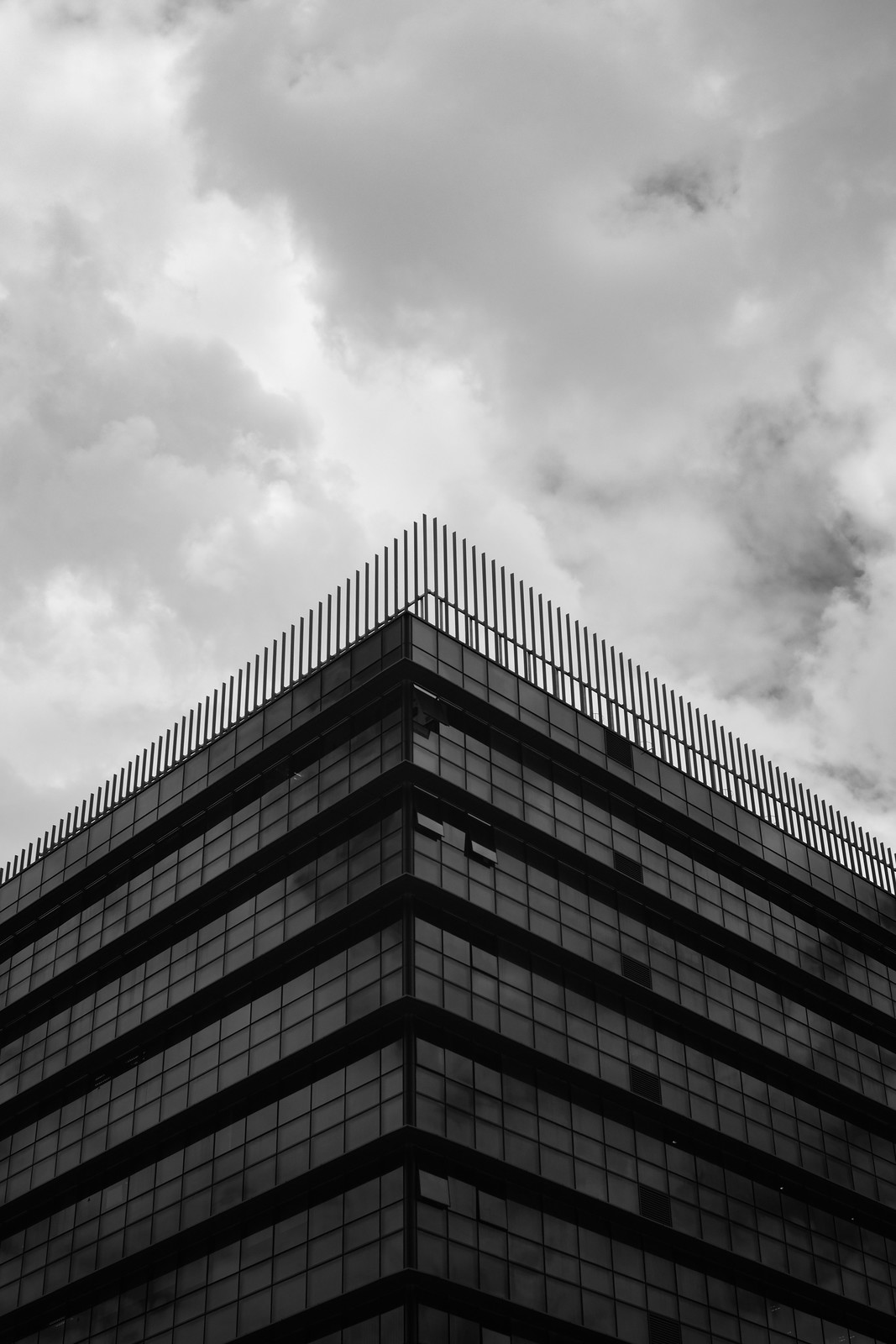 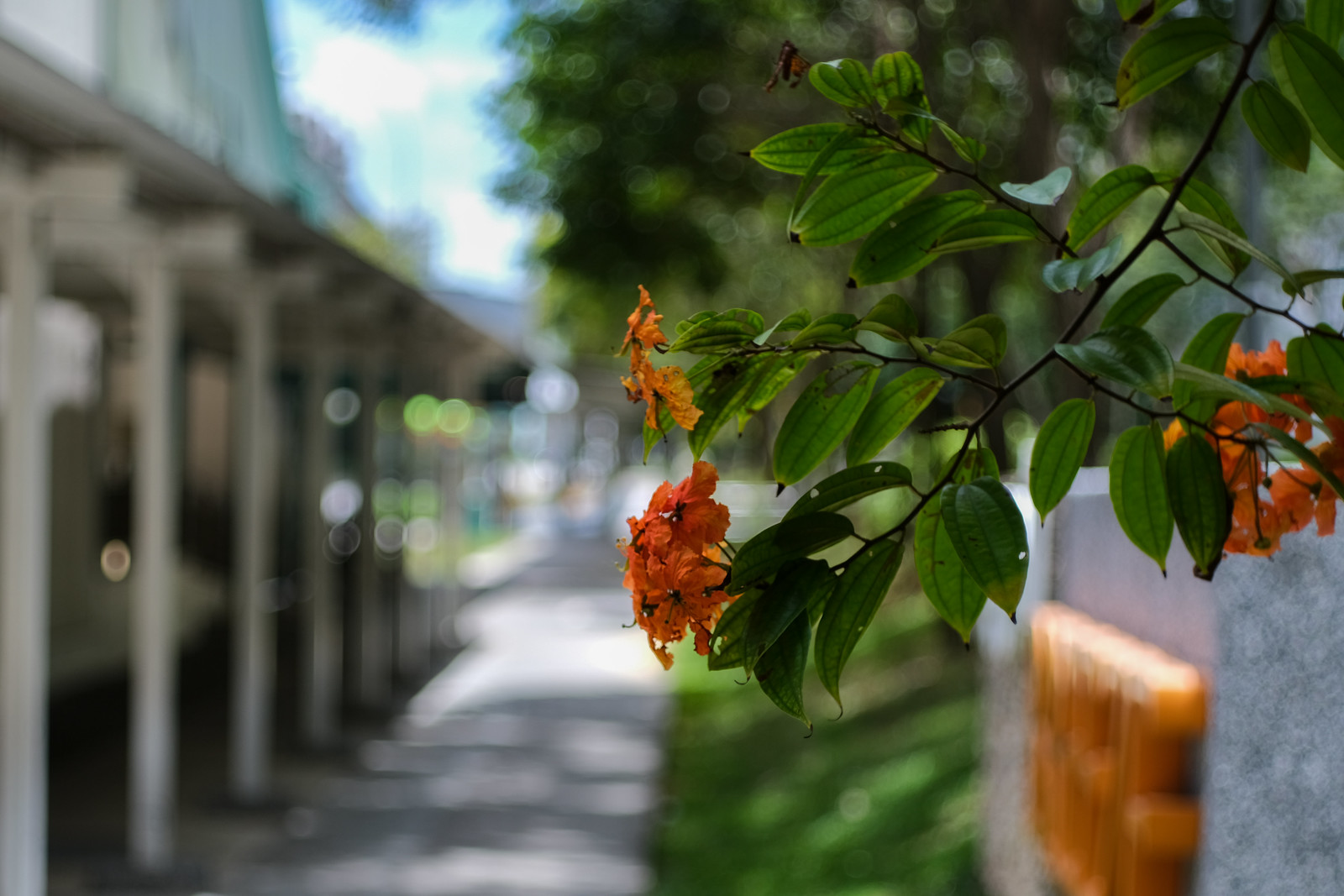 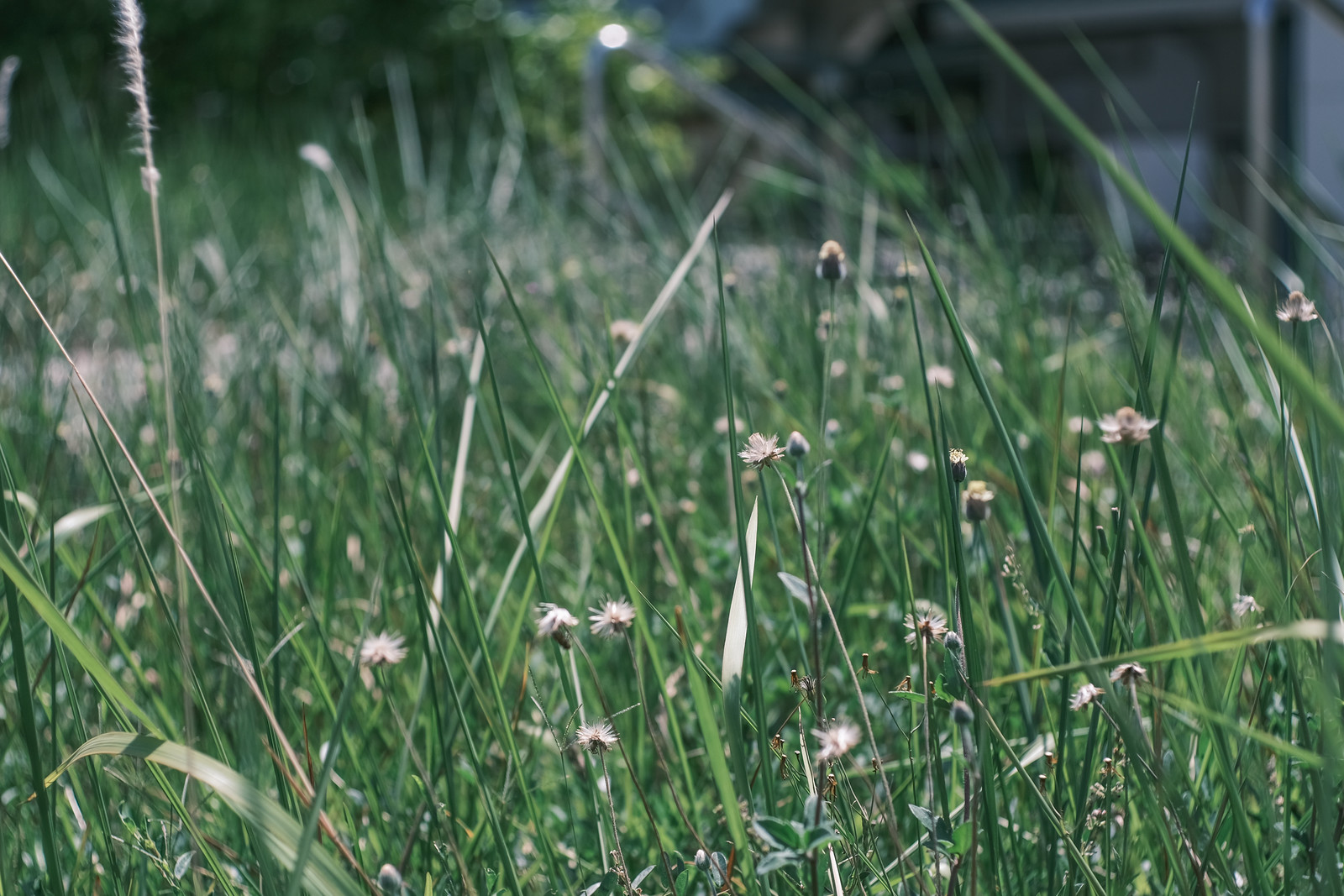 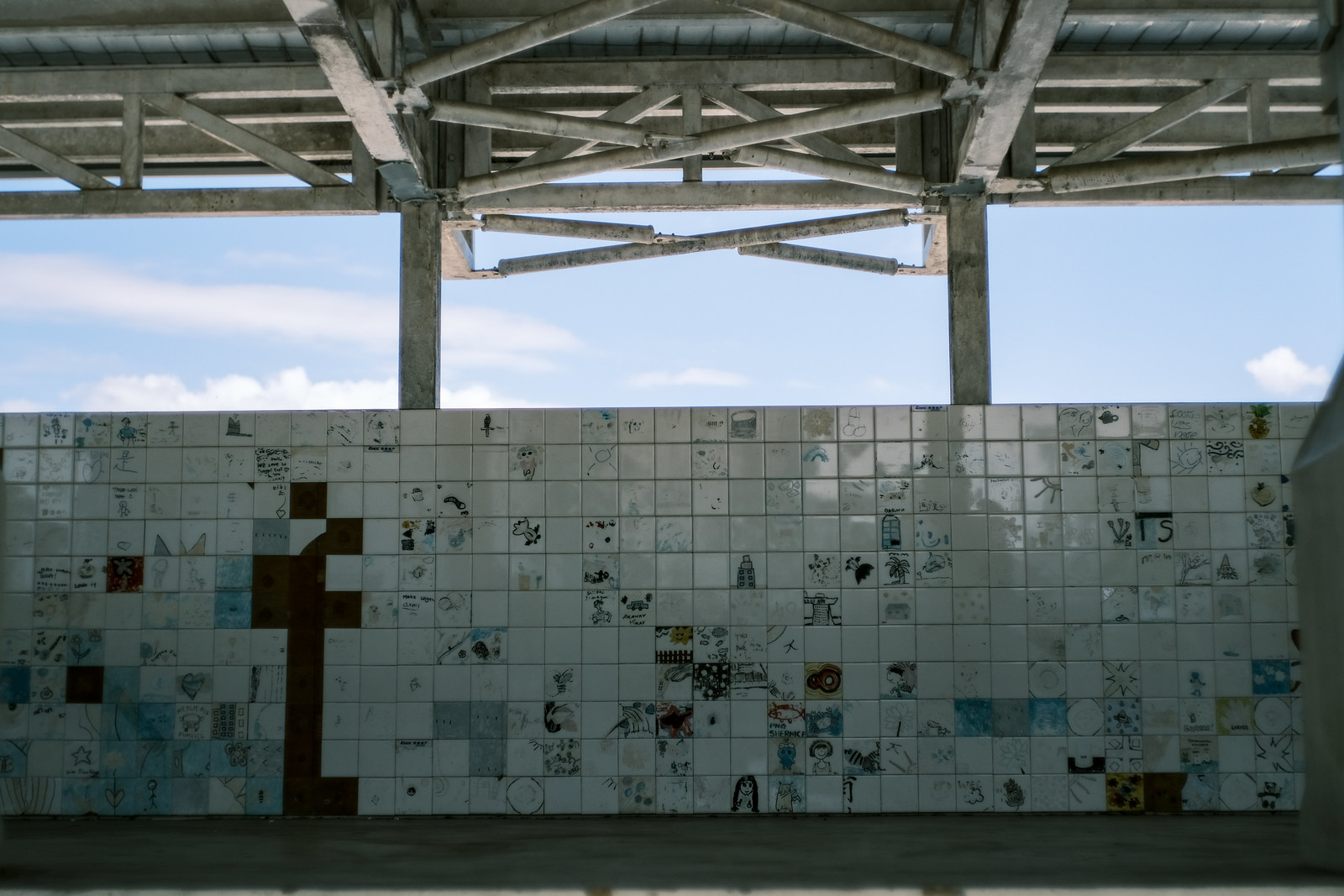 The lens renders with a lovely character, even with a cropped sensor, very sharp at f2 and with bokeh (in my opinion) more tending towards the ‘busy’ side at times. However ‘sharp’ as they are, a personal take is this setup will not as as ‘sharp’ as output from Fujifilm’s own native lenses. 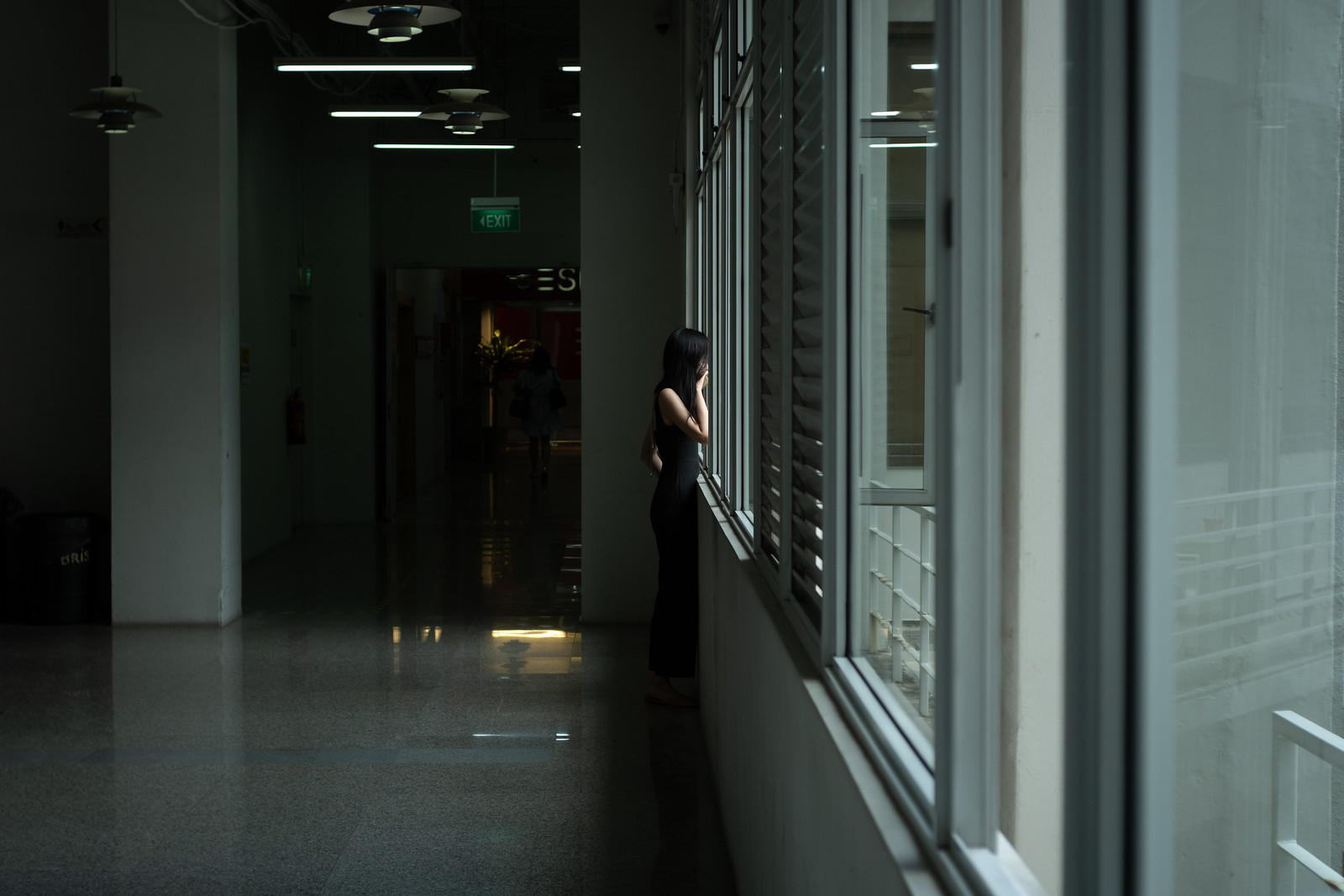 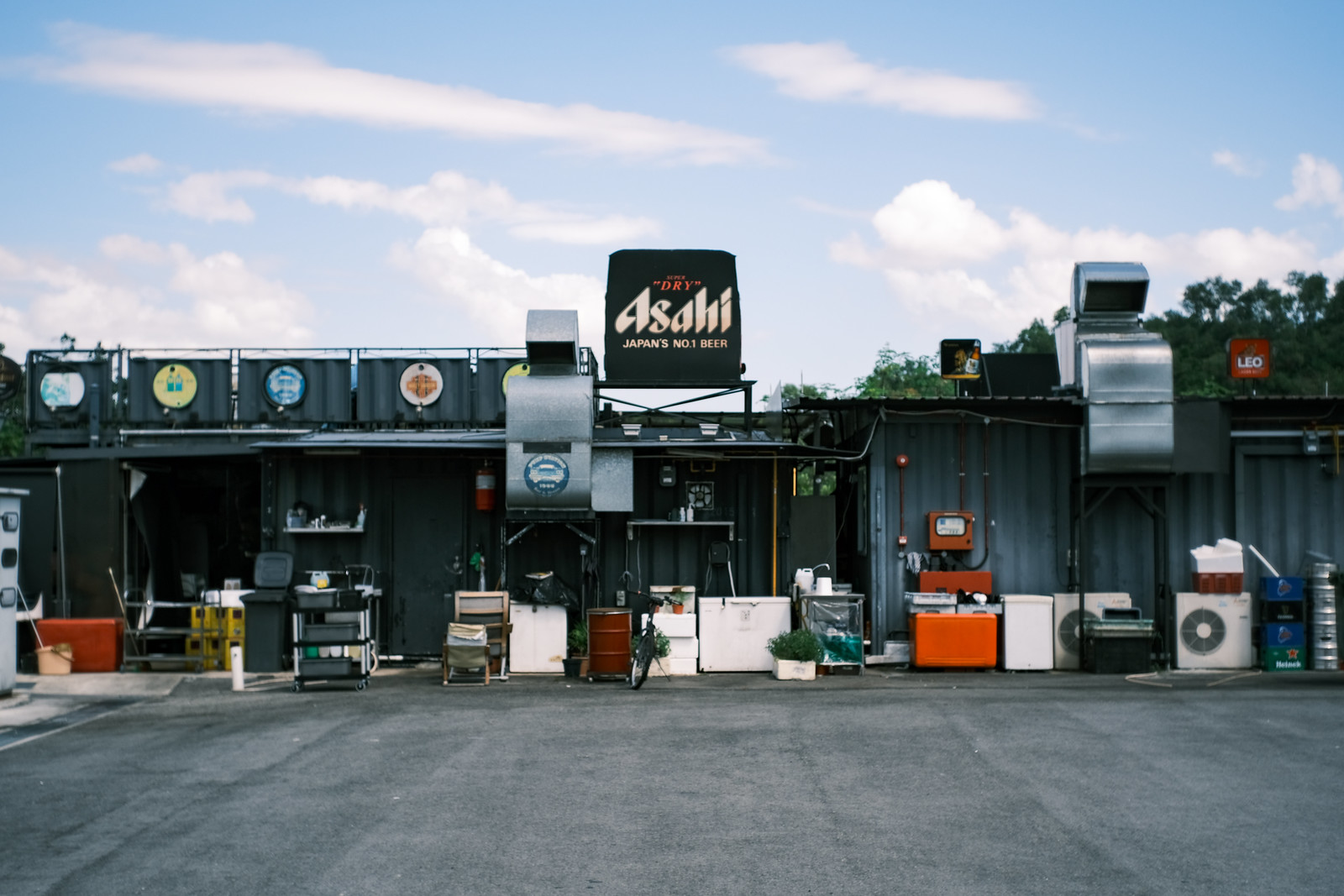 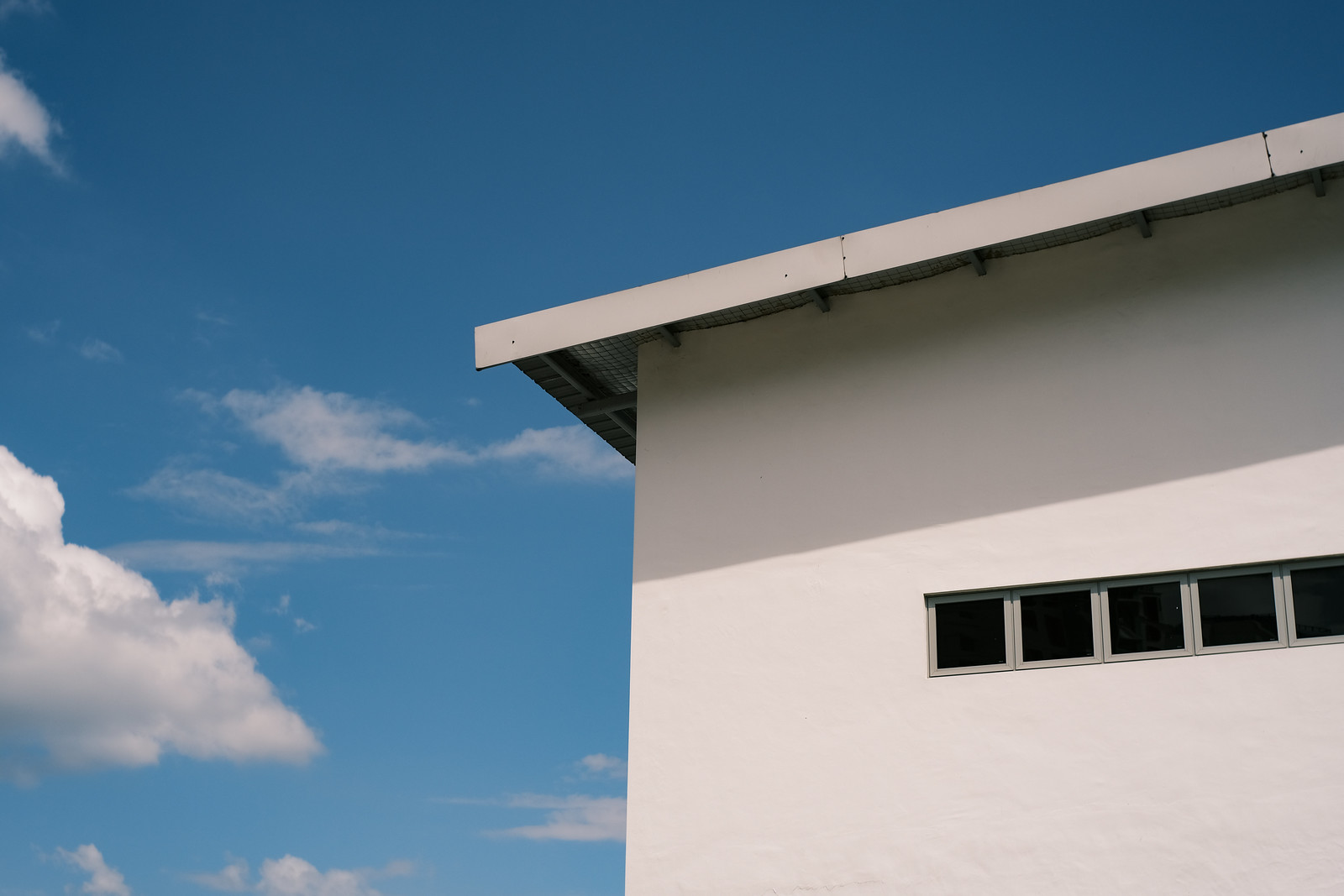 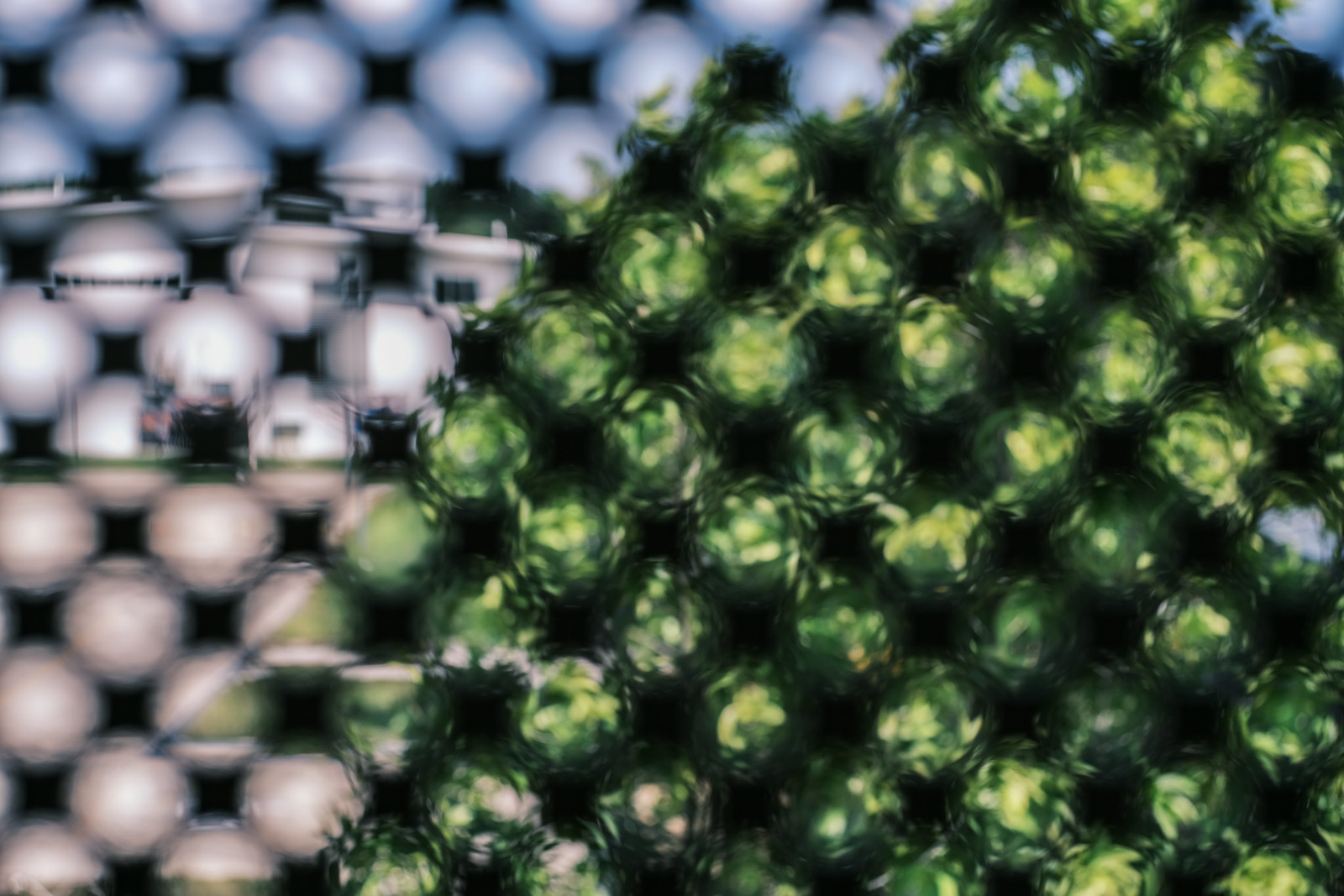 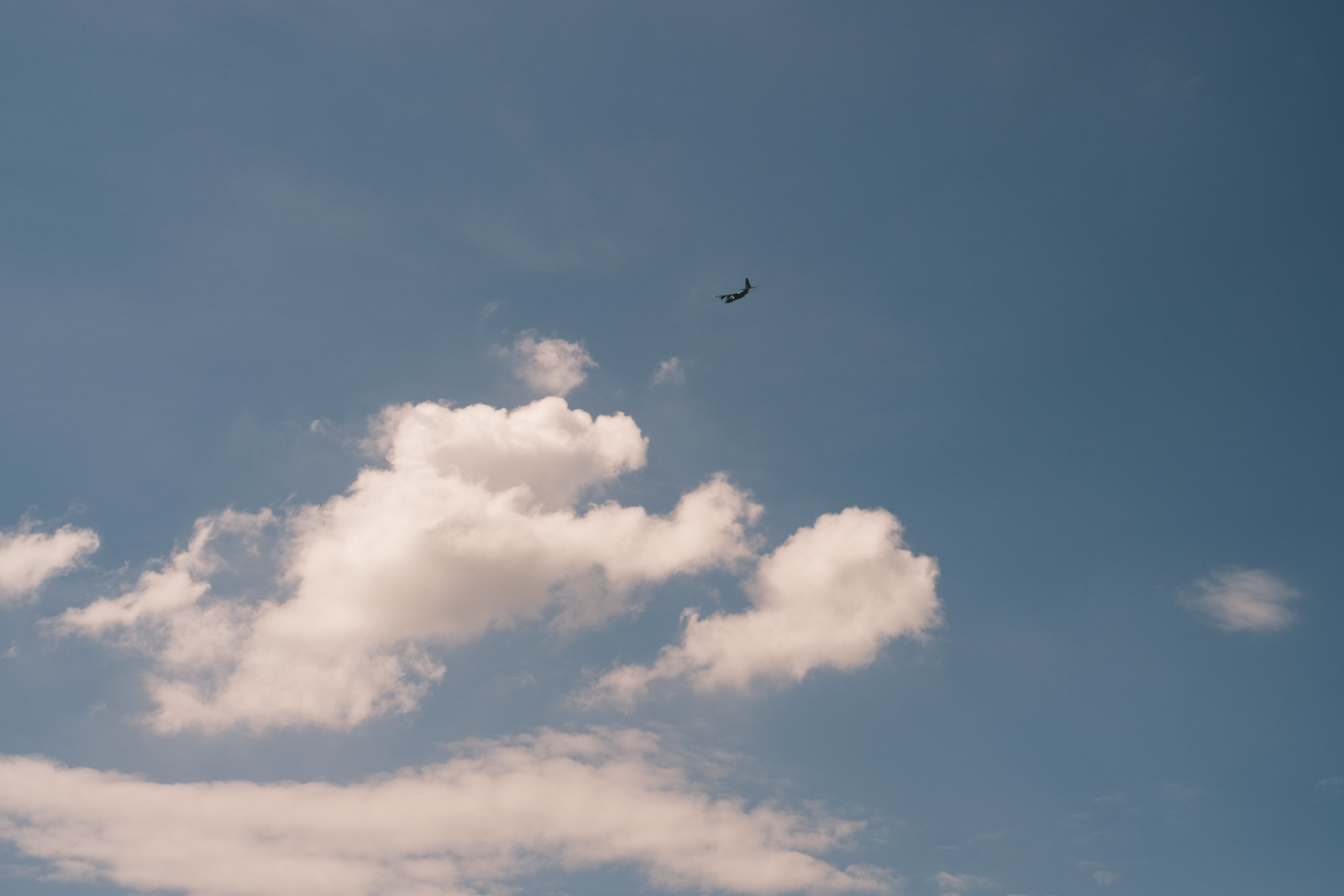 It is obviously not a setup that I will plan to bring for a horse-racing competition but yet the one set-up I will want to reach for when I have this once in a while itch to simply go out, have fun, enjoy the world and photograph what I enjoy seeing.

The little moments we know when we simply want to enjoy photography for what it is. 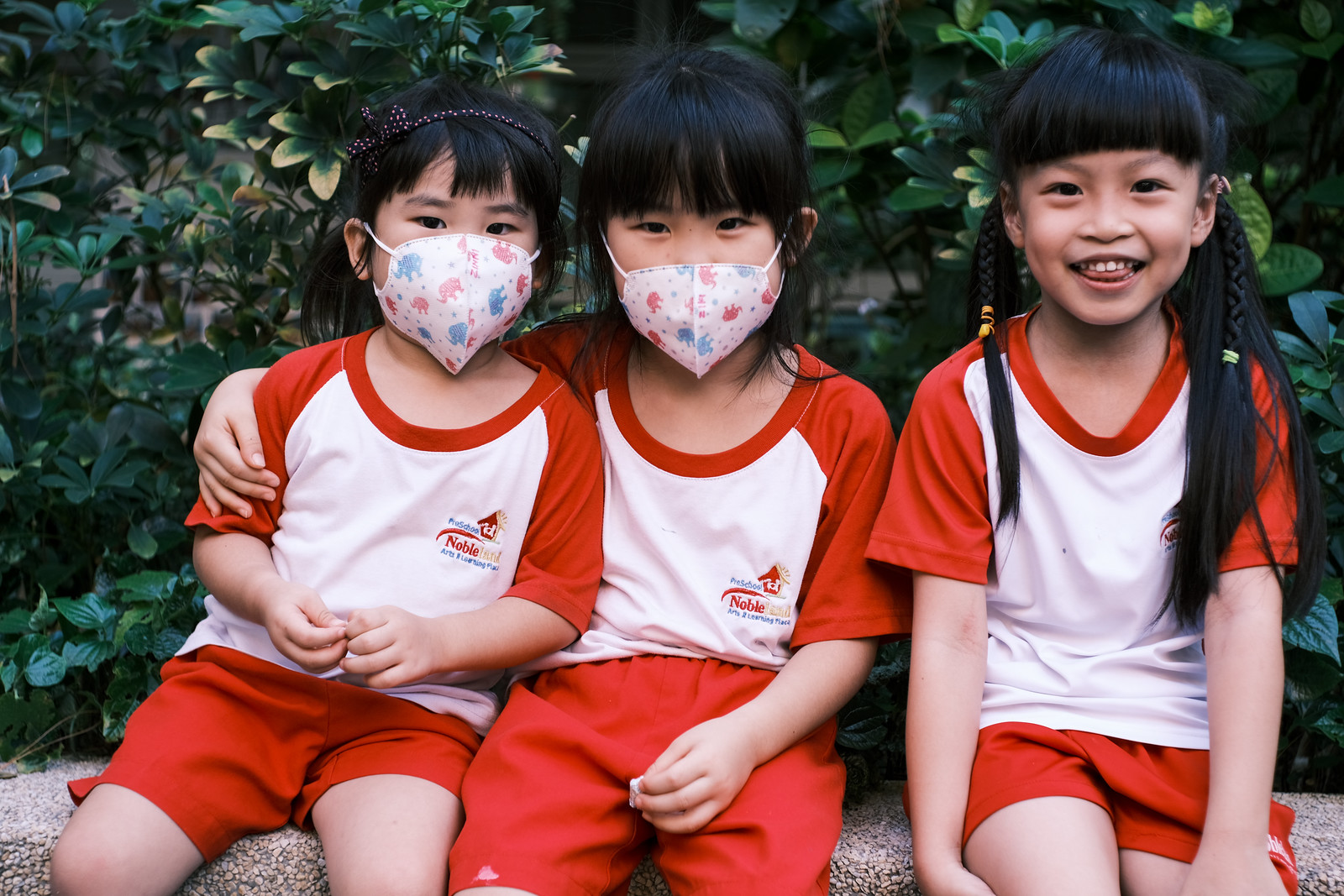 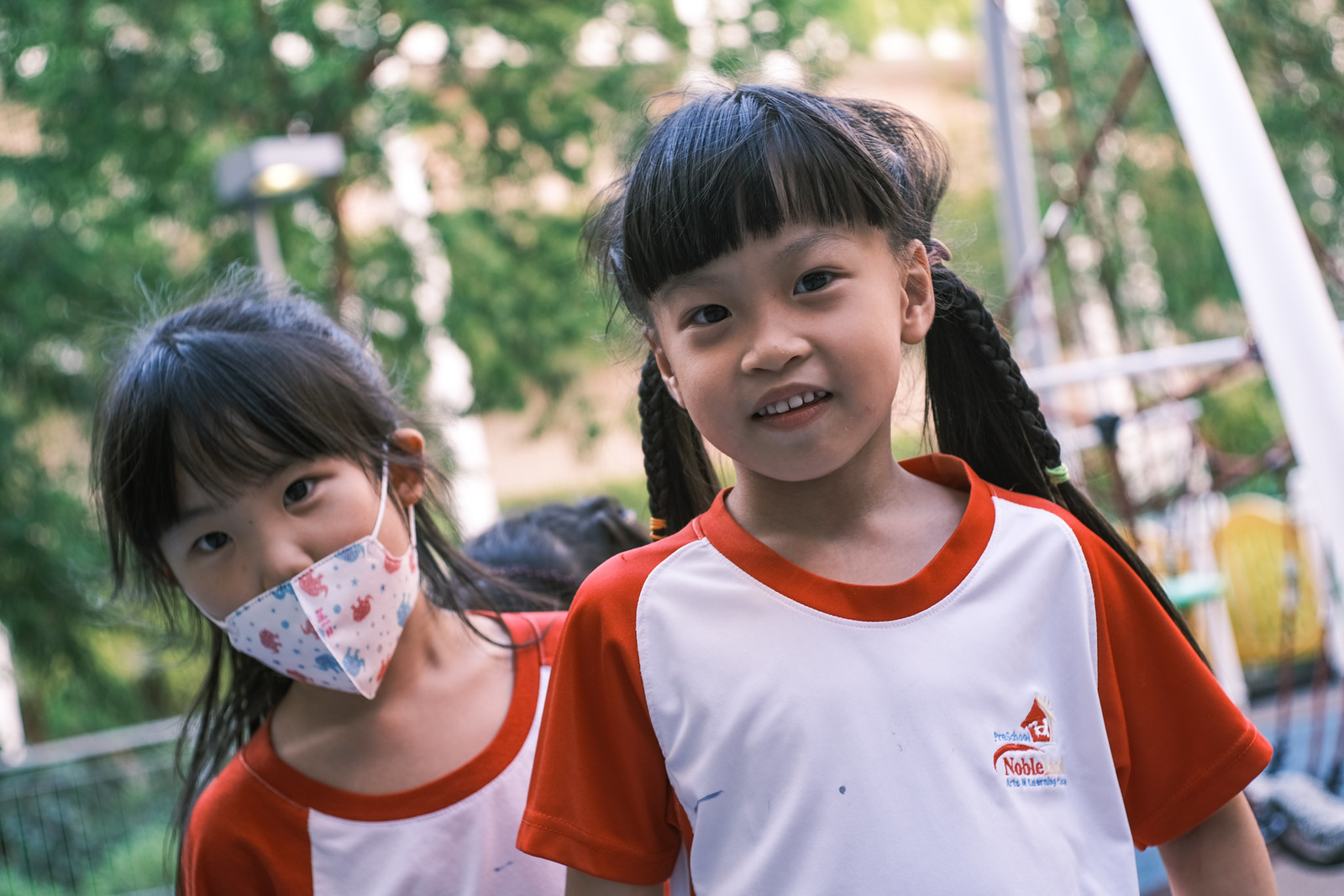 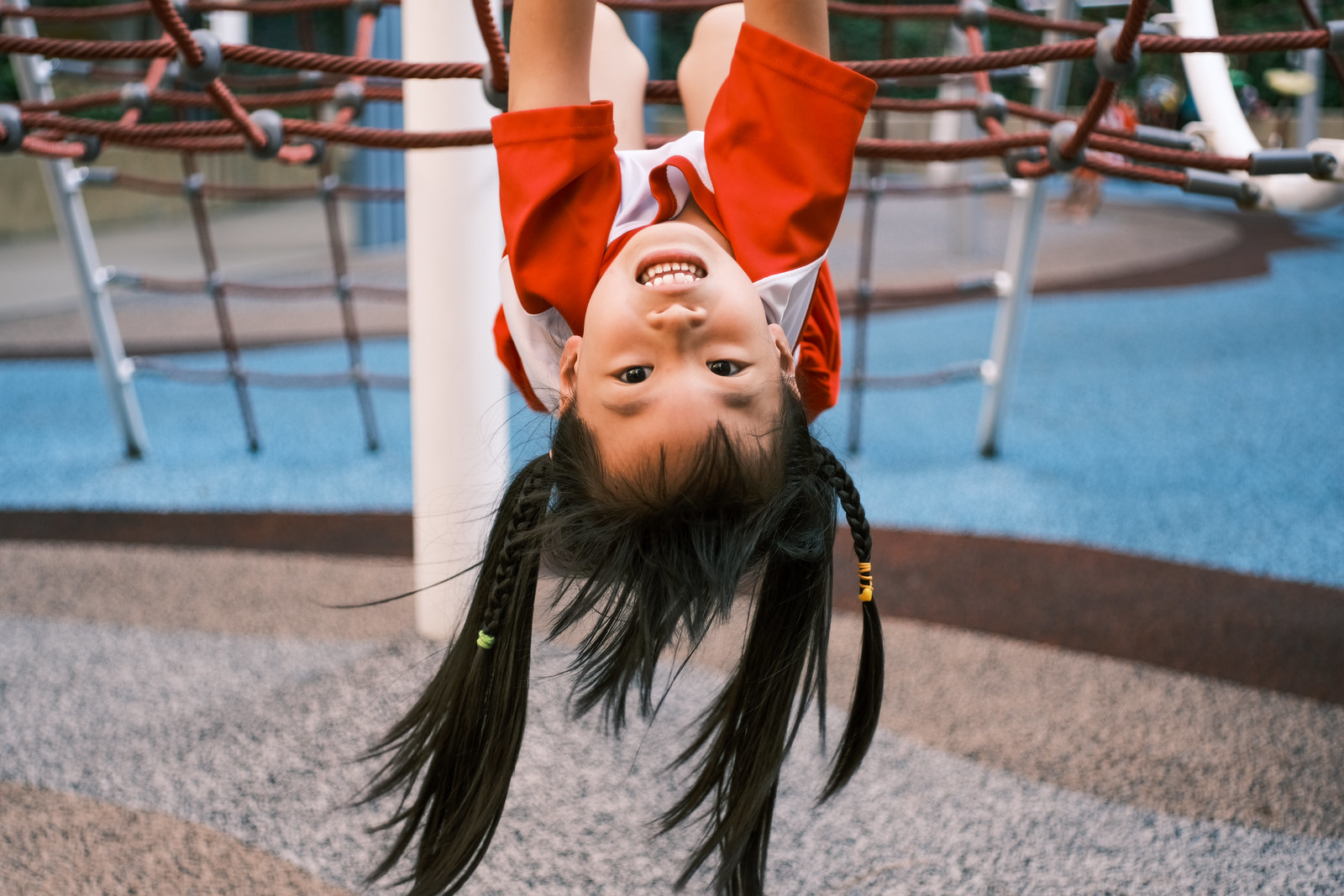 And as always to the naysayers who say this will never be fast enough for anything moving, my answer will simply be: if I can capture children in their erratic way of playing and fooling around, the problem with the ones whining is likely in how they use their cameras than the equipment itself. 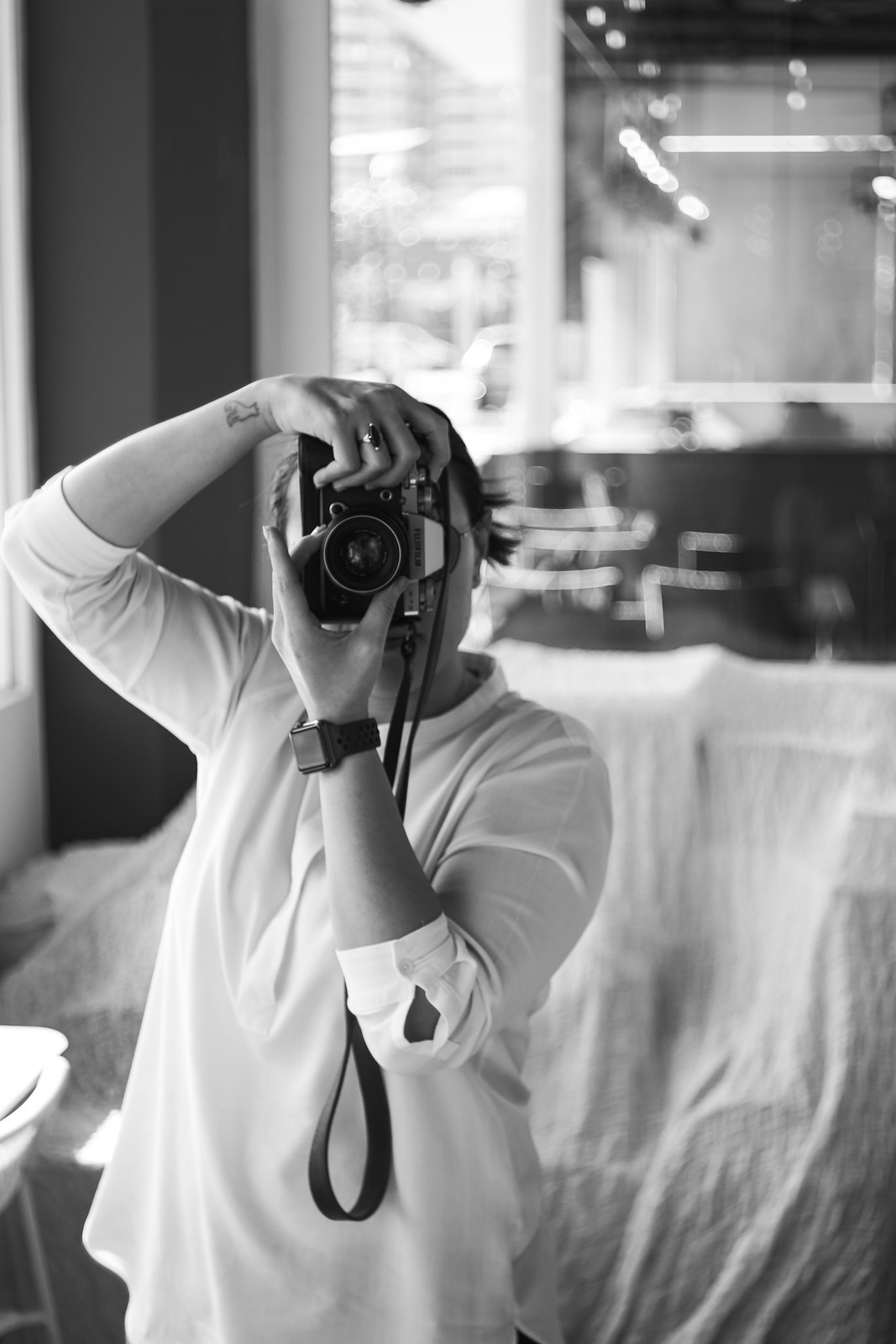 Maybe I might get an M camera one day to allow me to take full advantage of this little beauty of a lens, but for now, I am pretty happy to enjoy using it on the X-Pro3 for a while longer.

*the lady in the photos with the Fujifilm X-T3 is Nathalie, a dear friend who is a Fujifilm fangirl. Her IG is at @sodiumion