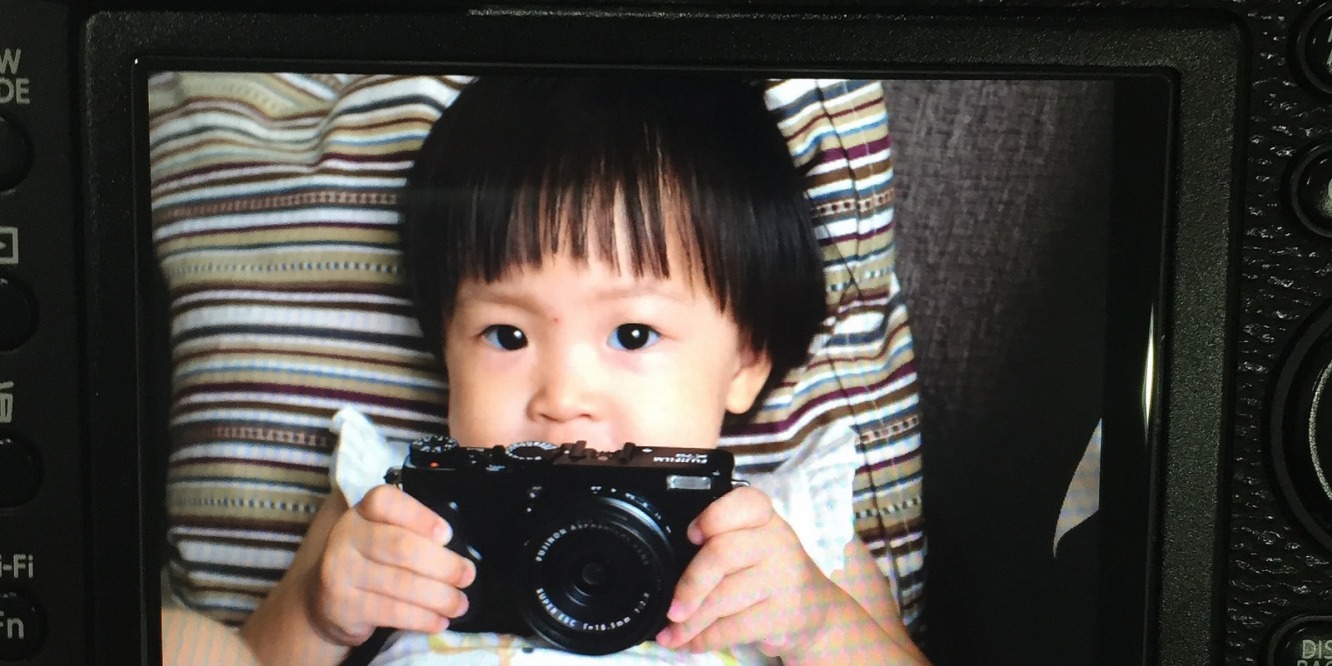 As friends say (complain), I am indeed blessed that there’s quite a few cameras circulating the household. And as all parents go, we always hope (force) to have the kids pick up on our interests (well, we aren’t here to argue about this right or wrong or this) hence a question that quite bugged me along was:

‘when is an appropriate age to pass a camera to the kid?’ 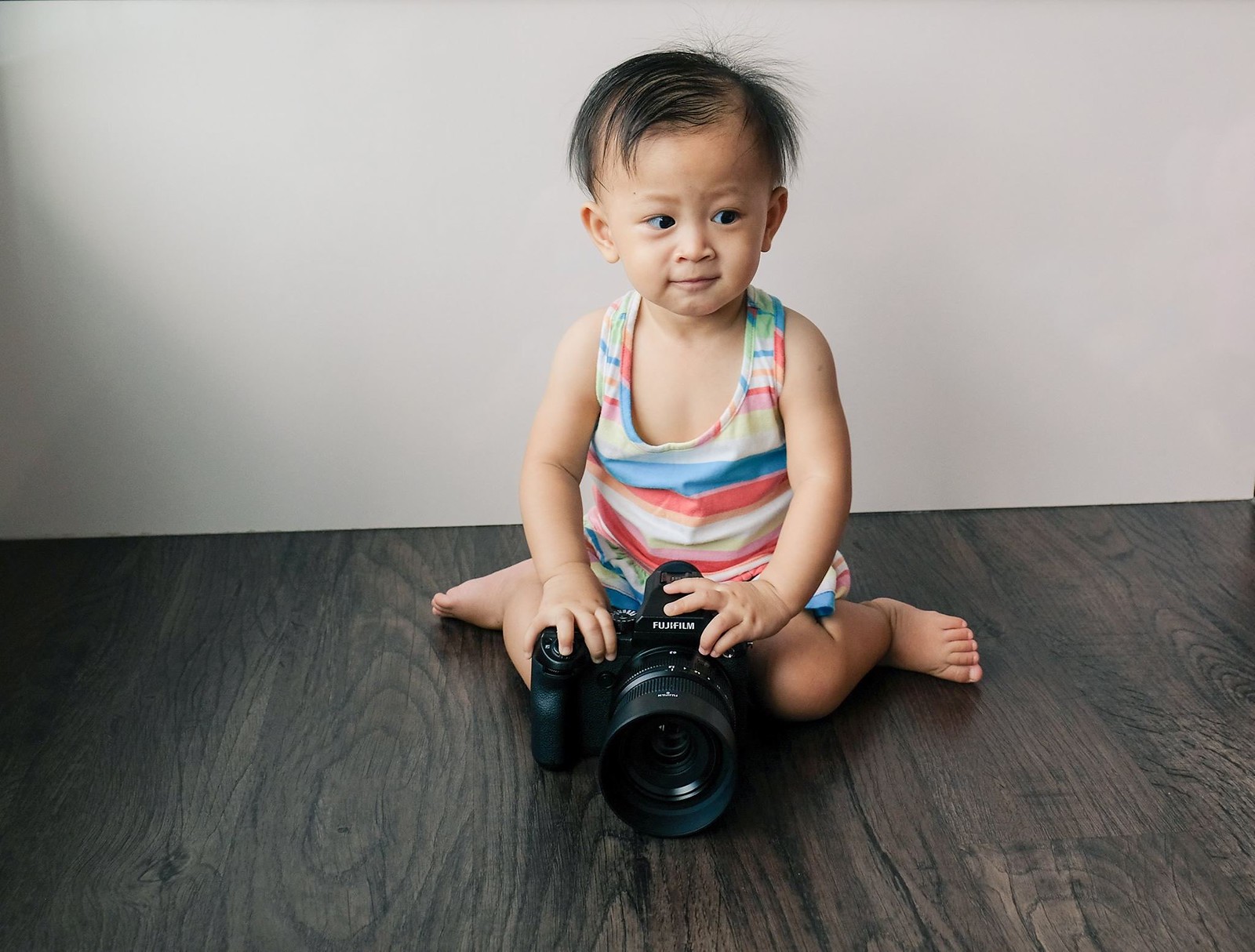 For me, I belong to that extreme end of parents – my 1 year old and 3 year old get free access to the camera that’s placed at the home’s ‘camera spot’.

Whenever they want a camera, there’s nothing stopping them.

But they get supervision when they go for the camera and obviously if there’s any breakages – my heart is ready. How extreme have I been? 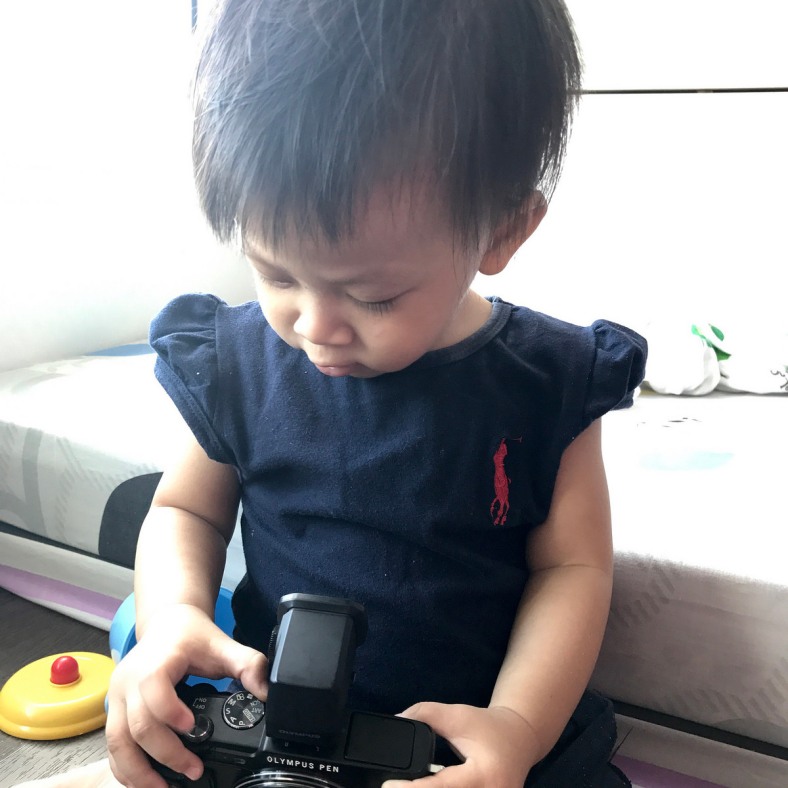 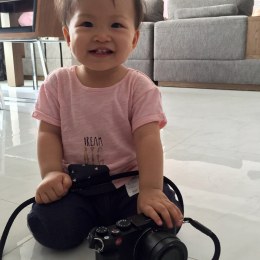 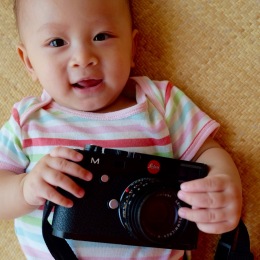 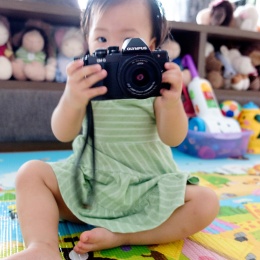 I subscribe to the belief the earlier they start the better, and both Kei and Lynn pressed her first shutter button pre-1st year.

To me, how fast a kid learns is generally not held back by themselves but by the pre-conceptions adults have of how kids learn.

If you have a kid, you probably are in the know about their massive powers of destruction and one very common sense approach will be to start with one of those shock-proof , water-proof cameras for the kids to minimise your 💔. I mean , most people don’t just pass a Leica M240 to a 6 month old toddler (and that’s Lynn holding the M240 at 6 months old up there) 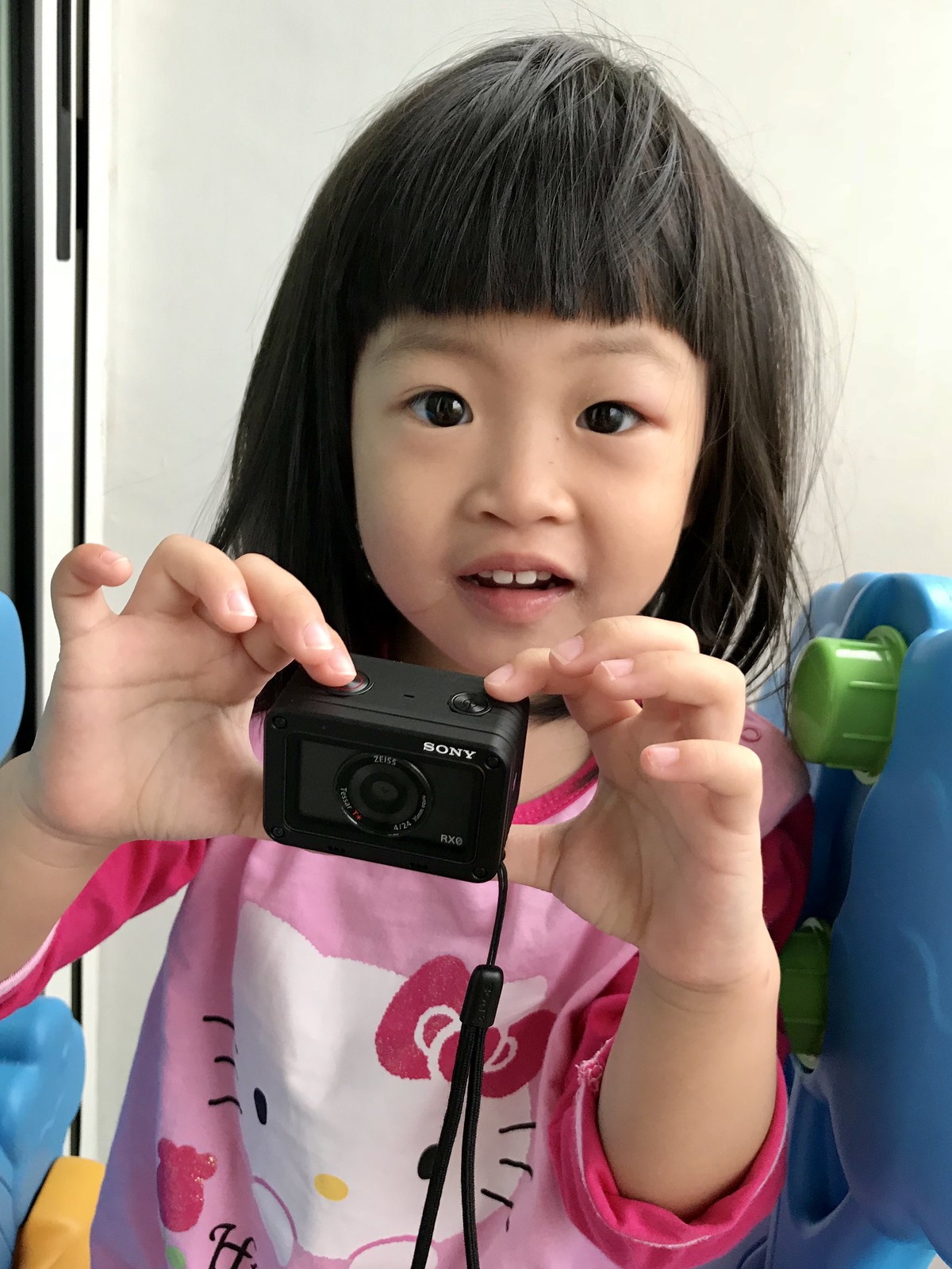 Kei, 3 years old with the Sony RX0 – my to go life-proof camera. This camera was dropped into a bowl of soup within its first hour of entry into my household. Hey, at least I know Sony really wasn’t lying about the 10m waterproofing.

Another point to consider is when is the point where they are cognitive ready to understand the process of photography? aka:

The sequence of actions to preview the image, compose, and then depress the shutter while holding the camera securely. To understand what’s on the LCD goes into the image takes much more brain cells than what I expected.

and this is just getting the shot out using a friend’s favorite mode: the Professional (P mode la) mode. Kei knows nothing about setting aperture, exposure or even shutter speed obviously but she was able to compose , and take her own shots – even with film at 2 years old and I’m going to start teaching her about adjusting exposure before aperture next. 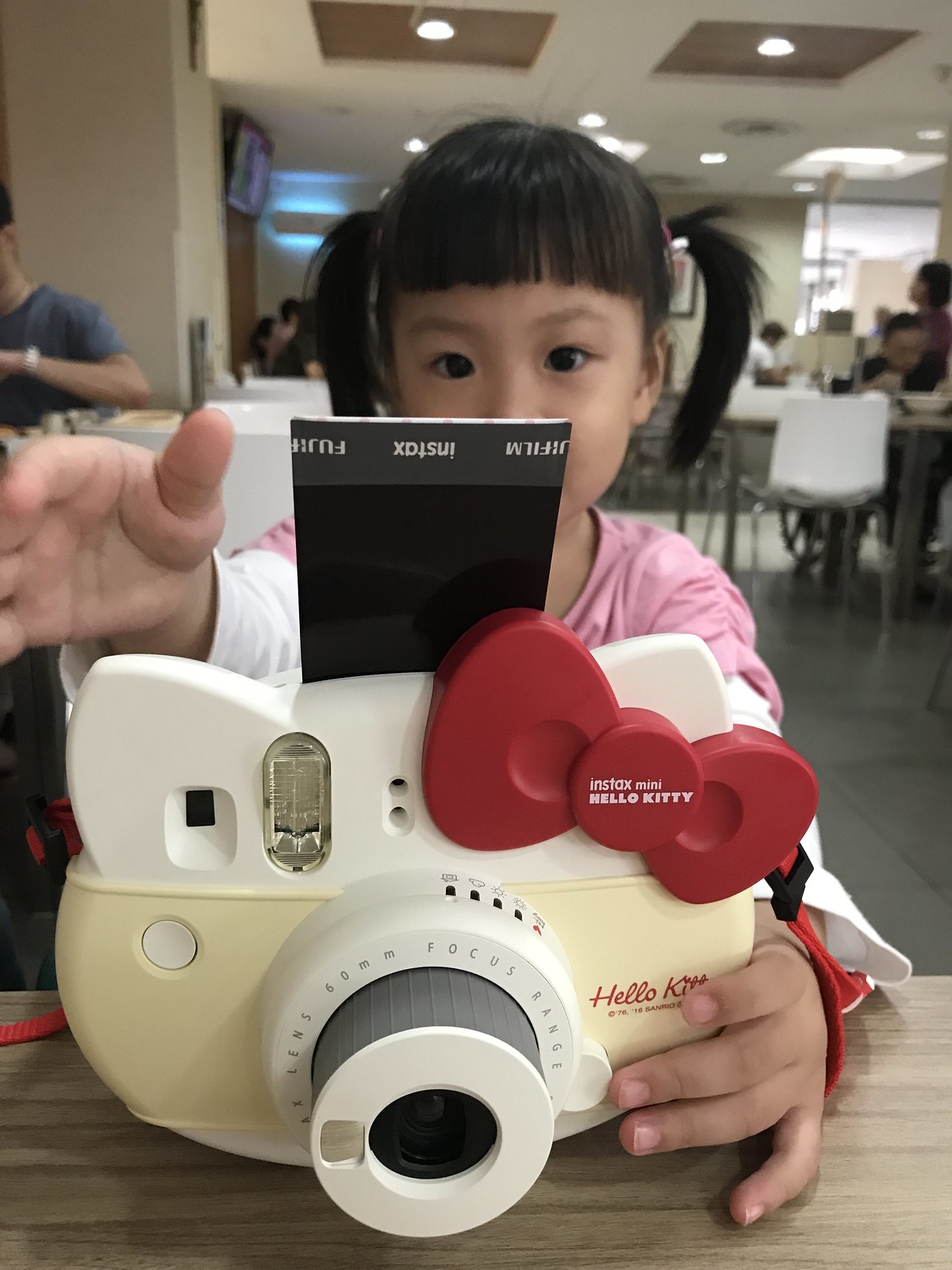 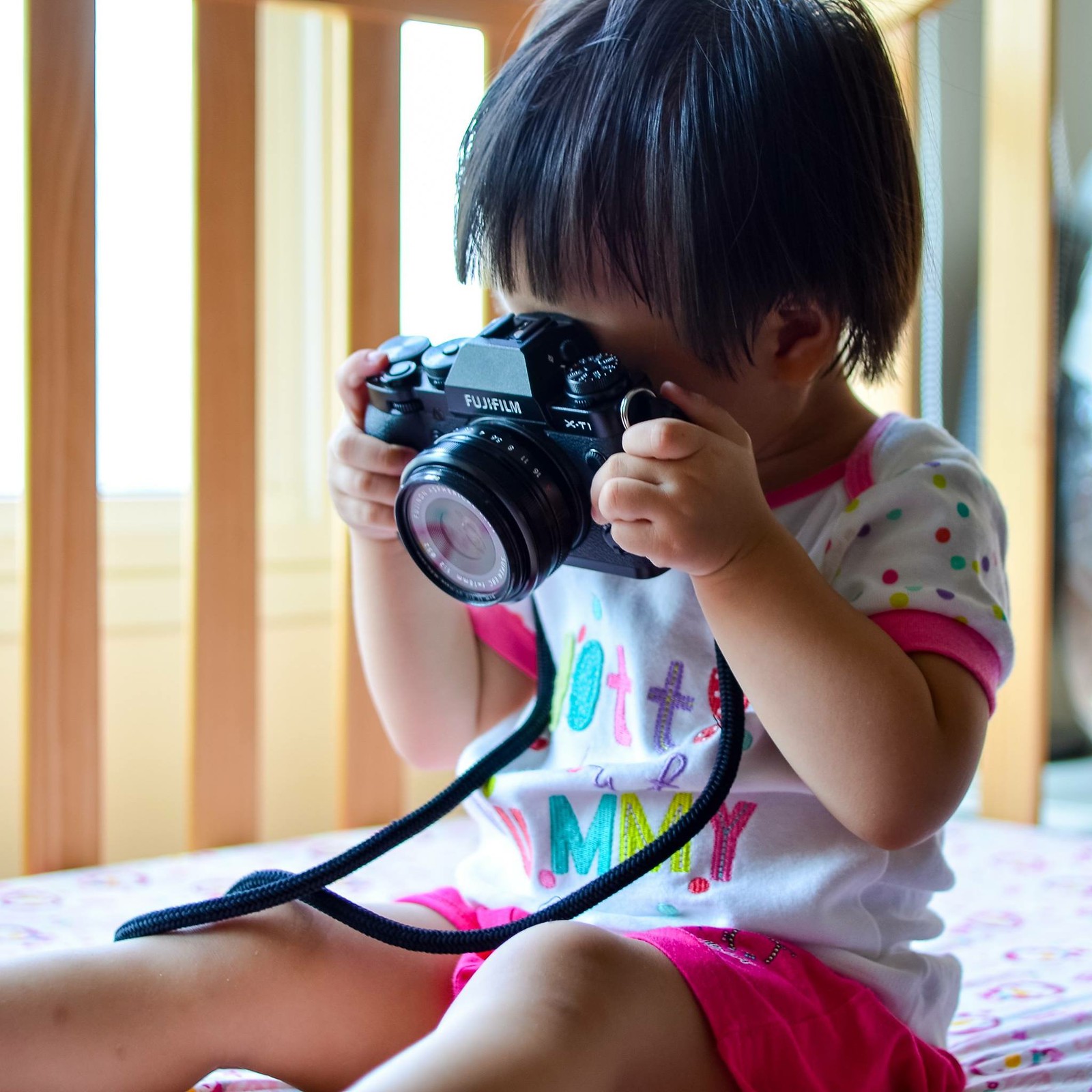 Pictured in her toddler bed still with barriers to prevent her falling out.<<<<<<<<<<<<<<
sson I learnt was, to let them kids have fun experimenting and exploring. Stop being so ‘Asian’ and don’t be quick to tell them what’s right and what’s wrong.

If the process of learning is fun and engaging, then the play will be meaningful in aiding learning.

Start somewhere, have faith and (a strong heart) – and the kid will get there. 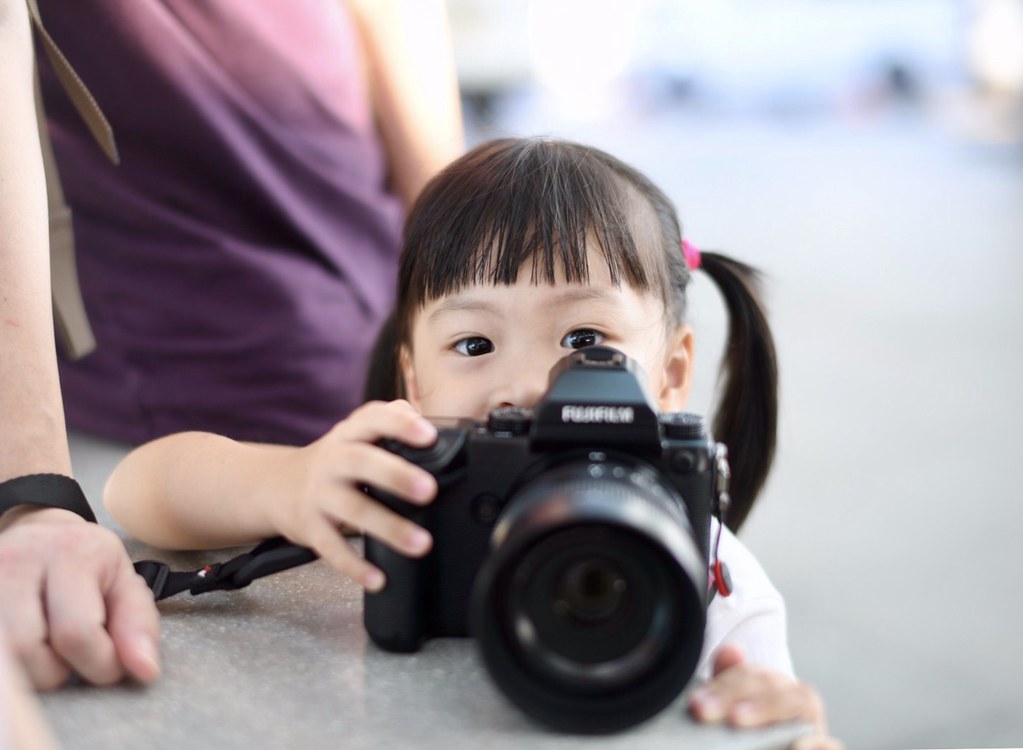 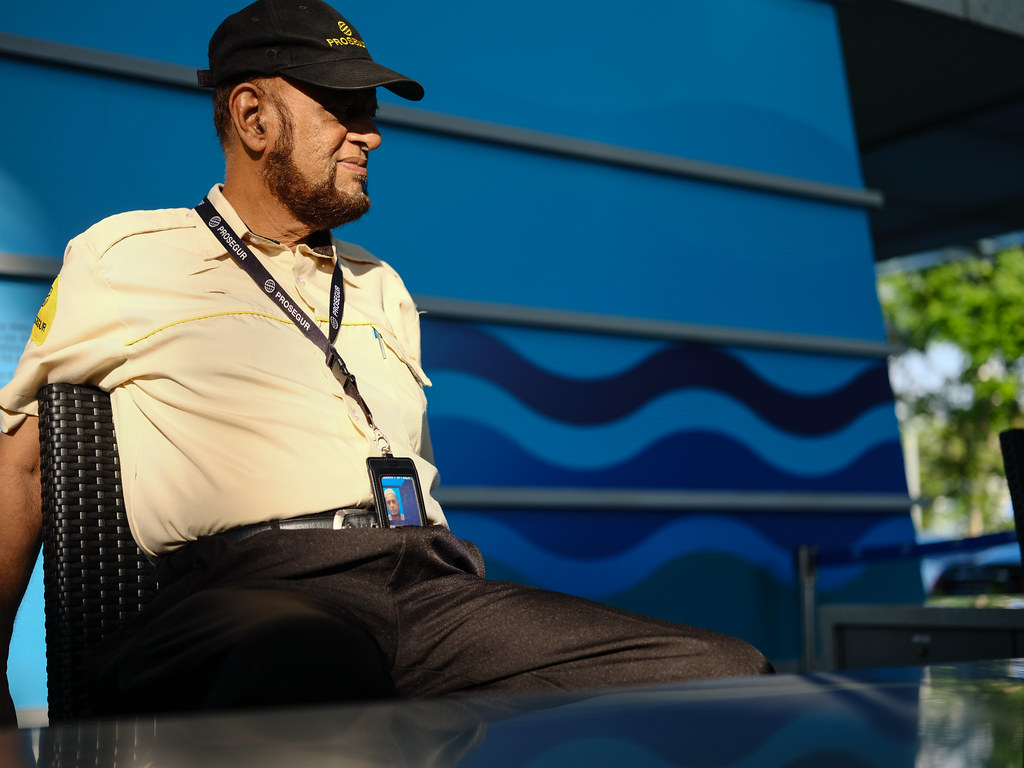 and this is a medium format camera, not a lego camera. 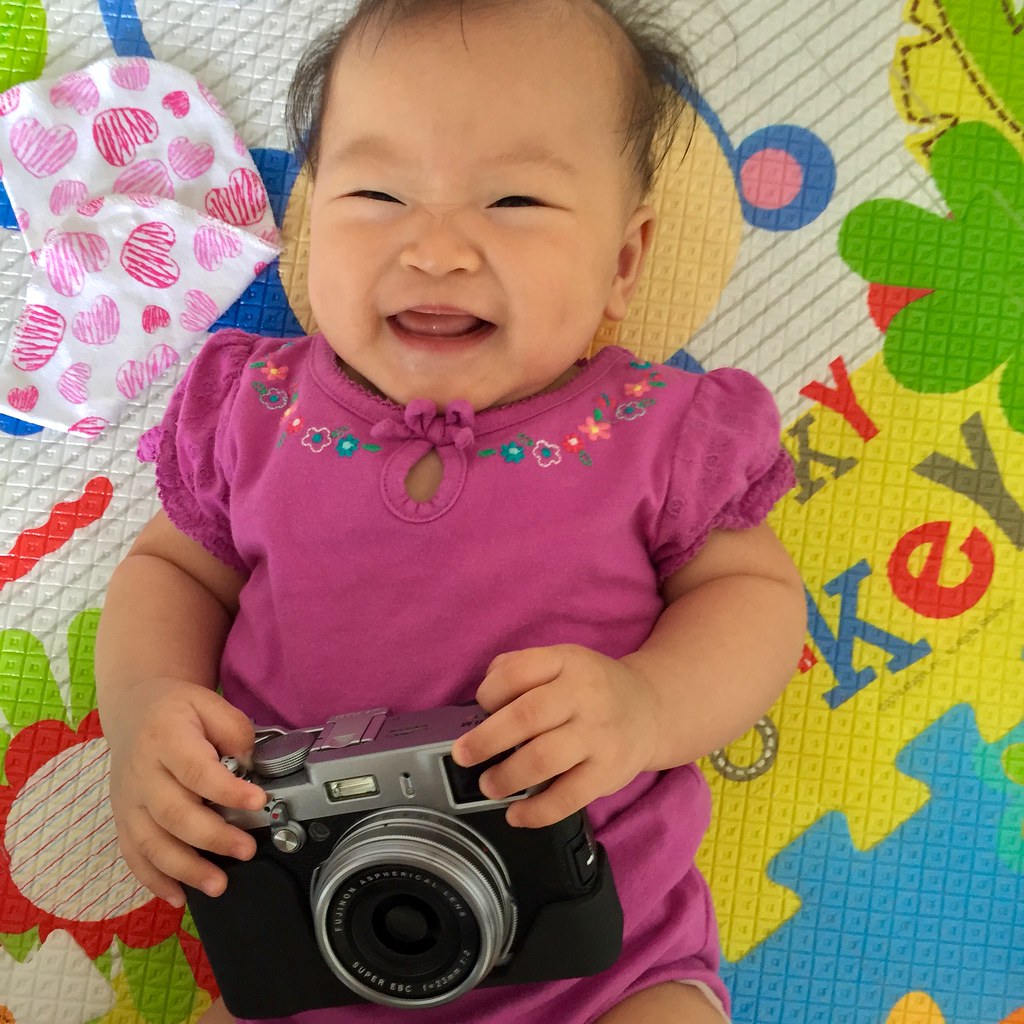 thank you for reading 😬.

2 Replies to “Exposure: Is there a ‘best age’ to start photography?”