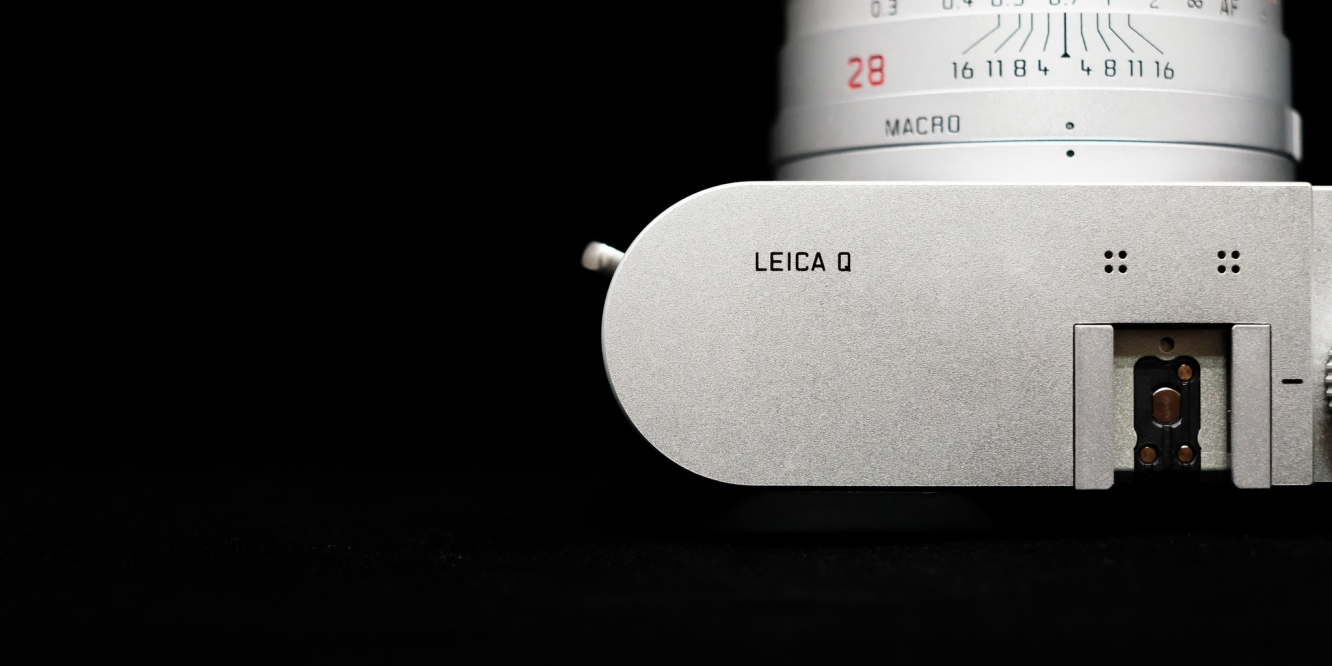 *Updated with my thoughts on the recently announced Leica Q-P.
Scroll to the end for this under Notes.

I have always seen myself as a photographer far from professional even though I’ve had the opportunities to review some of the most professional equipment from the likes of Fujifilm, Leica and Sony  My technical knowledge is at level ‘enthusiast’  at best , nor am I talented in ‘vision‘ but like most of us, for what we lack, we compensate with our passion in wanting to improve in capturing the moments in life significant to us.

The Q in Silver with red accents.
Very intuitive way of managing the handling, this is the only brand other than Fujifilm where I simply have nothing but praise for the way their cameras handle.

When Leica released the Q back in 2015, it was met with immense interest which quickly settled into 2 camps (purists hated it and critics cried that there were issues with banding, too much in camera correction and it not being a true F1.7 Summilux as it defaults to a smaller aperture at closer focusing distances) but there were also friends of mine who sold everything in their cabinets for it, true story.

But then, Leica has never been a company that tried to make cameras in the way people would like, rather unapologetically I always felt they make cameras the way they feel it should be.

Look at their recent Leica M10-D for example. 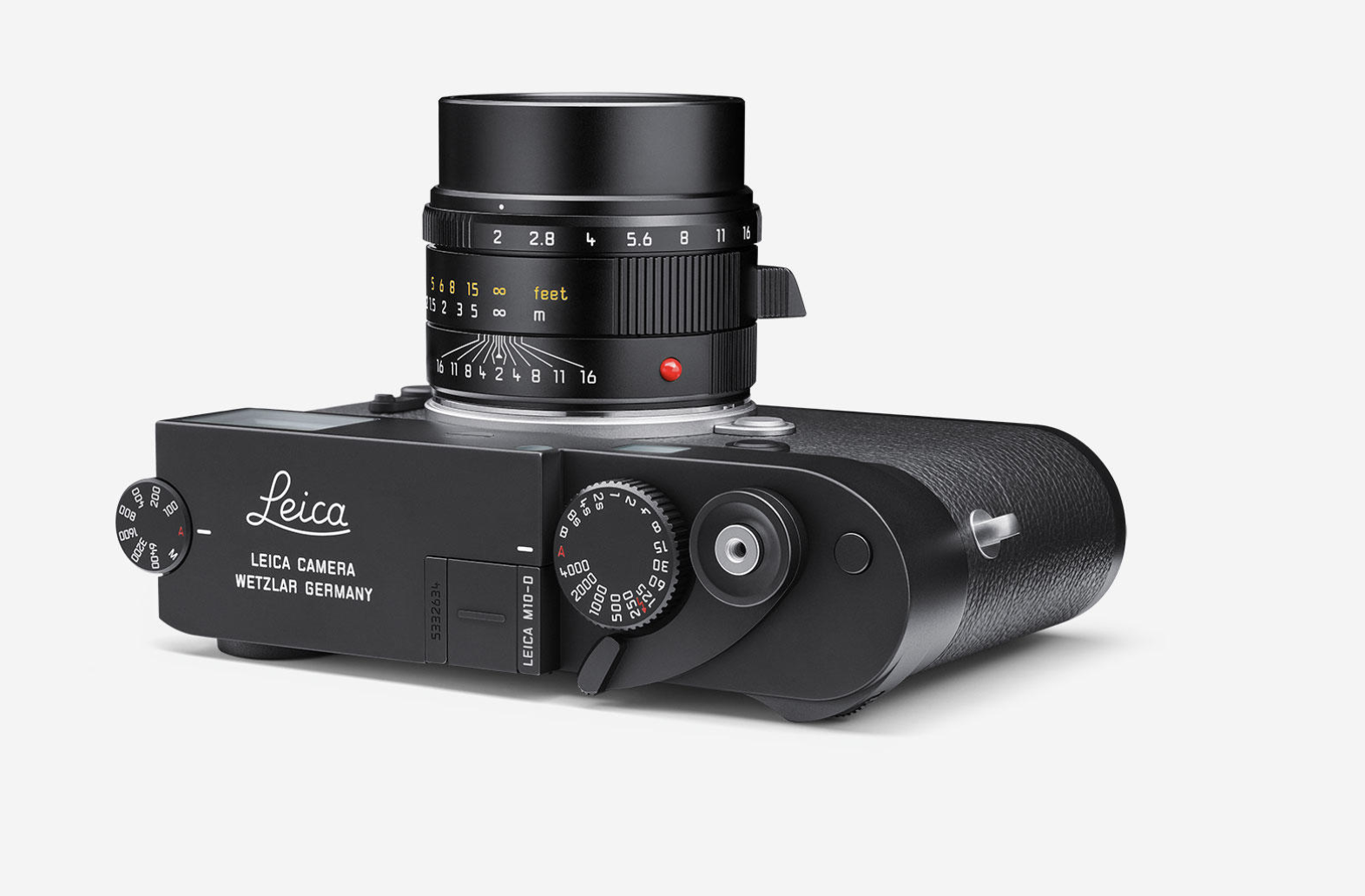 Personally I am thankful they still retained the SD card slot in the M10-D. That lever? A thumb-rest that is, my dear friend.

The Q was Leica’s first attempt at a Full frame autofocus (I have never counted the D-Lux series as Leica cameras) , but let’s not forget the Leica X, X2 and Typ113 and since then we have the Leica CL, TL2 and T ( all APSC ) series and quickly one realises Autofocus isn’t really that new and a big deal to Leica.

True competition to the Q came from the Sony RX1 which has since gone on to its newest generation 42 megapixels RX1r2 which honestly is a monster in performance with its exceptional fixed Zeiss 35mm F2 lens. 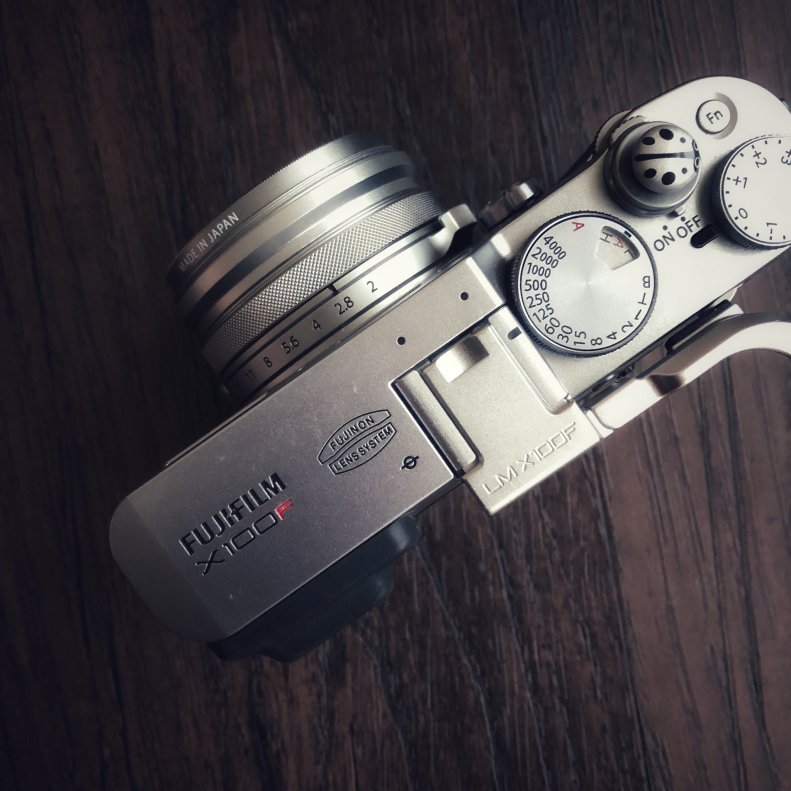 The Fujifilm X100F, the fourth iteration of a cult classic and still a favorite of mine.

My Q in Silver but with a Black Leica dot instead of the run of the mill Red.

Other than the excellent optics and the full frame 24 megapixels sensor, the handling of the lens elements makes up a huge part of why the Q is attractive, an aperture ring at the front, and a finger tab which one naturally depresses to move into Macro or Manual mode. This does also mean that most focusing needs can be handled without even spending an extra second in the menu system.

The hood is detachable, but I do not see why anyone will use the Q without the hood, it really protects the lens element and plus, it looks really sexy.

Using it for coming to 2 weeks has been a really different in a positive way experience. The Leica Q is obviously not as fast to focus as the newer generation cameras but it is fast enough.

And when you hit a keeper, you really can’t stop but to stare in awe at it. Even at 24 megapixels in a market moving towards 100 megapixels in 2019, somehow the images from Q plays by its own rules, tip-toeing that elusive balance between sharpness, bokeh and colours. 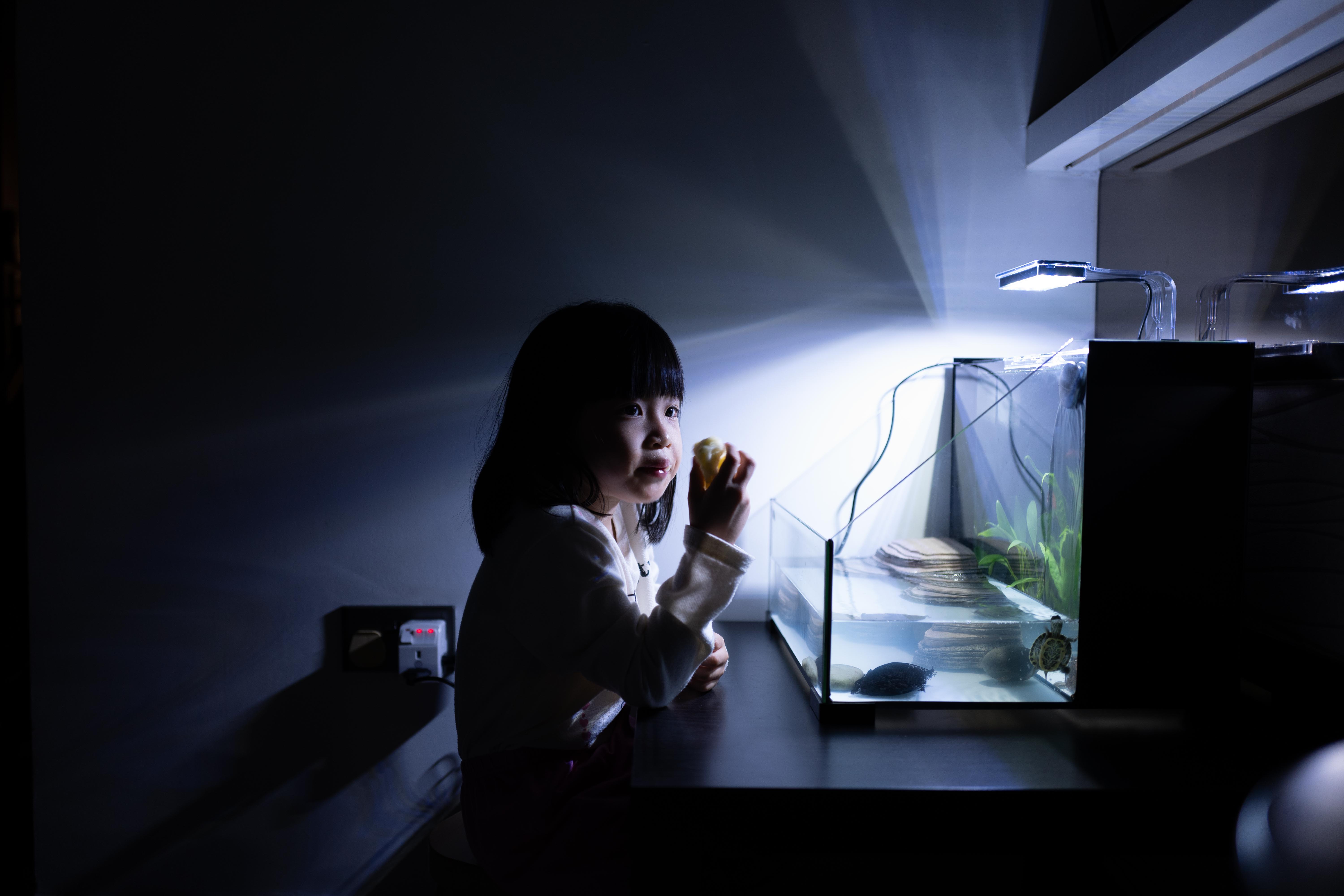 The camera doesn’t really hunt if one gets used to its AF system and its pretty good for what its supposed to do. It will not likely capture a bird in flight shot for example but for most shots, it will do and its back to the user in managing the system.

A surprise to me is the Q does 10 FPS, but like it or not, the Q does show its age as a 2015 camera without support for the fastest UHS-II or XQD cards, with files taking a while to write to the cards and when one does 10 FPS, do be prepared to wait a bit for the buffer to clear.

I do not use face-detection (it’s terrible on the Q) and use Single point with AF-S but have found this more than sufficient to work with.

If I can photograph kids playing around in an erratic manner, I don’t see why anyone will say the Q is slow to focus, moreover, I have shot older camera systems with worse and less trustworthy autofocus systems.

The Q has 49 focus points, probably 10% of what a Fujifilm X-T3 has (425 points) and even lesser than a Sony A7III (693 points) but somehow the 49 points on the Q works out well. In general, I use the D-pad to shift focus points or simply grab focus at the centre then shift the frame like what we have always done with the older generation clustered at centre AF points cameras.

The Q’s EVF is gorgeous, and is still one of the best in the market.

Unlike my Fujifilm cameras, I never use the JPEGs from the Q. If its SOOC JPEG, Fujifilm retains the crown for sure and I only work with the DNGs from the Q in LR and they turn out most flexible and beautiful to work with.

It’s been hotly debated and my take is the Leica Q is not a Leica M camera, I have shot the Leica M10 and the Typ 240 (M240) and they are not even close, but the Q is the closest one can get to the M if autofocus is a necessity. I have also shot the Leica CL and Leica T . and they are also different from the Q in terms of performance and image quality. 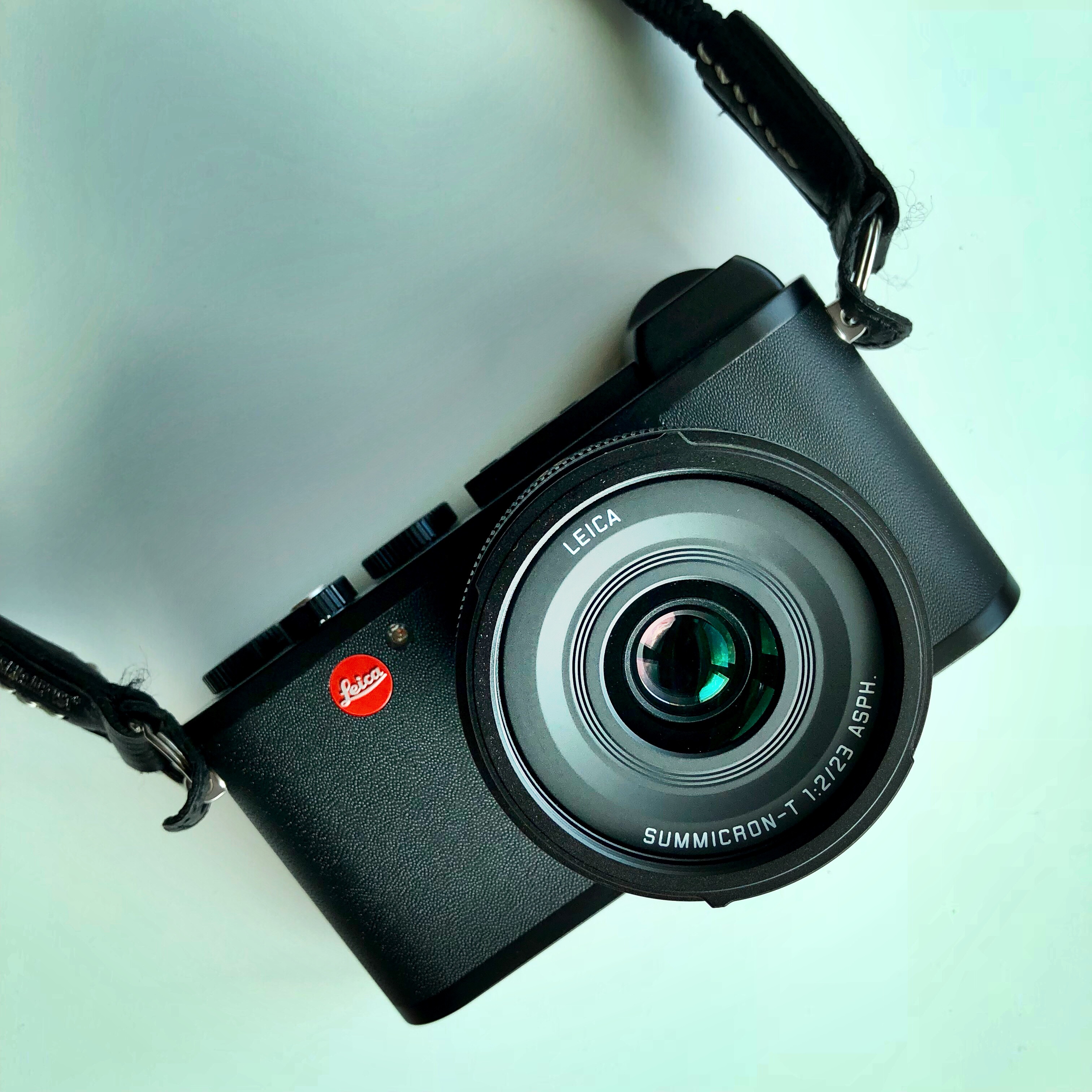 Like the Fujifilm X100 series which literally saved the company back then, the Q and X100 have easily stayed rooted in the minds of users as cameras representative of these few years.

Like the RX1r2, GR or the X100F, this is a camera you bring along wherever you go, where you get to focus on the moment and not having to fiddle with the concepts of which lens to choose or managing the weight of the system.

The Q will not and simply never be able to perform tracking and eye-detection or even video like the Sony A9 , Fujifilm X-T3 of today but then you do not get the Q to shoot what you plan to shoot with the A9 for example. Its at heart a camera designed to capture everyday moments, and some say, a street photographer’s camera (a tad too expensive at that) and for this, it does this job exceptionally well, even going on par or doing better than 2018 camera releases in terms of image quality and optics.

1. Black vs Red dot
If you have been curious, why a Black Leica Dot instead of the typical Red dot on my Q?

Here is the answer below and if one doesn’t know, all these dots are basically stickers on the Leica bodies that anyone with patience can swap out easily – and not which one needs to pay an extra USD400 to obtain a dot-less version they label as the Q-P)

In the same week this sharing for the Q was released, Leica announced the Q-P, the ‘stealthier’ iteration of the Q and I had a test-drive of the Q-P on the 9 Nov 2018.

with all other specs being the same down to the imaging sensor and processor so yes, your images will turn out exactly the same.

My thoughts after spending around an hour with it is the Q-P is basically just another iteration of the Q in another colour scheme and exterior shell, similar to the design ideas behind the Leica Q Silver, Titanium, Snow, Red and Silver variants.

A surprise is that the matte finish is an improvement in that it provides a better hold due to the material surface being grippier and that Leica has done right this round as the matte finish extends around the whole camera body for an uniform finish.

However, try as I might, I could not discern any differences between the shutter mechanisms of the Q and Q-P.

In a way, I wouldn’t be upgrading from the Q to the Q-P. If Leica had been more ‘courageous’ and improved the buffer and provided UHS-II support and weather resistance on the Q-P it would have been more worthier improvements.